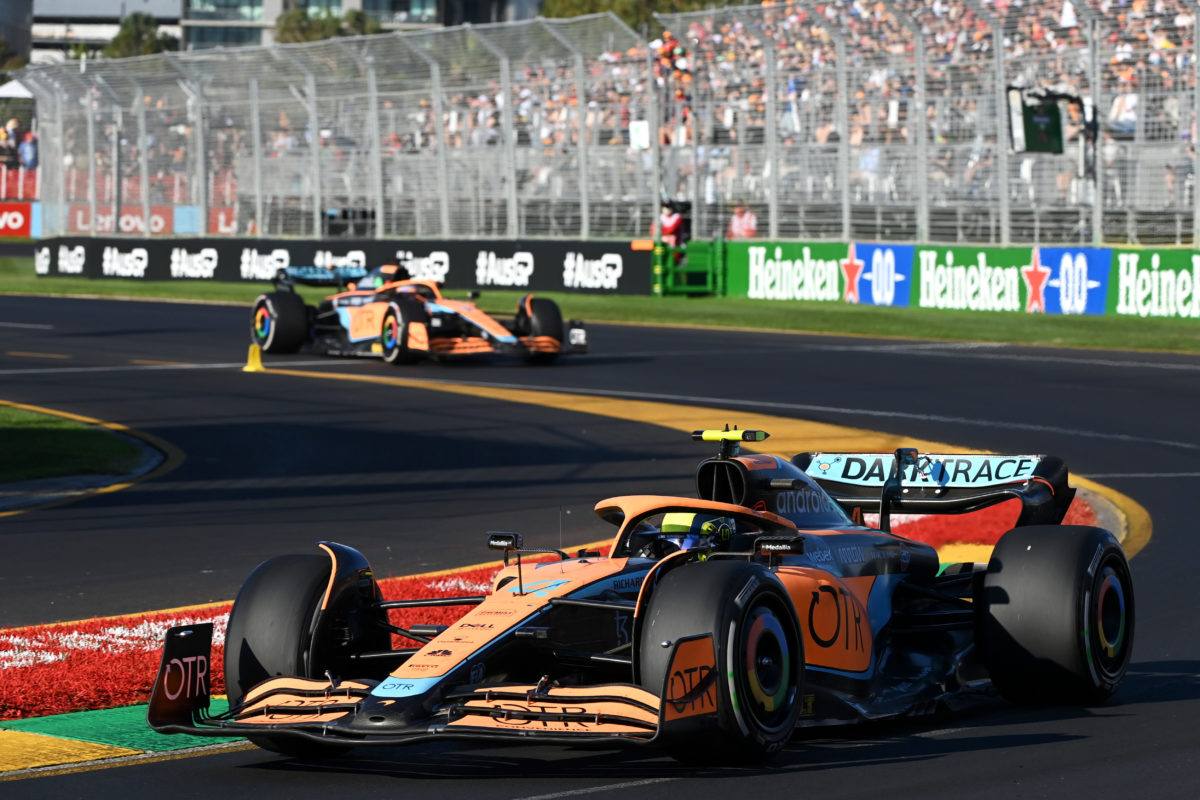 Daniel Ricciardo and Lando Norris marked a turning point in the 2022 Formula 1 season for McLaren after both drivers scored points at Albert Park.

Team boss Andreas Seidl confessed after the race that fifth and sixth on Sunday was the best the team could currently hope for.

McLaren endured a difficult opening to the current campaign, ending the Bahrain Grand Prix outside the top 10 on raw pace before Ricciardo retired in Saudi Arabia a week later.

That in turn followed a mixed pre-season in which the squad showed strong form at the opening three-day test in Barcelona, only to be severely impacted by braking issues at the final three days in Sakhir.

Add into the mix a positive coronavirus test for Ricciardo which ruled him out of that test and it made for a difficult start for the team which finished fourth in the 2021 constructors’ championship.

“After Bahrain, I was obviously still very positive and I knew we could make a turnaround,” Ricciardo said after Sunday’s race.

“Didn’t think it would happen already, so for that reason, I’ll definitely take it.”

The Australian’s comments come at a time when Seidl continues to ask for patience as he looks to temper expectations.

While McLaren is now fourth in the constructors’ championship, it recorded a double-points result on a weekend when Carlos Sainz crashed out and Fernando Alonso’s strategy was heavily compromised by an ill-timed Safety Car.

“In the end the result like [in Melbourne is] just great motivation for everyone in the team to keep working hard, because we obviously have a realistic picture of where we are with our car at the moment,” Seidl said.

“I think they’re in a position to moving forward now with the current package to fight for top 10 results, which is, let’s say, a step forward compared to where we were at the beginning of the season.

“But it’s obviously not where we want to be as a team and so heads down, let’s not get overexcited and just keep working hard.”

On balance, the pecking order has been headed by Ferrari and Red Bull, with Mercedes a clear third best in race trim.

Thereafter, Alpine looks to have the upper hand in terms of pace over the other midfield runners, while Haas, Alfa Romeo Sauber, AlphaTauri, and McLaren have also shown strong form.

At best, McLaren is among that gaggle, though there remains a degree of circuit dependence to that, a point which looks likely to push McLaren down that list for at least the early part of the year.

“We have a clear plan in place now of what we need to go with the car in terms of making steps in terms of performance.

“This will take a bit of time, so we need to be patient, despite all the ambition.

“But most important thing is we have a clear plan that we execute.”

However, he does share Ricciardo’s optimism that Albert Park was something of a line in the sand.

“If you look at the start of the season, it’s definitely a turnaround – first time two cars in the points,” he said when asked by Speedcafe.com how Ricciardo’s comments fit his pleas for patience.

“But again, we know exactly where we are in terms of the package at the moment. We know about the weaknesses, but the strengths as well.

“We know that, when you look at the qualifying result and the race result [on Sunday] that we are missing a second.

“That’s not a situation that we are happy or satisfied with. It’s a good step forward again, that we made, so very happy with that, but obviously ambition is to get closer to the front.

“And that’s what drives us every morning.”

Formula 1 heads next to Imola for the Emilia Romagna Grand Prix on April 22-24, a race for which Norris narrowly missed out on pole position for last year, going on to record his first of four podiums for the season.