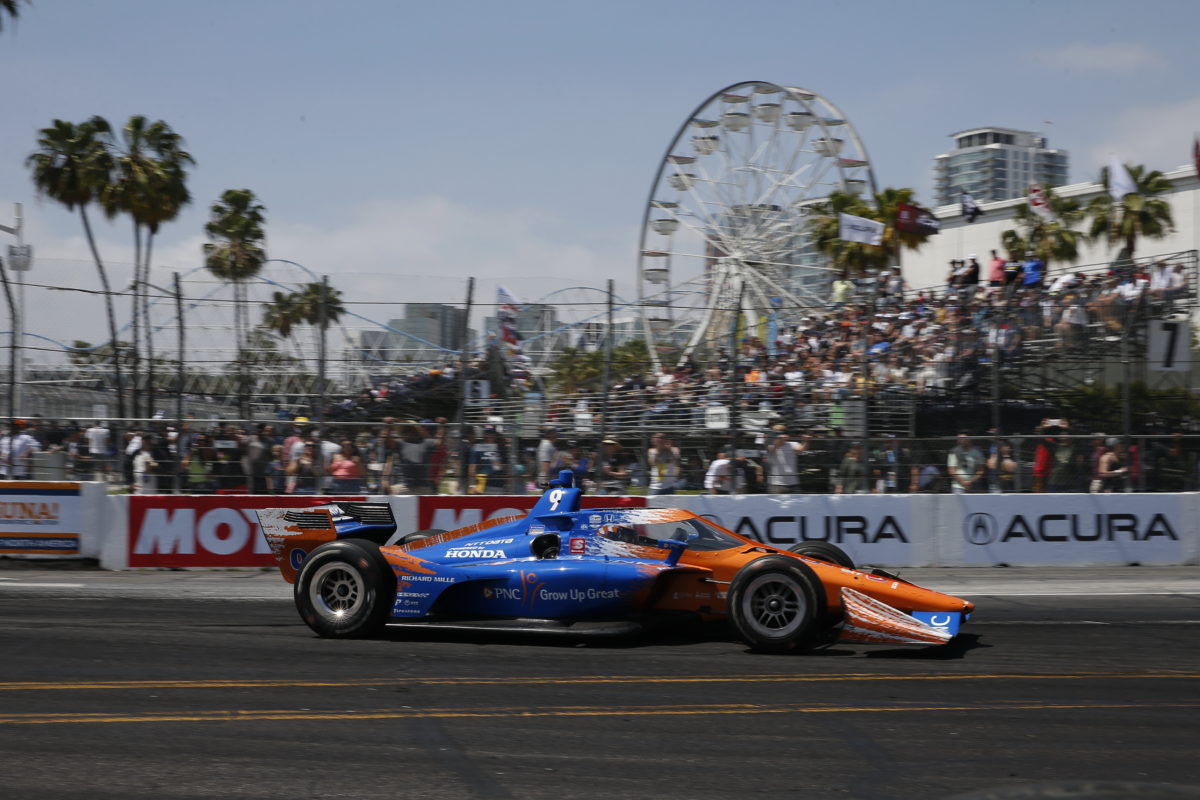 Scott Dixon says that his #9 IndyCar crew needs to improve after salvaging a finish of sixth from 16th on the starting grid at the Grand Prix of Long Beach.

The six-time IndyCar champion occupies fifth in the series standings after the first three races of 2022, having finished eighth in St Petersburg and fifth at Texas.

While there was an element of strategic misfortune at St Petersburg, the front-runners there opted for a two-stopper whereas Chip Ganassi Racing had put Car #9 onto a three-stopper after failing to make the Fast Six in qualifying and then emerging seventh in the opening corners of the race.

As for the drivers currently above Dixon on the points table, three have multiple podiums already, and Will Power has an ultra-consistent form line of a third, fourth, and fourth.

Furthermore, one position behind in the series standings is Romain Grosjean, whose fifth and then second placing on the street circuits thus far bookend a 26th at Texas due to an engine issue.

Summarising his race day at Long Beach, Dixon said, “good points day, we made some inroads on the championship lead, which is good, but we’ve got to get our act together.

“We’ve got to make sure that we’re getting everything and the maximum out of it, because the competition is super-tough this year.”

The New Zealander was a shock failure to advance from the first round of qualifying in California, which he put down to the #9 Honda being “undriveable”.

While the bottom three took free stops under the Lap 6 Caution period, Dixon was the very first into the pits who could conceivably make a two-stopper work when he filed into the lane on Lap 21, by which time he had only risen to 15th position.

The relatively long journey to the end of Lap 85 was then split evenly, Car #9 emerging sixth from the second pit stop cycle after stretching the stint in question to Lap 53.

That was where it would finish, despite the contest turning into a messy one in which Dixon even ran into team-mate Marcus Ericsson as a result of the Swede hitting the wall exiting Turn 4 upon the second restart.

“Honestly, it started with qualifying,” recalled the ‘Iceman’.

“We had a big mistake on the car which cost us to try and even make it through Q1 because it was undriveable.

“Definitely bummed for the PNC Bank [crew], who are a great team; they did a hell of a job [in the race].

“We were super-aggressive on strategy; I think on that first sequence we jumped 10 cars.

“We had to give up a little bit, trying to save fuel, but honestly, I think people thought it was crazy, the lap that we pitted on, and still that Honda engine got us all the way through there, so kudos to HPD and Honda.”

While Dixon somehow escaped the collision with Ericsson, emerging a net unchanged sixth from that kerfuffle, fellow CGR driver Jimmie Johnson is awaiting further medical advice on the hand which he broke in a practice crash.

Next up for the IndyCar field is an open test at Indianapolis on April 20-21 (local time).

The fourth race of the season takes place at Barber Motorsports Park on the weekend of April 29-May 1, and will be streamed live and ad-free on Stan Sport.