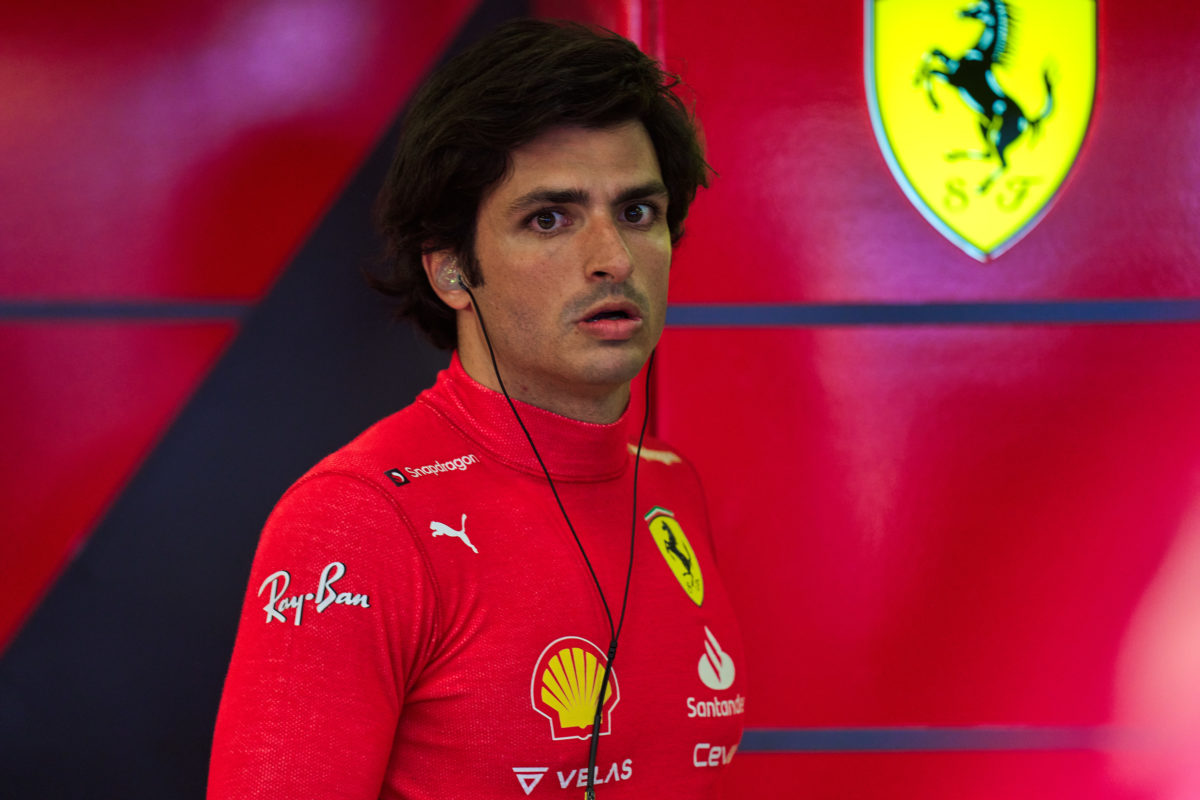 A last minute steering wheel change ahead of the Formula 1 Australian Grand Prix played a key role in Carlos Sainz’s early retirement from the race.

The Ferrari driver took the start only ninth and was a Lap 2 retirement after spinning out having dropped to 14th following a sluggish getaway.

It ended a tough weekend which saw him overshadowed by Charles Leclerc, who claimed his second win of the season after qualifying on pole.

Sainz failed to get a representative flying lap in during the latter moments of Qualifying 3, the team sending him out too late to complete a prep-lap prior to his final flyer.

Even still, the pace of the Ferrari was such that, in normal circumstances, a strong points-paying finish was a realistic target if not for his Lap 2 retirement.

“I did a mistake misjudging the grip for sure,” he said.

“What was clearly not right today was we again had issues with the steering wheel.

“So I started with hards and with anti-stall so was on the back foot,” he continued.

In the hands of Leclerc, the F1-75 was the car to have in Albert Park, the Monegasque easing to victory by more than 20 seconds having held a comfortable margin in hand such that he could control the race.

Even allowing for the slow start, it’s not unrealistic to have expected Sainz to have quickly made his way back forward in normal circumstances, a point he concedes.

“This car in the worse possible scenario was able do a top-four with a good comeback,” he said.

“We need to be more perfect as a team and this weekend we clearly haven’t been.”

Ferrari remains atop the constructors’ championship, a competition it would lead even with only Leclerc’s points tally, having won two of the opening three races.

The result for Sainz in Melbourne was the first black mark to the team’s name, the first time one of its drivers had not appeared on the podium in 2022.

“We have not been perfect,” Sainz said of his Australian GP weekend.

“It’s been a bit of disaster, so we need to learn from it and I was the first one to make a mistake.

“Definitely the cars are bit trickier,” he added.

“The hard tyres are harder – they are more difficult to manage in starts and [on Sunday] I paid the price of it.

“Of course there is human error, especially at the beginning of the season until we learn these cars.

“But that is no excuse, I should not have done that mistake and we should not be having the problems with the steering that we have had.”

The next round of the Formula 1 championship takes teams to Imola for the Emilia Romagna Grand Prix, a Sprint format weekend, on April 22-24.