Slade a standout despite skeleton crew

Slade a standout despite skeleton crew 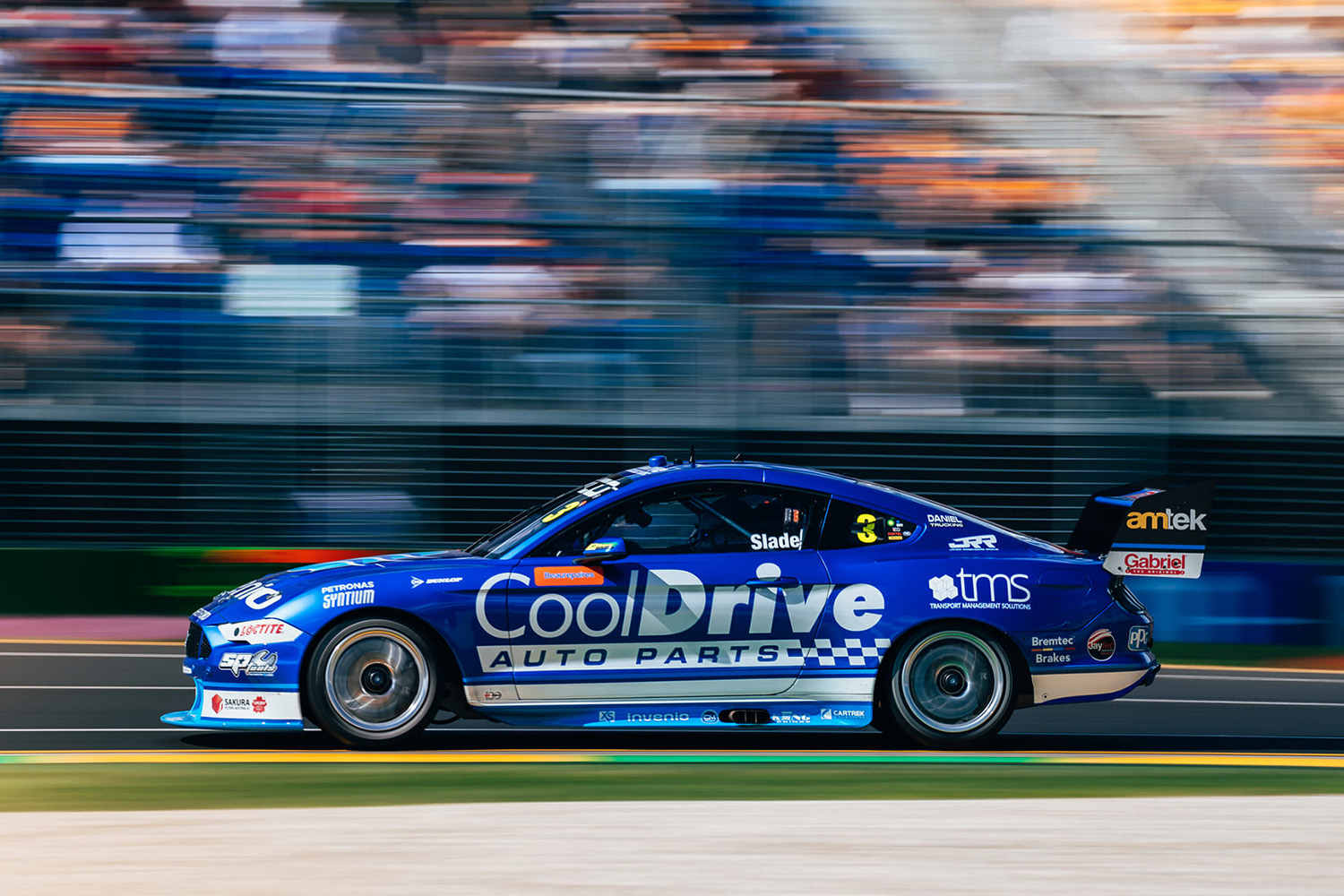 A breakthrough podium continues to elude CoolDrive Racing, though there’s reason for optimism in the Box Hill camp.

The Melbourne 400 saw Tim Slade fly under the radar, but by the end of the weekend he could claim the accolade of being the top Ford Mustang driver over the four races.

Slade improved on his starting spot in all but Race 8, going from 12th to fourth, 20th to eighth, fifth to seventh, and eighth to fourth.

It all came despite the Blanchard Racing Team running a skeleton crew in the lead-up to the event.

“It’s been a pretty crazy turnaround for the team since Tassie,” said the #3 driver.

“I think at one point – well, there’s only five of us in the workshop anyway – but we were down to two people.

“One had COVID, one had some family issues, one’s dog ran away. So the guys have been working flat out, the ones that could work, rebuilding [rattle] guns in the truck.

“We had a pretty difficult first day but Mirko [De Rosa, race engineer] worked his magic as he does overnight from Thursday to Friday and gave us a really fast car.

“The guys are continually improving the stops, I think the last stop was the best, so that’s all we can ask for, is that we keep on improving.

“It was an awesome weekend, just missed out on a trophy a couple of times, but I’d rather keep being consistently up there than the odd trophy here and there.

“So awesome job by the whole team.”

Nevertheless, he was optimistic that the team has top five pace to contend regularly.

“We had pretty good pace all weekend but it was still a bit too up-and-down for us,” said Blanchard.

“It was only a couple of small issues that stopped us converting.

“Qualifying fifth for the Sunday morning race shows that Tim Slade has good pace, so we’ve just got to keep plugging away

“It’s a bit frustrating that we still haven’t got a podium, but I know if we can keep lobbing the car into the top 10 then it is going to happen.

“We gave the car a bit of a tune-up on Thursday night and it gave us a good turnaround.

“We’ve been in the mix all year and I think we’re now a genuine top 5 contender whenever we execute well.”

The Repco Supercars Championship continues at Wanneroo Raceway on April 30-May 1.