Anton De Pasquale recaps the Repco Supercars Championship’s return to Albert Park in support of the Formula 1 Australian Grand Prix. For his Shell V-Power Racing Team, it was another case of having excellent qualifying performance but no wins to show for it…

How good was it to have Formula 1 back in Melbourne?

Two years after being at the event that was cut short, the Australian Grand Prix came back bigger and better. It was such a cool event. Probably one of the best F1 events I’ve been to.

The crowd was off the charts and the track changes made for some cool racing.

For us in Supercars land, it’s a bit of a change being a support category but to be on an F1 event is pretty damn awesome.

The weekend was a tale of two halves for the Shell V-Power Racing Team. Our one-lap pace in quali was good but our race pace was not as good.

It was actually super interesting with the tyres. I don’t know if we’ve ever seen a hard tyre prevailing over a soft tyre, in any form.

But as we learnt the hard way, the soft tyre didn’t deg, it just kind of would fall apart.

We didn’t predict it to be quite so bad and got caught out pretty aggressively in the first race.

We had put ourselves in a position to have a crack at the race win and our strategy made sense with what we knew at the time, but soon enough I was getting the message to look after the tyres because others had run into trouble on the softs.

Both Will and I hung on pretty well but the softs just couldn’t handle the constant high-speed load and the temps that come with that. Pretty much every tyre on the car ended up blistered and destroyed, and what made it worse was that it let go into Turn 1, so we lost so much time dawdling back to the pits.

Hindsight is amazing. But that’s how it goes in motorsport.

After a couple of shockers, we made some good headway, especially on the soft tyre, and managed a couple of decent races.

Getting a trophy from the last race and running up the front with Will was a good note to end on before being able to relax and watch the F1 race from the Shell V-Power Racing Team suite just above our garage, which was cool. 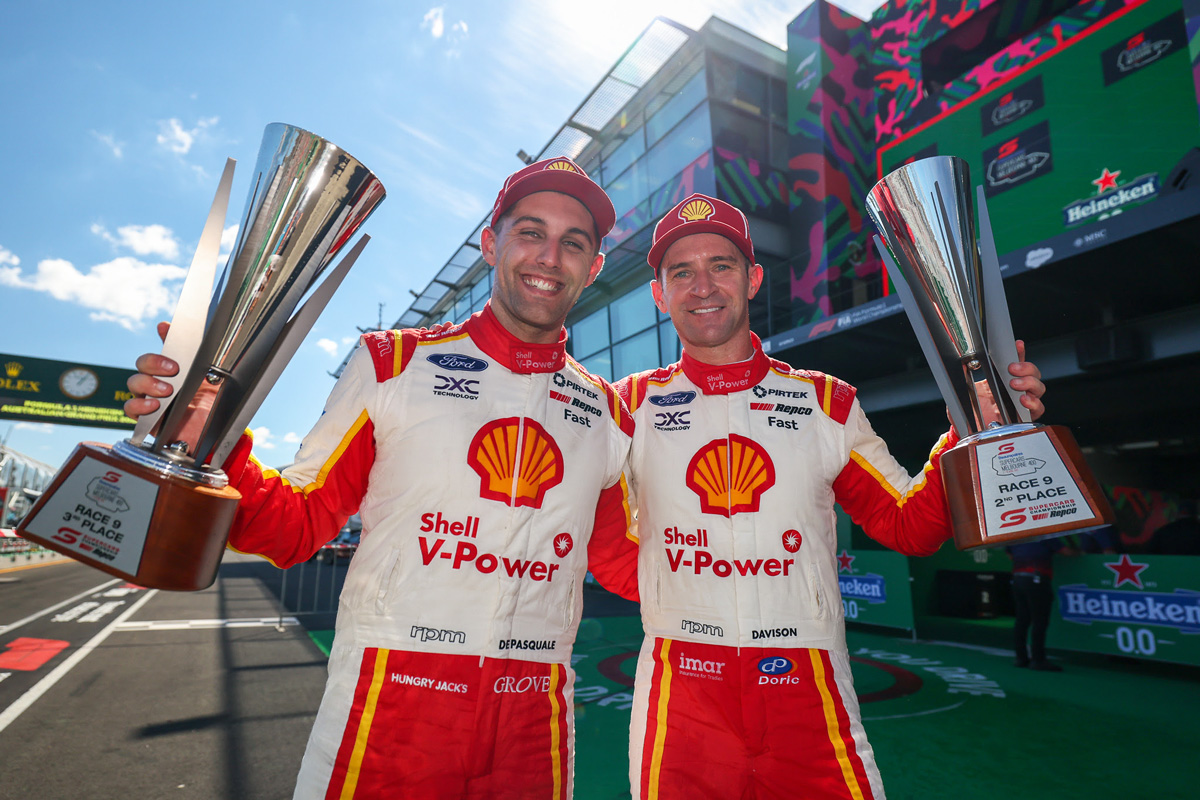 We spent yesterday and today at Phillip Island as the Gen3 cars headed down for testing around what is one of the great circuits we have in Australia.

All in all, we are still second in the championship.

It’s not a disaster but we haven’t quite had the pace to win some races.

We have been very close, a couple of things go our way and we’re there. We’re working pretty hard but we’re not out there to come second.

As good as it still is, we want to win. That’s me, Will, the whole team. So that’s the constant aim.

We’re not far away, we have just got to keep tuning a couple of things up, nail things on the day, and that’s how you win races in this game. If you’re not doing it, then someone else is, and that’s sort of where the field is at, which is good for the sport.

Next up is Perth, another place we haven’t raced at since 2019.

Last time we went there, the track had been resurfaced and it was really interesting.

It’s been three years since then so we’ll see when we get there what it’s like.

We’re there or thereabouts, we just need to nail it on the day and we’re as good a chance as anyone.

Thanks for your support and bring on Perth.