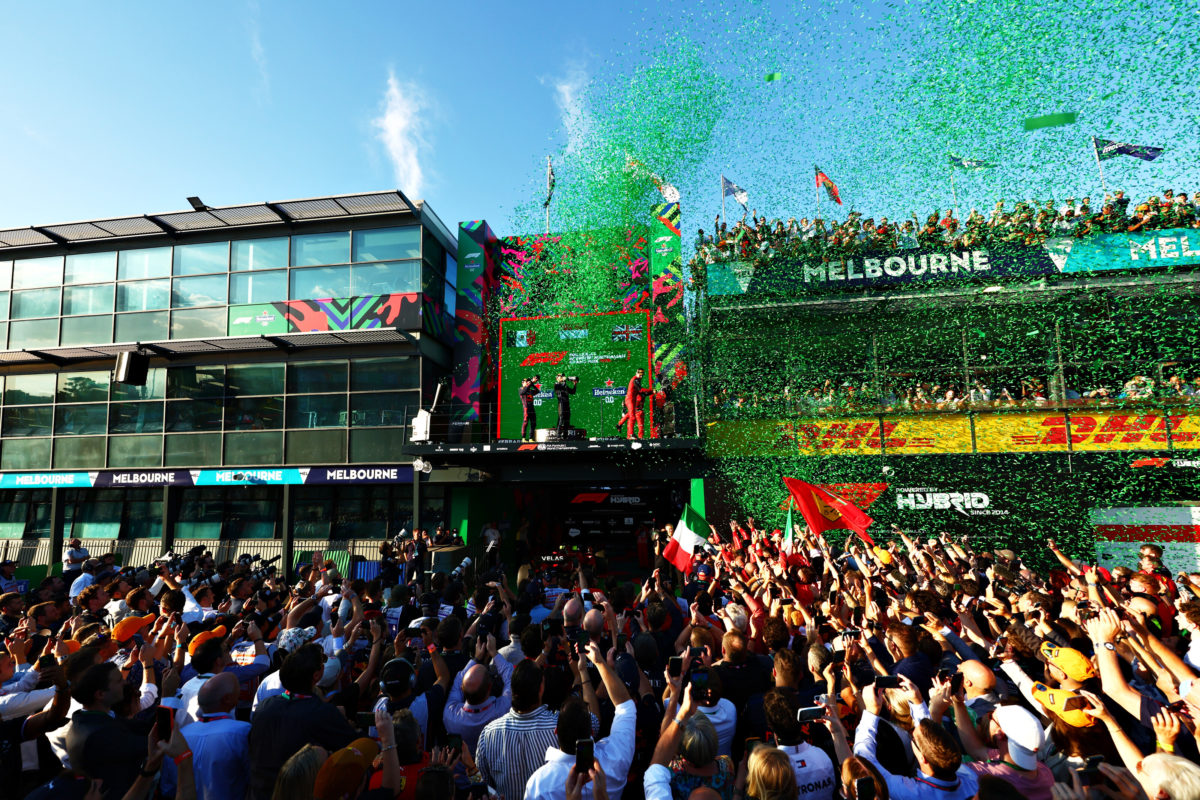 Albert Park welcomed more than 419,000 people over the weekend

The success of the weekend’s Formula 1 Australian Grand Prix has offered a baseline for preparations for next year’s event according to Andrew Westacott.

The chief executive officer of the Australian Grand Prix Corporation, Westacott painted a happy figure in the paddock following the conclusion of Sunday’s race.

In a way, the event finally closed the book on the 2020 event which was cancelled before an F1 car took to the Albert Park circuit, while opening a promising new chapter as the sport looks to appeal to a new fanbase.

Formula 1 has enjoyed a strong rise in popularity globally, a point reflected locally both in terms of rising television audiences but also ticket sales in Melbourne.

It was by all measures a success, one which left Westacott enthused as he looks to now take stock ahead of planning for the 2023 edition.

“There is nothing other than just satisfaction and happiness on the faces of every race fan in Australia,” Westacott told Speedcafe.com.

“Everyone at the Australian Grand Prix Corporation, and every Melburnian, should be really proud about the capability of this city to put on major events.

“It gives us a really good baseline to say what’s possible in every aspect, from an entertainment point of view, from a super screens view, ingress and egress…” he added.

“What you’re doing, the major events industry, is you deliver. And we’ve still got to deliver whilst we’re talking here, post event.

“It’s debriefing, wrapping up, closing out with all our partners, whether they be suppliers of hospitality or our customer base, across all fan categories.

“And then we’ll have a really good look at design, MotoGP, deliver MotoGP, and be back in 12 months’ time to hopefully deliver an even better event.”

Attendance over the weekend could feasibly have been higher, with organisers choosing to cap crowd numbers.

“Then we can balance that because we’ve seen 125, 130 on Sunday, Saturday, and was about 112 on Friday. That means the venue is designed to fit that number.

The focus for Westacott and his team looking towards 2023 is on bringing up the crowd on Thursday, which this year was 55,000.

Exactly when next year’s race will feature in the calendar is uncertain.

While traditionally Melbourne has been the season opener, Westacott has previously confessed that is no longer an assurance.

Ramadan next year could force F1 into bringing the start of the season earlier, or even see Albert Park regain its place as the first round, though that is not set to be discussed in detail until later in the year.

It is, however, expected that the Australian Grand Prix will be paired with another event in the region, with the returning Chinese Grand Prix an obvious candidate.

However, there is talk of other events, including a return to Malaysia, which could also fit nicely.

Teams last weekend voiced their concerns about the make-up of this year’s calendar, specifically the demands of travel and logistical costs given Australia is effectively a standalone event after the year started in the Middle East, and heads next to Europe.

“I don’t think it matters as much,” Westacott said of where Melbourne appears on the calendar.

“What we’re going to do is make sure and the really important thing is make sure that we can have the affordability of airline flights here so that we get the international journalism contingent here to Melbourne.

“[That’s] something I’m going to be focusing on for the next 12 months, it’s a really important thing for us to do.

“Whether that’s first race, second race or third race, I’m not as fussed about.

“I know the teams want to start the season here, I’d love to have that as well, so all options are on the table.

“We’ll talk about that with Formula 1 over April, May, June, and maybe even to July.”

What can be ruled out is a mid-season berth, with the weather in Melbourne less hospitable, and F1 unlikely to leave the European summer for winter in the southern hemisphere.

“Every one of these regional locations has got a sensible and best time to do it, and that’s going to be probably in those autumn or springtime things, or in a benign summer environment, not a harsh summer environment.”