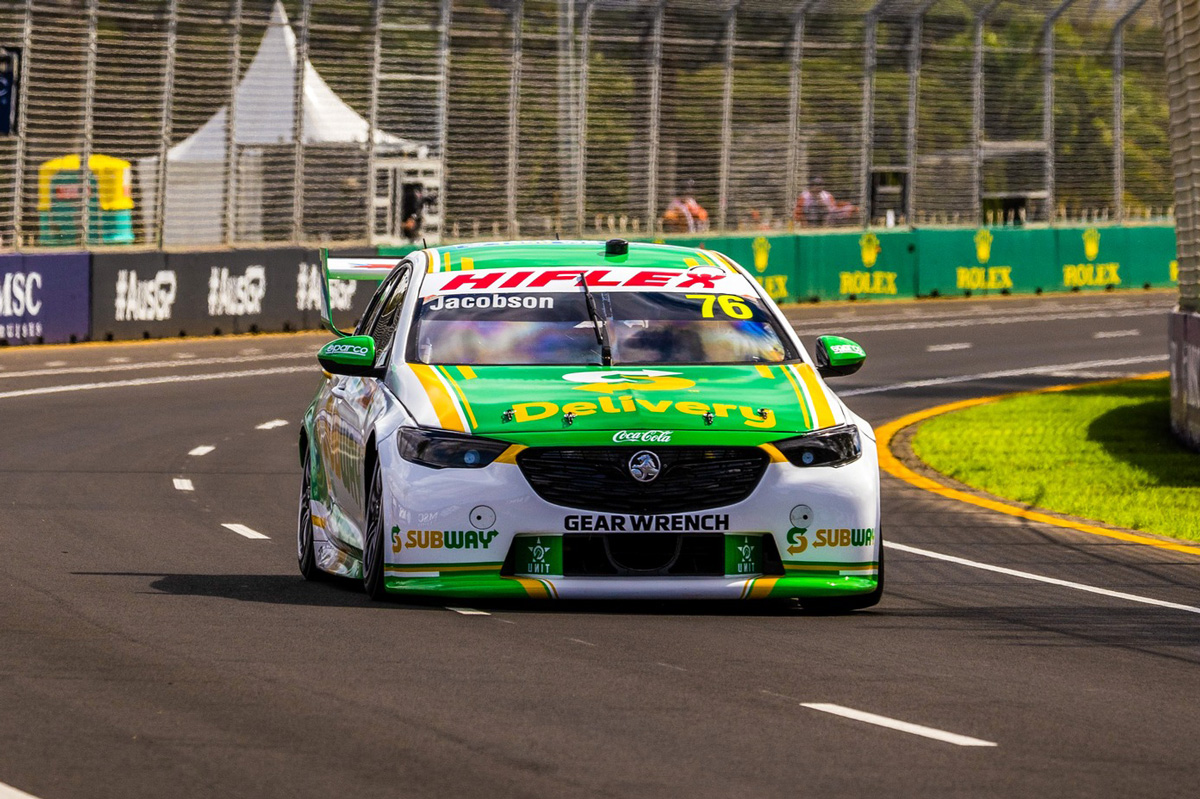 PremiAir Racing is on a high after tasting success on both the west and east coast of Australia.

The newly established Supercars squad on Friday at Albert Park took its first top 10 race result via Garry Jacobson with ninth, and backed that up a day later with sixth in Race 7 and 10th in Race 8.

Those breakthroughs came in the absence of team owner Peter Xiberras, who himself was competing in the Perth round of the Burson Auto Parts Australian Top Fuel Championship.

There, Xiberras made the A-final, and walked away “grinning ear to ear” despite finishing runner-up to Damien Harris.

“It was a new experience for me also to be keeping an eye on the Supercars side of the team from afar, but I am very proud of the job everyone did in Melbourne,” said Xiberras.

“The results show that we are already making great strides forward even though it is early in our development, and we won’t be stopping anytime soon.

“Ironically the next round of the Supercars title is in Perth, so we will be back over west very soon and we are already hard at work to make sure we can capitalise on the steps forward we have made this weekend and keep on improving.”

Team manager Dan Ensor took charge on the ground, and was stoked with how things played out.

“The boys really focused on the preparation of the cars, although we stayed away and prepped in Tassie, the boys really knuckled down.

“It’s a massive morale booster for the team… there’s three or four guys that have been there from Day 1 like myself.

“Sleep has been at a premium. I haven’t seen my own house for five weeks, so it’s just a massive morale boost really, to get into the top 10 and to show that we can do it.

“We’re giving Garry a car that he deserves and he can drive it from 21st to sixth and that’s a massive bonus.

“We need to sharpen up our pit stops and all that sort of stuff, we are still losing time there, but I’m involved in that as well so it’s all of us.

“It’s a massive team effort and we’re getting there.”

While Jacobson gained at least five places in every race, it wasn’t quite as straightforward a weekend for team-mate Chris Pither, who wound up with results of 24th, 16th, 19th and 21st.

“Lady Luck wasn’t on our side a number of times with things that were out of our hands compromising results, but the guys dug deep and kept pushing forward and working hard to make the car the best it could be,” said the Kiwi.

“They really did the job for the last race, and we had a car that was capable of a strong result, and I really appreciate the effort by all involved.”

Pither was left disappointed by a penalty that derailed his Race 9 hopes.

“We were on track for a strong result, we had a really good first few laps and made up a number of positions and were moving forward, but we ended up receiving a pit lane penalty for a safety car breach,” he continued.

“From the driver’s seat, I feel like I was well and truly past the other car well before the safety car boards and flags were out, so it was disappointing to receive that penalty when I feel it was a clearly different picture, but it is what it is, and we can’t change that.”

Just one point separates Pither and Jacobson, the #22 Coca-Cola driver ahead.