Perez: Ferrari ‘on another level’ in Australian GP

Perez: Ferrari ‘on another level’ in Australian GP 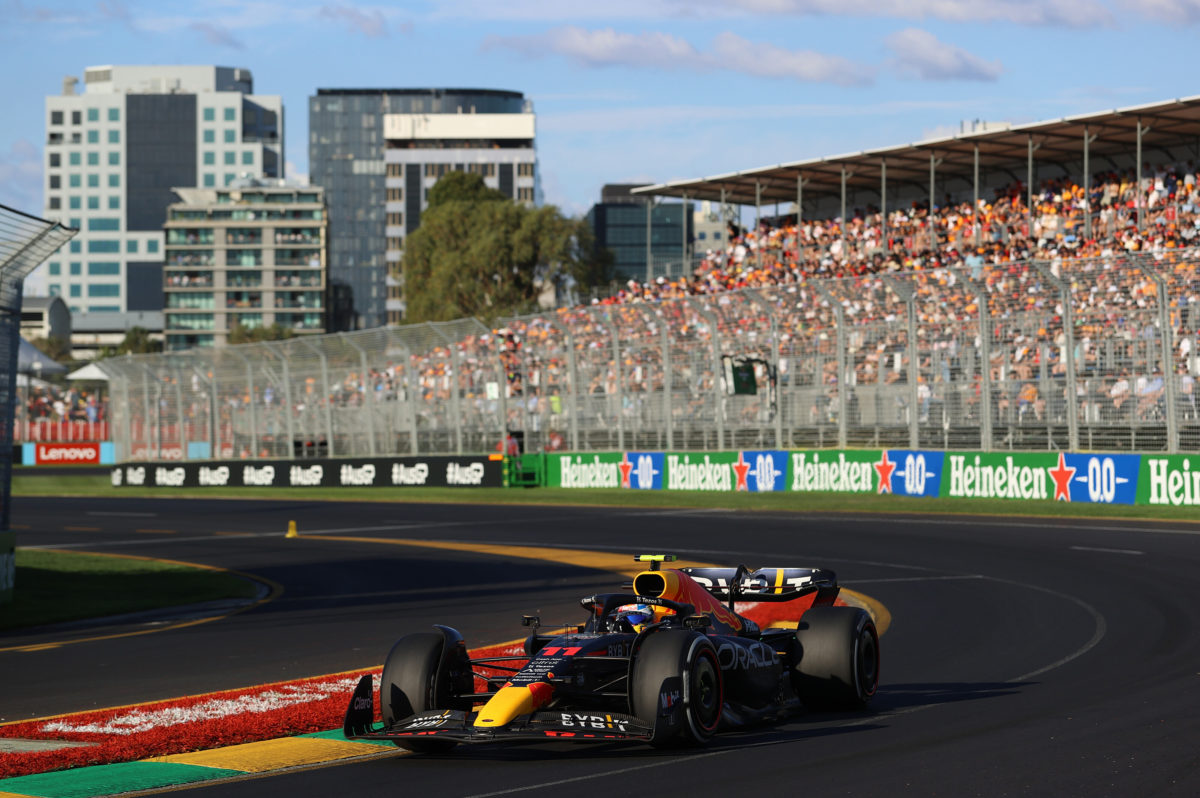 Second placed finisher Sergio Perez has confessed he had no answer to Charles Leclerc as the Ferrari driver cantered to victory in Sunday’s Formula 1 Australian Grand Prix.

Leclerc crossed the line 20 seconds clear of the sole remaining Red Bull at the end of 58 laps of racing, which featured two Safety Car interruptions.

One of those came for Carlos Sainz after the Spaniard’s race ended early after spinning out while buried in the pack.

He’d endured a troubled qualifying in which he wasn’t able to bank a representative lap in Qualifying 3 and started just ninth, before a sluggish get away saw him swallowed by the field at the race start.

But while the second car struggled, the lead Ferrari took firm control of the race and was only briefly troubled after an understeer moment prior to the second Safety Car restart which gave Max Verstappen the opportunity to draw alongside.

The Dutchman was unable to make the move stick an ultimately retired, though Leclerc seemingly held a half-second advantage over his nearest rival regardless.

“I think Ferrari was super strong,” said Perez, who inherited second when Verstappen stopped with a fuel line issue.

“We couldn’t match them at any point. I think it’s the first weekend that they are a step ahead.

“We’ve been really close in qualifying, even [Saturday], I felt like we were a bit closer than we showed.

“But [Sunday], they went on another level,” he added.

“I think we also were a bit too poor with our balance. We took a bit of the wrong direction with the car, so I think there is a good analysis to be done.

“We ran the two cars very different, so I think also there’s a good analysis to do.

“I’m sure we will learn a lot from this weekend because we seem to be a bit harder on the tyres.”

After the opening three races of the year, Perez finds himself the lead Red bull driver, sitting fourth in the championship on 30 points.

Leclerc heads the drivers’ competition on 71, trailed by George Russell on 37 and then Sainz on 33.

Max Verstappen meanwhile lies sixth with just one finish from three starts while Red Bull sits third in the constructors’ championship on 55 points, 10 behind Mercedes, and 49 in arrears of Ferrari at the top of the standings.

Formula 1 moves on to the Emilia Romagna Grand Prix next, a race won by Verstappen a year ago, on April 22-24.