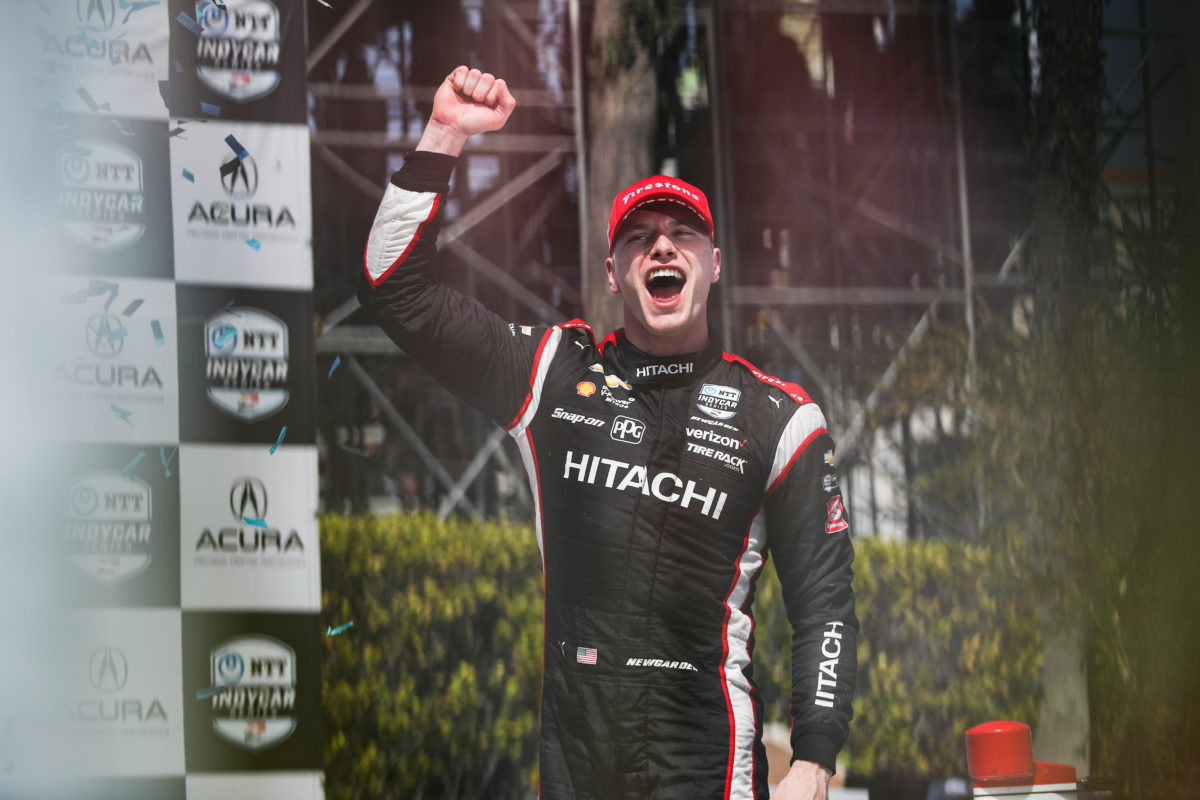 Josef Newgarden insists his win the IndyCar’s Grand Prix of Long Beach was “not a token victory” despite the race finishing under Caution.

The Team Penske driver grabbed first position when he jumped Alex Palou during the second and final pit stop cycle, officially leading the latter 31 of 85 laps.

However, he came under heavy pressure initially from Palou on that out lap, and then Romain Grosjean in the closing stages.

A third Caution period of the race set up a five-lap dash to the chequered flag, although that became four-and-a-half laps when Takuma Sato ended up in the barriers right near the end.

Still, Newgarden was almost eight tenths up on Grosjean when they had taken the white flag, the Andretti Autosport driver having exhausted his push-to-pass several laps earlier.

The two-time IndyCar champion felt he earned the win, having fought against Palou, Grosjean, and pole-sitter Colton Herta along the way, and twice had to deal with field stacking up behind him for restarts.

“I was glad it didn’t go yellow with three laps to go,” he said.

“I mean, it was half lap; you know, it seemed pretty much over at that point, barring me making an outrageous mistake with a couple [of] corners left.

“So, at least it wasn’t some token victory where the yellow was out really early.

“But, we had to work for it today. As soon as I got comfortable, I felt like a yellow came out and we had to pretty much go from zero again, and in some situations, fighting against a deficit with tyres.

“So, it was not easy today by any means.”

Newgarden’s win was his second in a row and saw him take over the series lead from team-mate Scott McLaughlin, who finished 14th after a mid-race spin.

It was also his first such triumph in arguably the biggest IndyCar race outside of the Indianapolis 500.

“Everyone looks at this place as a crown jewel of our sport and it would be an honour to win here, and you feel it within the team; the team was so pumped up to be able to win around this place.

“It does mean more than some other tracks, so I think that’s what adds to the difficulty.”

Next up is an open test at Indianapolis on April 20-21, then the Grand Prix of Alabama at Barber Motorsports Park on April 29-May 1 (both dates in local time).