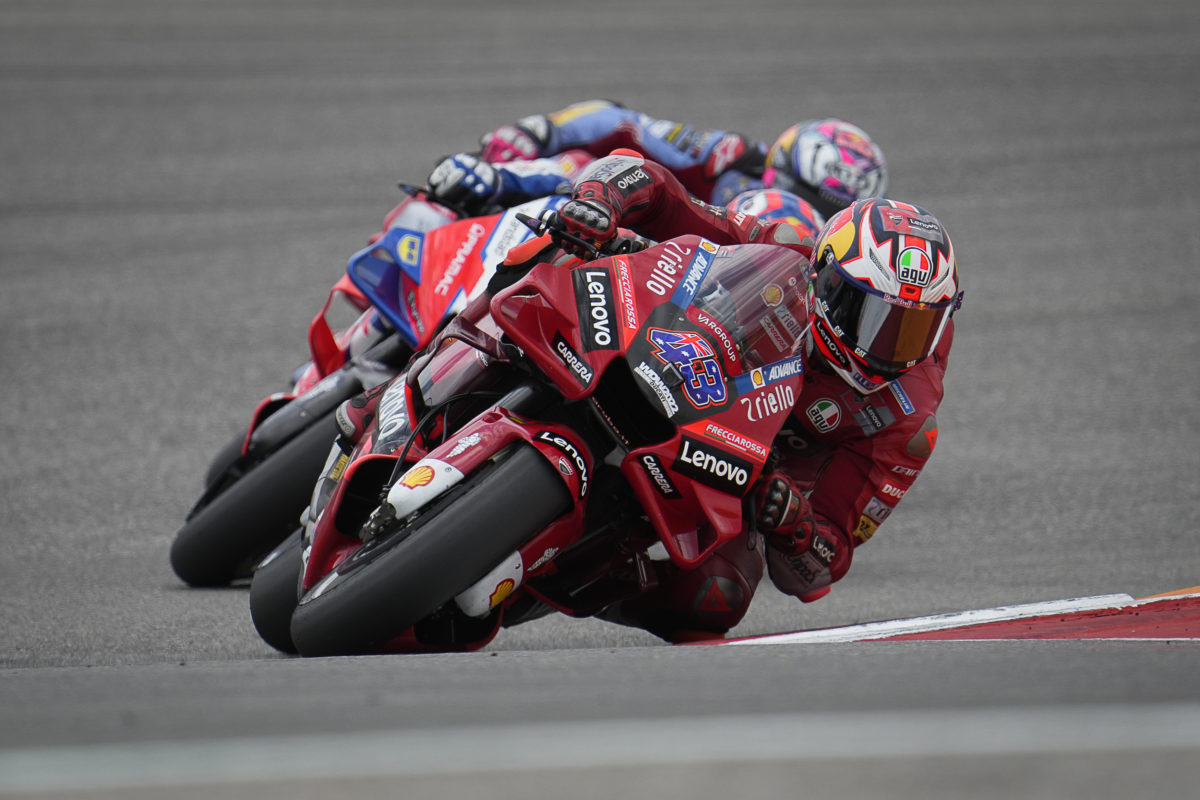 Jack Miller has been left to lament small mistakes after finishing third in the Grand Prix of the Americas, having led for the vast majority of proceedings.

The factory Ducati rider made a good launch from the middle of the front row and headed the field down the hill for the first time at the Circuit of The Americas.

He continued to hold first position until Lap 16, when eventual winner Enea Bastianini went by on his year-old Ducati down the back straight, before also ceding second on the 20th and final lap, to Suzuki’s Alex Rins.

Miller had led by almost 0.9s at the end of Lap 13, but gave Bastianini a free kick in running wide multiple times at the Turn 11 hairpin.

“I tried my best to kind of break away from these boys but they were pushing behind me and yeah, I just made a couple of slight mistakes.

“Then Enea was back on me and blitzed me down the back straight, and I was like, ‘Alright, be calm,’ sort of sitting behind and I’ll see what I could do towards the end of the race.

“But, next lap, we came around Turn 11 and he went deep, and honestly, I nearly ended up in the car park, so I followed him in.

“Then I just heard that Suzuki right next to me and I was like ‘Here we go, deja vu from last year,’ but it was Alex this time [rather than Joan Mir] and no, it was a nice clean battle there at the end.”

Still, the podium is Miller’s first of the year, and represents a major improvement from the Argentina Grand Prix a week earlier, when he started and finished 14th.

“My goal was just to try and get out front and get a clean nose and keep my head down and try and put the laps together,” he explained.

“[I’m] really happy to show that we’ve got the pace, at least for 16 laps, so we’ll find hopefully the next four laps over the next week and bring that to Portugal.”

Miller has risen to seventh in the championship, although is still 30 points away from the lead, as he was upon arrival to COTA.

Round 5 is the Portuguese Grand Prix, at Portimao on April 22-24.