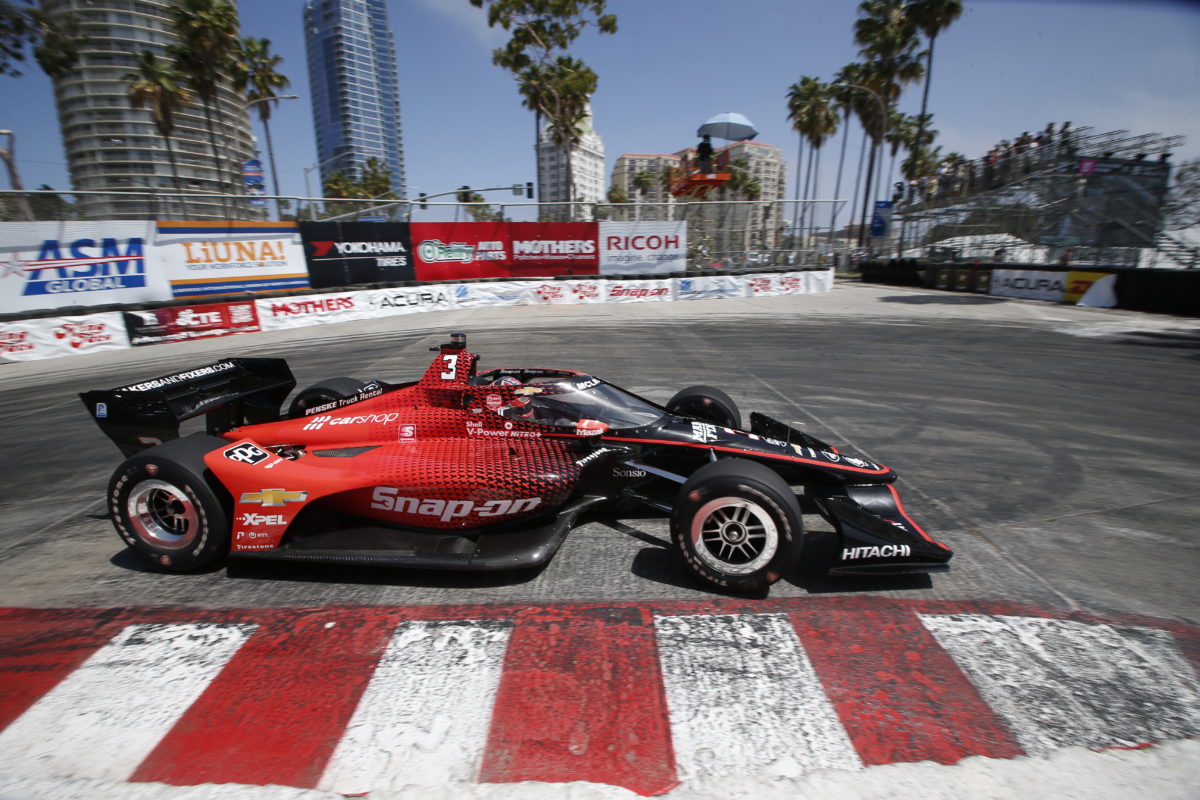 Scott McLaughlin is focusing on the positives despite the mistake which ultimately saw him finish 14th at Long Beach and lose the IndyCar Series lead.

The Team Penske driver was running ninth, just behind an off-sequence Tatiana Calderon, when he clipped the inside wall at the Turn 11 hairpin on Lap 33.

The impact turned the #3 Chevrolet around and while McLaughlin was able to continue, he had dropped all the way to 20th.

A further setback came on Lap 59 when Rinus VeeKay slowed as a result of the incident between Takuma Sato and Simon Pagenaud which saw the latter end up on the garden next to Long Beach’s famous fountain.

With nowhere to go, McLaughlin gave VeeKay’s #21 Ed Carpenter Racing entry a nudge, before taking a third pit stop under the Caution which ensued to recover Pagenaud’s car.

Car #3 resumed in 17th at the next restart, and the New Zealander would only make one more on-track pass in the 20 laps to the chequered flag.

“We had good pace but I made a mistake on the second exchange,” admitted McLaughlin.

“It was bad judgement. I clipped the inside wall which spun me out.

“Once you lose track position like that, you’re pretty done.

“We managed to claw our way back to 14th and passed the most cars. We just didn’t have track position.

“I felt like it was a pretty good weekend overall pace-wise. We were right there but didn’t put it together.

“I’ll keep my head up and keep working and we’ll be okay.”

There was disappointment, however, considering McLaughlin was just ahead of Romain Grosjean at the time of his rotation.

The Andretti Autosport driver would go on to finish a close second to the #2 Team Penske entry.

McLaughlin’s deficit to Newgarden at the top of the standings is five points.

The season continues at Barber Motorsports Park on  April 29-May 1, with that event to be streamed live on Stan Sport.