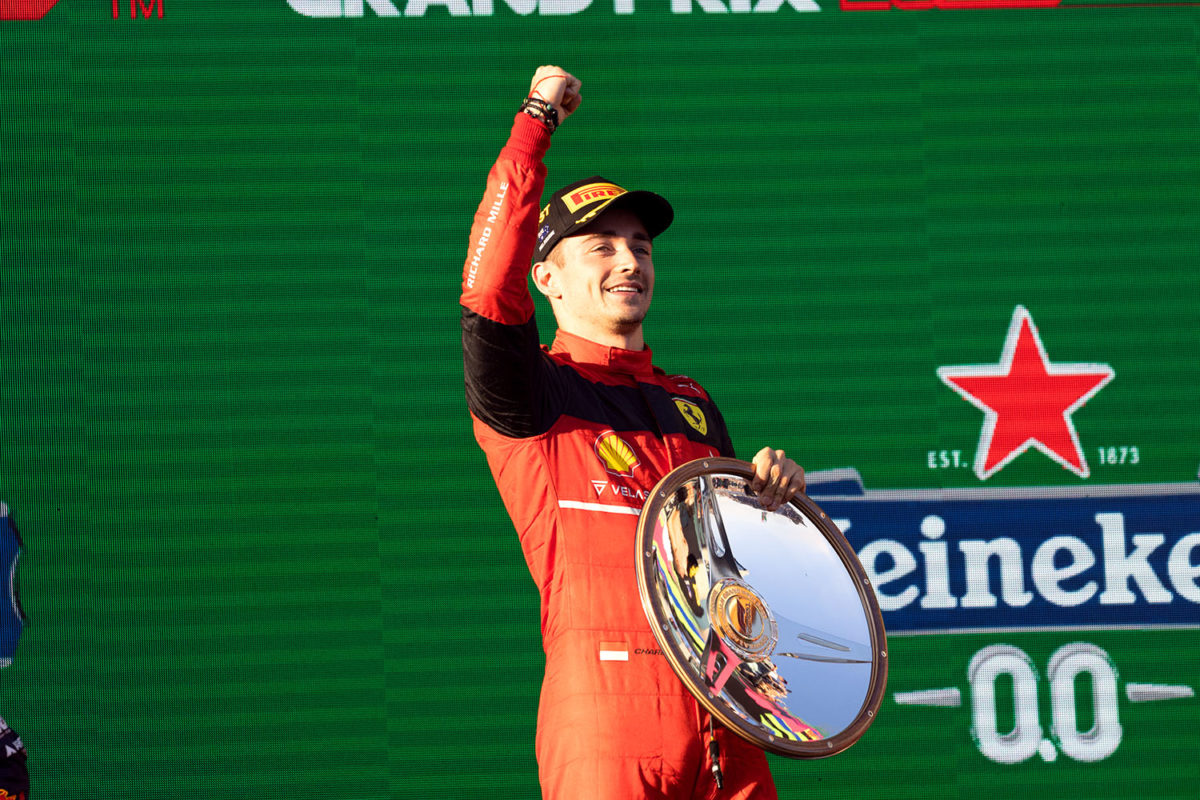 The Ferrari driver started from pole position, led every lap, and claimed fastest lap to become just the 26th different driver in the sport’s history to achieve the feat.

It also saw him extend his points advantage at the top of the championship with 71 points to his name. George Russell sits second on 37 points and Max Verstappen only sixth after logging two DNFs from the opening three races.

“At the end, what matters is that I crossed the finish line first at the end,” Leclerc said when asked by Speedcafe.com if the grand chelem meant anything to him.

“Obviously it’s always nice and it shows how good of a job we’ve done until now, especially this weekend with a statistic like this, but it doesn’t matter to me.”

A grand chelem result is a rarity in Formula 1, with Lewis Hamilton having managed the feat just six times in his more than 100 grands prix victories.

Jim Clark remains the driver with the most ‘perfect weekends’ to his name, the two-time world champion managing it on eight occasions during the 1960s.

Prior to Sunday, Verstappen was the last driver to achieve a grand chelem, at the 2021 Austrian Grand Prix.

Leclerc ended Sunday’s race more than 20 seconds clear of second-placed Sergio Perez in what was the most comprehensive performance of the season so far.

His cause was aided by a fuel pipe issue for Verstappen which saw the Dutchman park his Red Bull at Turn 2 with 20 laps remaining.

Even still, the 2021 world champion was no match for the pole sitter, losing in the region of half a second a lap on both medium and hard compound tyres.

“I think we were all surprised by our pace,” Leclerc said of his performance.

“I mean, on the medium, already, towards the end of the stint, we were extremely strong.

“We managed those tyres extremely well, we didn’t have too much graining so that the pace was very strong.

“And then on the hard we probably expected Red Bull to be a bit closer in terms of pace, but also there we seem to have the upper hand.

“After qualifying, and FP2, we didn’t see that performance difference between us and Red Bull, so it was a very good surprise.”

Formula 1 now heads to Europe for the first time in 2022 (pre-season testing aside) and the Emilia Romagna Grand Prix on April 22-24.