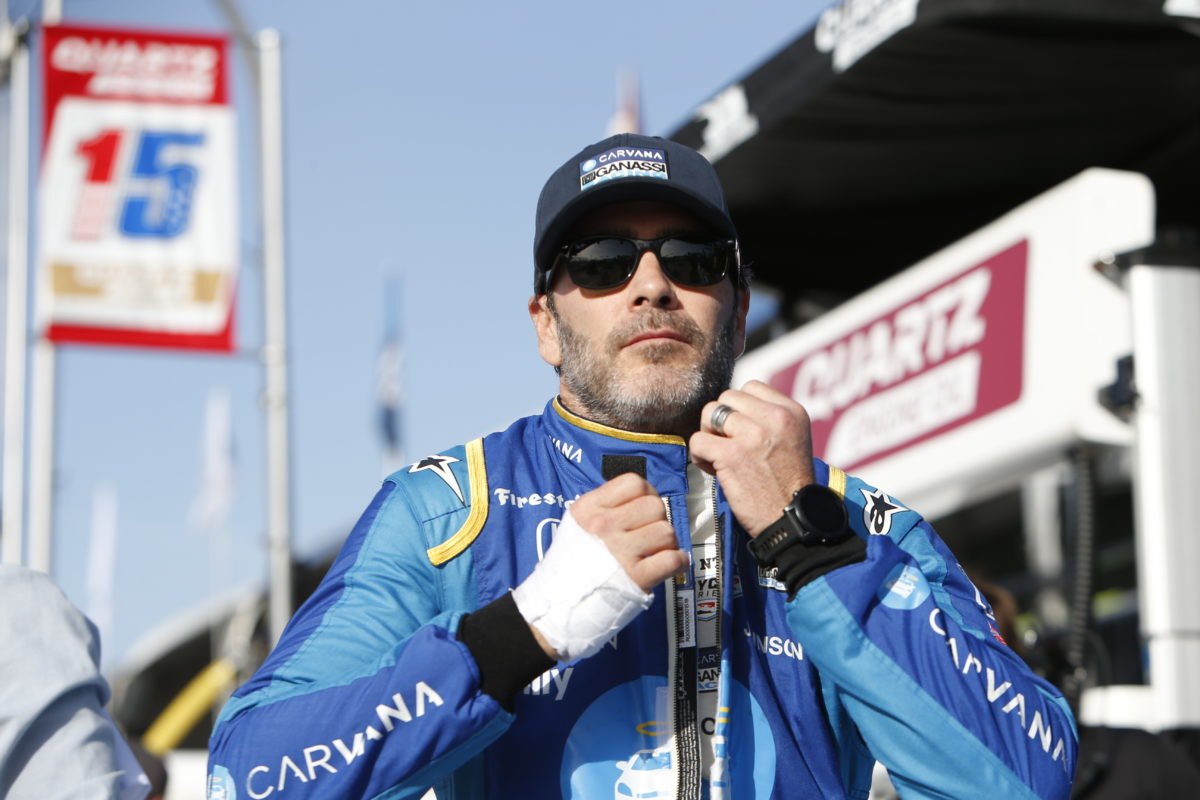 Jimmie Johnson will see a specialist tomorrow in order to determine how to deal with the hand fracture he picked up at the Long Beach IndyCar event.

Johnson crashed into the tyre barrier on the exit of Turn 5 in Friday afternoon’s opening practice session, and was in some doubt about his fitness before qualifying day.

He was ultimately cleared to continue despite medical checks detecting a fractured right hand, for which Chip Ganassi Racing made up a carbon fibre splint, and went on to complete 73 racing laps.

The seven-time NASCAR Cup Series champion highlighted next month’s Indianapolis 500 as the key consideration in his decision-making process, and pressed on at Long Beach given his confidence about not aggravating the injury.

Now, he has an open test at the Brickyard and then a race event at Barber Motorsports Park to come before moving on to the month of May.

How Johnson proceeds from here depends on what a specialist says on Monday afternoon (local time).

“I feel like, [with] what I went through this weekend, I can carry on like this for the next couple of weeks, until I’ll be healed up,” he said on the NBC broadcast.

“But, I’m going to see a hand specialist tomorrow in North Carolina and determine if we need to put a screw in it or not.

“I’m not sure what is the best pathway forward, the shortest recovery time, so I’ll know more tomorrow afternoon.”

Johnson and David Malukas triggered the third of four Cautions in the Grand Prix of Long Beach when they ended up in the barriers together at Turn 8 in the closing stages.

Replays were inconclusive as to whether the CGR and Dale Coyne Racing cars made contact, but the driver of #48 suggested he lost control of his own accord.

“I lost it so early; I’m not sure if there was some contact from behind or not, but I was under the impression that I kind of lost it in that rubber that’s stacking up on corner entry,” said Johnson in reference to the extent of the marbles which had built up during the afternoon.

“My crew maybe thought otherwise, but either way, the rubber is unlike anything I had ever seen before.

“There was inches of rubber stacked up around the race track, especially before that last Caution, and just very interesting to figure out where to place the car and how to drive on that rubber.

“I think I was just wide on corner entry, potentially had my left-rear in that rubber, and it just spun on the way in.”

For the 46-year-old, the weekend was very much a case of coming back down to earth after a career-best sixth in his IndyCar oval debut last time out.

“I’ve had them [eventful weekends] before,” he noted.

“[Long-time NASCAR crew chief Chad] Knaus would remember, we had to go to a couple of back-ups before we got to a race we had in Darlington one year, but it comes with it.

“I certainly feel bad that I put the team in this position, but I’m thankful for their support, the support from Carvana, my fanbase…

“This deal isn’t easy, and you’ve got to live on the razor’s edge on these street courses, and there’s no margin for error.

“Trying to be faster, trying to be more competitive, I made some mistakes this weekend, [but] I’ll learn from them, and I’ll come back even stronger.”

Johnson is 14th in the standings on the way to the Indianapolis test on April 20-21 and the Grand Prix of Alabama on April 29-May 1.