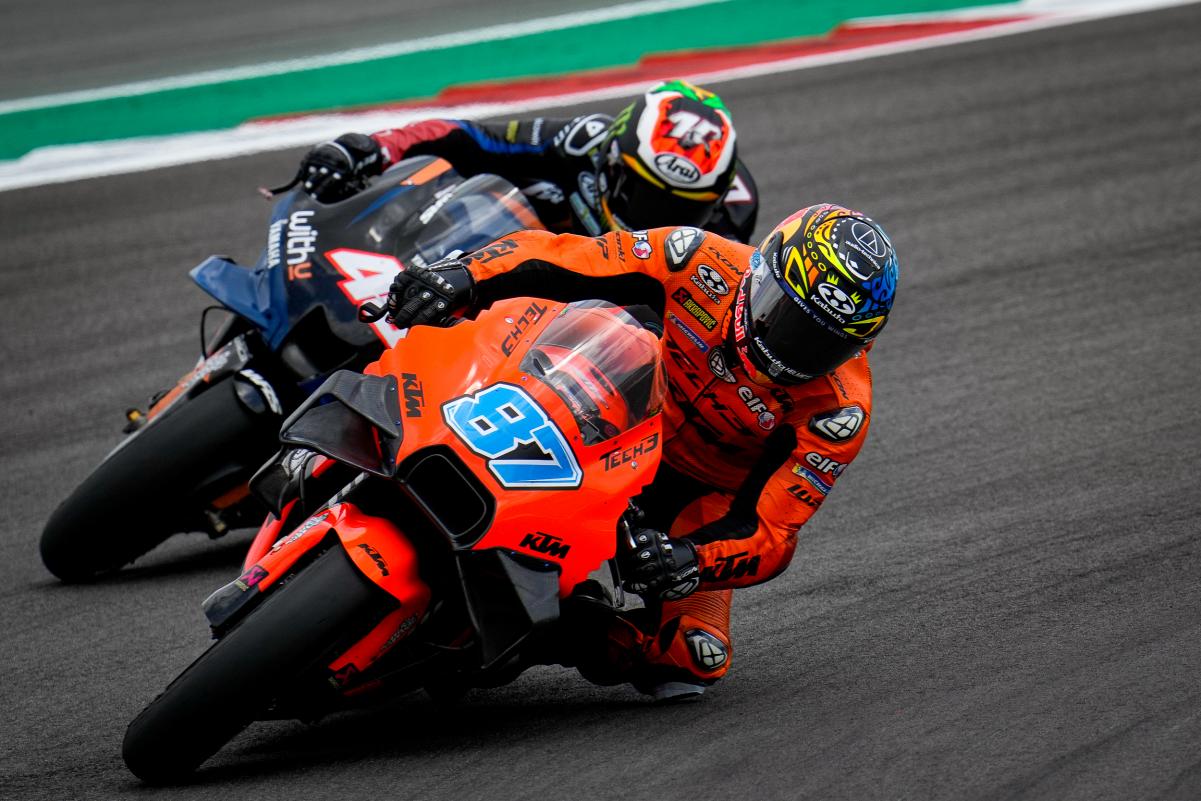 Remy Gardner admits he was physically exhausted just a third of the way into the Grand Prix of the Americas.

The Tech3 KTM rider finished 20th in Round 4 of his rookie MotoGP campaign, having qualified 22nd and briefly run as high as 19th at the Circuit of the Americas.

Gardner was a somewhat frustrated figure even after scoring a point on debut, in Qatar at the start of March, and has failed to add to his tally since then.

He was once again disappointed after “missing a lot” in Texas.

“After six or seven laps, I was physically exhausted, and I was not feeling comfortable on the bike.

“Towards the end, I managed to do a good lap, but I had to put my heart and soul to every corner, and to do that during an entire race is not possible.

“We also had a big drop with the soft tyres, so maybe we did not pick the right option for the race, and I think that we are still missing a lot.”

COTA, with its fast slalom run, is one of the more physical race tracks on the calendar.

According to Tech3 team manager Herve Poncharal, Gardner is still battling with the effects of the wrist fracture he sustained before pre-season testing in January.

Poncharal was in fact pleased with the Sydney-born rider’s performance, and team-mate Raul Fernandez’s run to 19th, in the Grand Prix of the Americas.

“It might sound difficult to understand that we can be happy, but I am reasonably happy because our two riders completed the 20 laps,” explained the Frenchman.

“This track on a MotoGP bike is by far the most demanding physically.

“Remy, who was not able to train and prepare like he would have wanted due to his wrist injury before the start of the season, suffered a lot today.

“He arrived in the pit box very tired, so I want to thank him for holding on and doing a good MotoGP rookie race.

“On the other side, Raul Fernandez did not have a good start and he found himself last at the end of the first lap, but he managed to recover a few positions.

“Already in Argentina, he learned a lot, but today with [Andrea] Dovizioso and [Franco] Morbidelli ahead of him, he continued to learn even more.

“He did a good race in the end, and finished behind [factory Red bull KTM rider] Miguel Oliveira.

“We know that this is not enough, but we are here to learn and pass on as much knowledge and feedback as we can to KTM Factory engineers in order to speed up the development of the RC16.

“This is what we are doing, so I would like to thank both Remy and Raul, and the team.”

Gardner and Fernandez sit 22nd and 23rd respectively in the championship, the latter having yet to score a point.

Round 5 is the Portuguese Grand Prix, at Portimao on April 22-24.