Courtney quick, but nothing to show for it at Albert Park

Courtney quick, but nothing to show for it at Albert Park 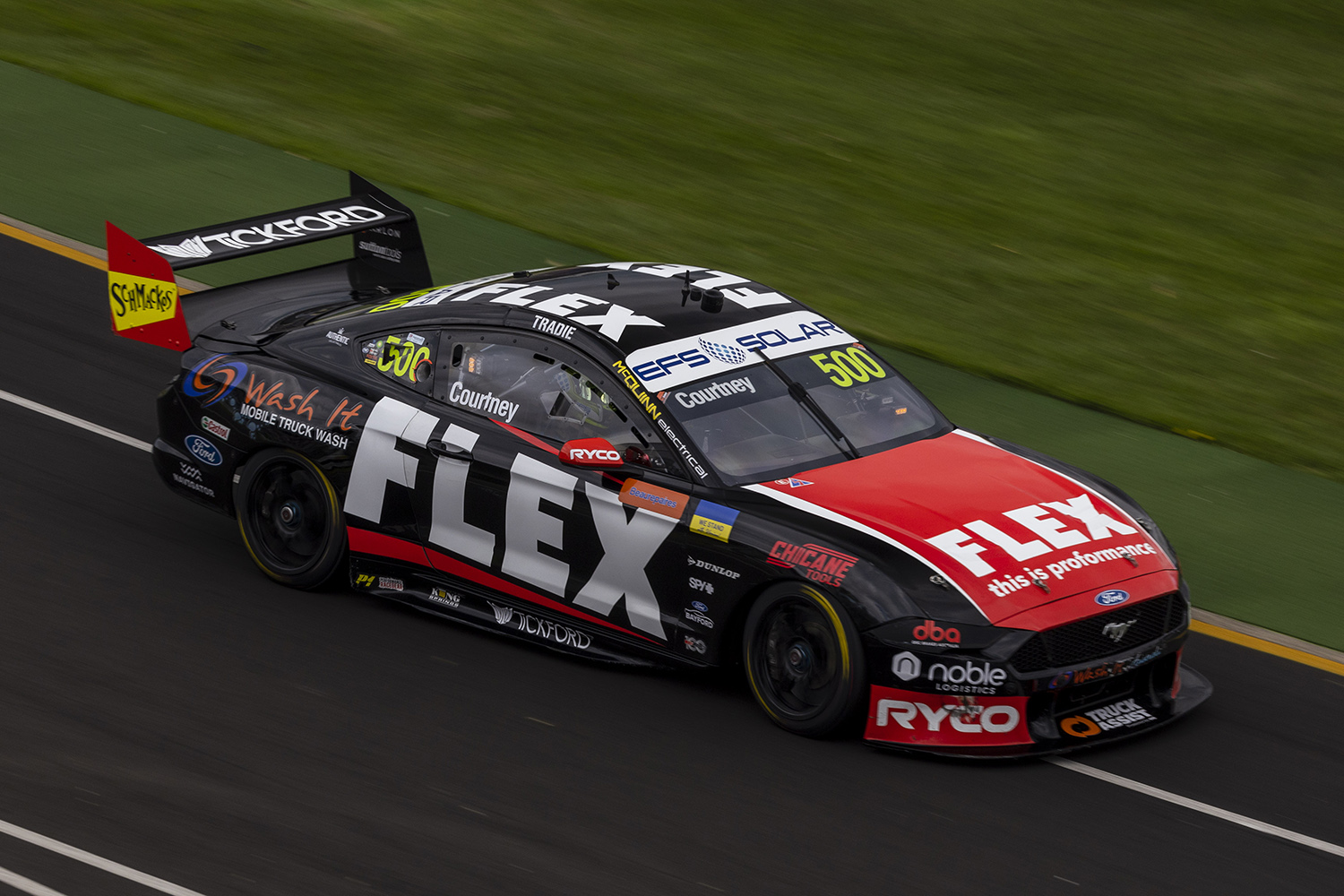 It was a weekend of what could have been for Tickford Racing’s James Courtney at the Beaurepaires Melbourne 400.

On the eve of his 500th race start in the Repco Supercars Championship, the Flex Power Tools-backed driver went second quickest in Practice 2.

Courtney qualified inside the top 10 for all four races at the Albert Park Grand Prix Circuit, securing as high as sixth on the grid for Race 8.

In his milestone outing, Race 6, the 2010 champion was among those who started on the hard compound tyre and pitted early to get onto the soft compound tyre, only for it to blister badly.

His best opportunity for a podium would come in Race 7. The #500 Ford Mustang was within a few hundred metres of a podium finish until Chaz Mostert sent Courtney into a spin.

For his involvement in the incident, Mostert copped a 43-second post-race penalty that relegated him from fourth to 22nd. Courtney, meanwhile, wound up ninth.

Race 8 was a relatively uneventful affair, finishing ninth once more. However, Race 9 was another to forget.

Courtney spun, flat-spotted his tyres, pitted for a second time as they began to fail, and then copped a penalty for exceeding track limits.

All in all, it was a bruising weekend.

“It was a pretty tough one, straight from the start the clutch issue we thought we fixed last night came back, so I lost a heap of spots off the start, and some more time at the first stop,” said Courtney of Race 9.

“Then later on I had a big lock-up at Turn 11 that flat-spotted a tyre, and eventually the tyre started to delaminate from the damage so we had to stop again.

“It’s really frustrating, just a weekend where nothing seemed to go right, which after the speed we had in qualifying it’s disappointing to come away with nothing to show for it.”

On the other side of the garage, Thomas Randle and Jake Kostecki have only been good enough for 12th in the teams’ standings, just four points clear of the one-car Blanchard Racing Team.

“Certainly that wasn’t the race, nor the weekend, we were hoping for,” said Edwards.

“We definitely had better pace than the results indicate, but speed doesn’t pay points by itself, and unfortunately we had too many things go wrong this weekend to get the results we should have, a lot of them out of our control.

“If there is a silver lining it’s Jake [Kostecki] and the Tradie Racing crew, they had a disastrous start with Jake’s crash but after starting in the back all weekend they made good strides and moved forward.

“Like I said we’re better than the results showed this weekend, so we’ll regroup and look to make a good step forward when we head to Perth.”

The Repco Supercars Championship resumes at Wanneroo Raceway for the Bunnings Trade Perth SuperNight on April 30-May 1.