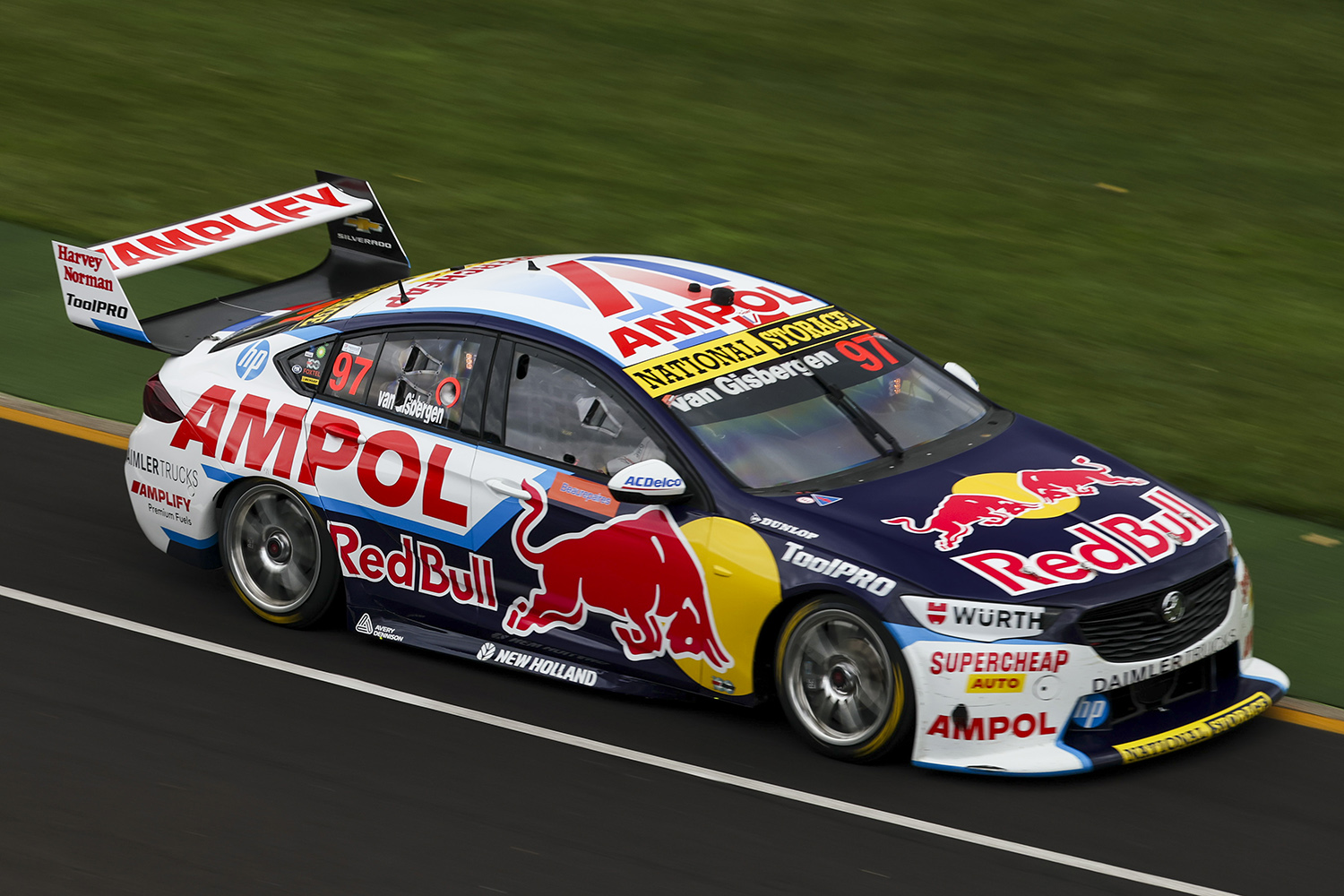 Shane van Gisbergen was left to lament a mistake in Race 9 of the Repco Supercars Championship, which cost him a possible third win at the Beaurepaires Melbourne 400.

The Kiwi looked likely to challenge for victory in the final outing of the weekend having chased down race leader Mobil 1 Optus Racing’s Chaz Mostert.

However, the Red Bull Ampol Racing driver’s bid to win would come undone when he scarred his left front tyre after a lock-up at Turn 9 on Lap 9.

From there, he was forced to nurse his #97 Holden ZB Commodore home, but with three laps to go the tyre gave way and took the left front guard with it.

The New Zealander would go on to finish 20th after an unscheduled pit stop, the result enough to clinch the Larry Perkins Trophy by a mere 12 points over fellow dual race winner Mostert.

“I’m pretty gutted about that,” said van Gisbergen of the mistake.

“I wanted to have a good go there and just made a mistake, locked the tyre, and tried to manage it to the end, and let go.”

It was an otherwise fruitful weekend, van Gisbergen climbing from 23rd to third in the opening encounter of the weekend before scoring back-to-back wins.

Nevertheless, the Triple Eight Race Engineering driver had reason to smile after learning that he’d taken the round honours and the Larry Perkins Trophy.

“I was cheered up pretty quickly when they said that we won the overall,” said van Gisbergen.

“Great job by the team, but what a privilege to win that trophy. I just bought one of Larry’s shirts last week actually. I’ll be wearing it with pride tomorrow.

“He’s just someone I always looked up to and how he always performed at Bathurst every year, even if he was having a shocker.

“Even now, seeing all the projects he’s involved in on their YouTube [channel] and how enthusiastic he still is about it, I just love it. What a privilege for him to present the trophy.”

The Larry Perkins Trophy was introduced in 2018 and was won by Jamie Whincup that year while Mostert won in 2019.

After the cancellations of the 2020 and 2021 events at the Albert Park Grand Prix Circuit, van Gisbergen becomes just the third driver to win the title.

The Supercars season resumes at Wanneroo Raceway on April 30-May 1.