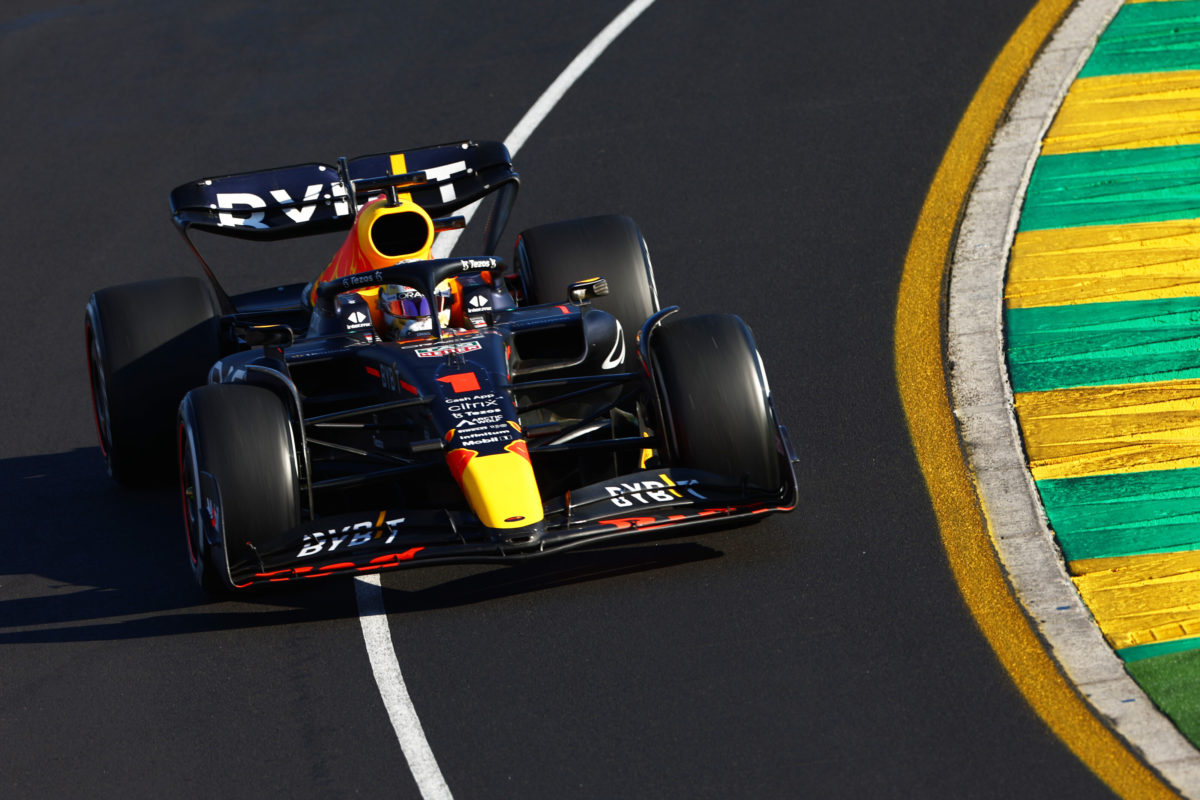 Red Bull Racing has identified the probable cause of the failure which took Max Verstappen out of a comfortable second position in the Formula 1 Australian Grand Prix.

The Dutchman looked likely to finish runner-up to Ferrari’s Charles Leclerc at Albert Park until he parked next to the exit of Turn 2 with 20 laps remaining.

Flames could be seen at the rear of Car #1, with Verstappen having reported on the radio that he smelt “some weird fluid”.

The DNF is his second of the campaign, after both RB18s suffered a fuel system issue in Bahrain, apparently unrelated to its latest drama.

According to team principal Christian Horner, an external fuel leak is suspected to be the culprit this time around, with the small consolation being that Sergio Perez inherited second spot in the sister Red Bull.

“Checo drove an exceptional race today with some stunning overtakes to secure his first podium of the season and bag some solid championship points,” noted Horner.

“But it was very much a day of mixed emotions with Max not finishing.

“We think it was an external fuel leak and we need to understand exactly what has caused that failure, so it was a very frustrating race in that respect.

“But we are in this as a team and we will bounce back.

“We didn’t have the pace of Ferrari today, so congratulations to Charles.

“It’s a long season ahead and we have the basis of a quick and competitive car, but we need to get on top of these issues quickly and we will keep pushing.”

It would seem, however, that the team was aware of the issue, considering Verstappen’s revelation that he had been pessimistic about finishing the race anyway.

His technical failure, and Carlos Sainz’s early spin in the other Ferrari, mean that Leclerc has jumped out to a 34-point lead in the world drivers’ championship.

Mercedes’ George Russell is second, with Verstappen slipping to sixth at another 12 points off the pace.

“It’s of course very disappointing to not finish today’s race,” said the 2021 champion.

“I don’t really know what happened to the car yet; we’ll take it back to the factory and regroup.

“I already knew there was a possibility ahead of the race that we might not finish but I tried not to think about it.

“This is not what you need when you want to fight for the championship; the gap is already pretty big.

“Of course, Checo did well to come second, he scored some good points.

“Overall it doesn’t look like there is an easy fix so we need to work hard as a team; there are a lot of things to work on.

“We’ll wake up tomorrow and focus on the upcoming races and do the best that we can.

“It is of course a long season and a lot can happen; I think at this stage we need 45 races [to catch up],” he laughed.

Perez sits fourth in the drivers’ standings, 41 points behind Leclerc and five up on Verstappen, while Red Bull is third on the constructors’ table at 49 points adrift of Scuderia Ferrari.