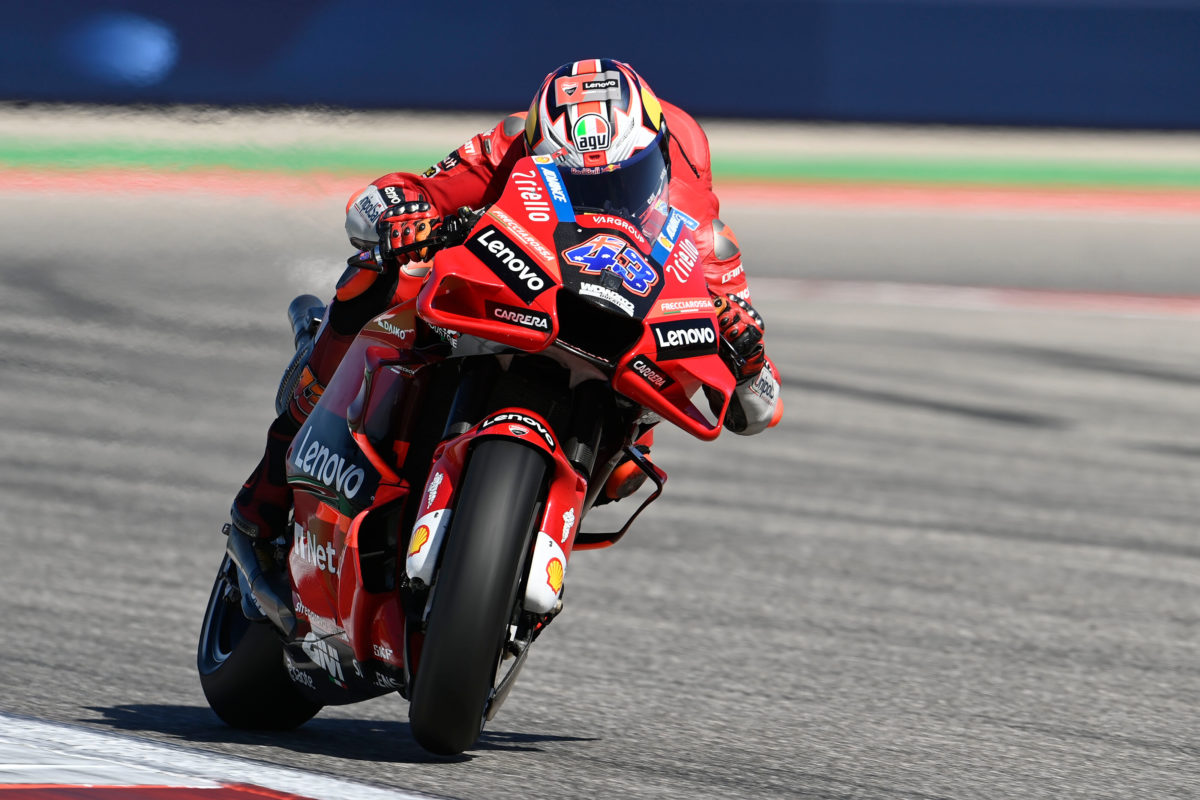 Jack Miller was left somewhat disappointed with qualifying second for the Grand Prix of the Americas after he “crapped me pants” on his final flyer.

The Queenslander was denied pole position by Ducati stablemate Jorge Martin by a margin of just three thousandths of a second at the Circuit of The Americas, as the Bologna marque swept the top five.

Miller had been quickest after the first runs and was back on top when he set a 2:02.042s to usurp Ducati Lenovo team-mate Francesco Bagnaia, and looked to have done enough when Martin was 0.112s slower than him to the third sector.

However, the Spaniard on the Pramac-entered Desmosedici overcame that deficit in the last split on his way to a 2:02.039s.

Miller admitted in parc ferme at the end of the session that it was a relief to make the front row after a shocking race six days ago in Argentina, when he started and finished 14th, but was still “ticked off” at not landing the very top spot on the grid.

“I mean, after last weekend, we needed it, but nah, I kind of panicked there a bit.

“I was 0.4 under at the third split and then I sort of crapped me pants a little.

“I thought ‘I can’t mess up this last sector,’ and probably cost me a little bit of time, to be honest.

“So, nah, a little bit ticked off with that, but the bike’s working fantastic all weekend, the team’s doing a fantastic job, and the rider’s actually come to ride today, so it’s kind of good.” 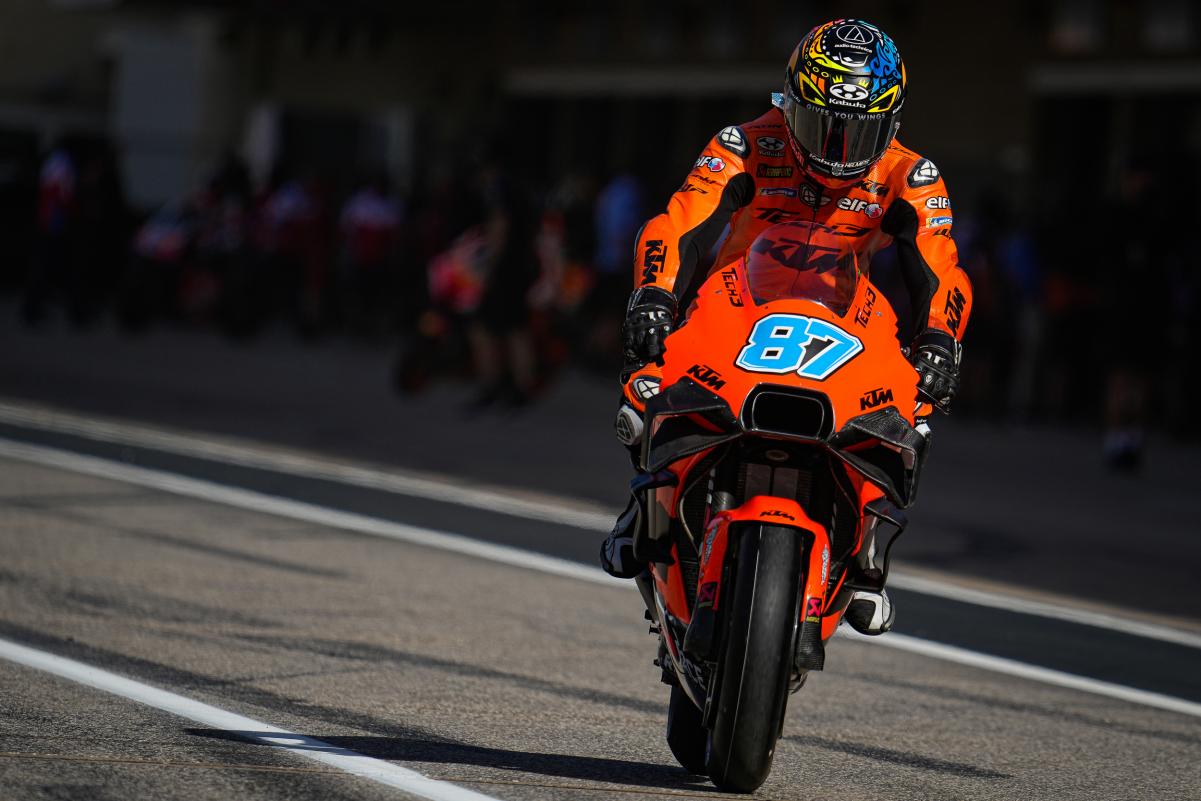 “It is a great shame that I crashed,” lamented the rookie.

“In order to do the lap time, I had to push a lot. It appeared that when I was overriding, the times were improving, but unfortunately, I went too far and it ended up with a crash.

“On the first flying lap, I had a really good Sector 1 and was confident, but it got cancelled because of a yellow flag.

“After my crash, I lost a bit of confidence for the second run and was not able to improve my time from this morning.

“Tough day in the office, but hopefully we can come back from this tomorrow.”

Race start in the Grand Prix of the Americas is scheduled for Monday at 04:00 AEST.