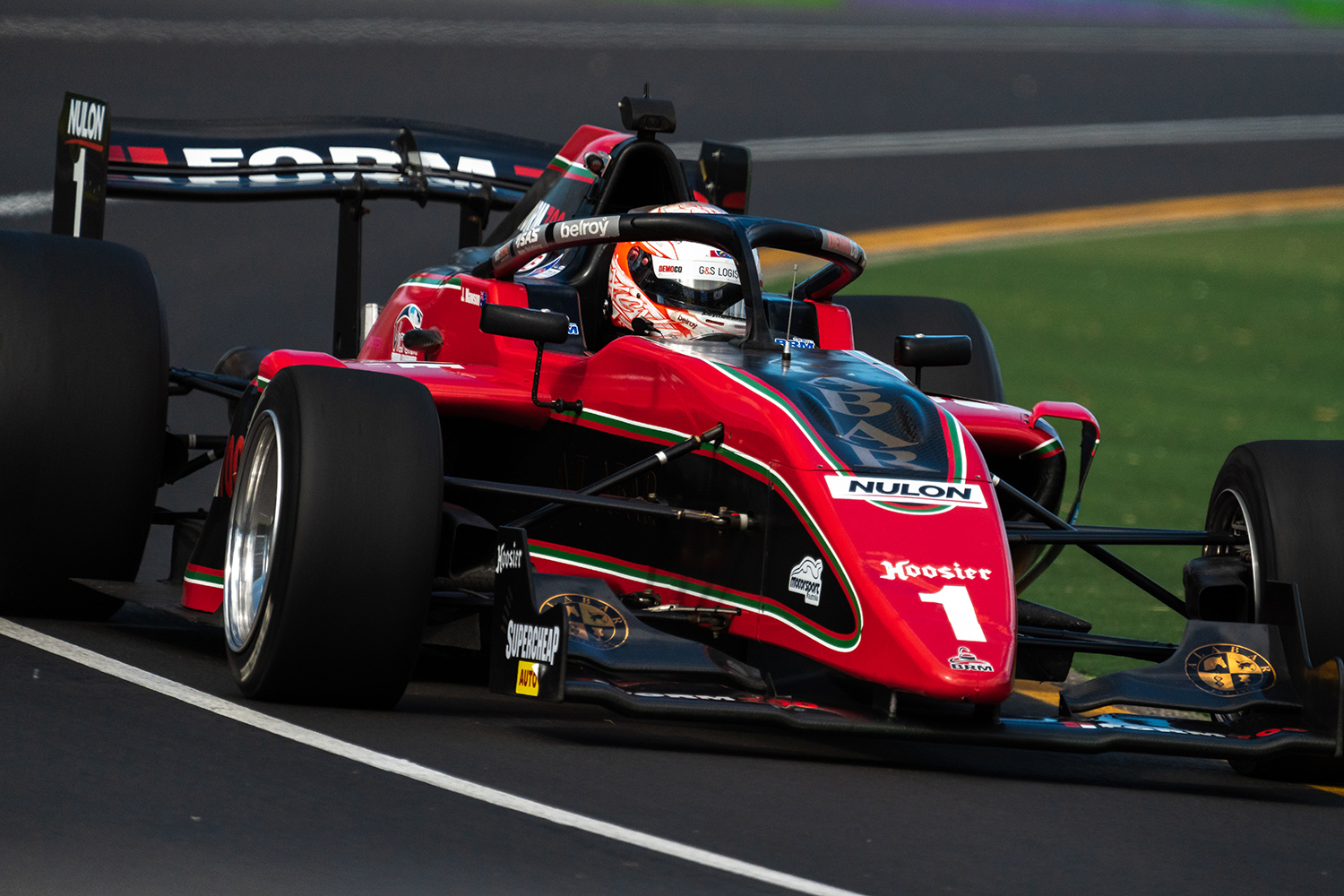 Initially, it was Mawson who led into Turn 1. Herne sought to go around the outside, which gave him the inside for Turn 2, though he couldn’t make the move work.

Super2 Series regular Matt Chahda failed to make it beyond Lap 2, pulling off to the side of the road.

Sebastien Amadio fell from 12th to 15th when he got loose at Turn 10, running wide and onto the grass in the process.

The South Australian’s troubles continued on Lap 6 when he spun out of Turn 5, contact with the inside wall bending his steering. He duly pulled off to the side of the road at Turn 10.

A sketchy moment between Shae Davies and Adam Garwood resulted in the latter climbing the kerb at Turn 9 and briefly getting airborne as a result.

Davies found himself in trouble on the penultimate lap, exploring the run-off at Turn 11.

By the race’s end, Mawson had blown his lead out to over five seconds, cruising across the line to take the chequered flag.

Herne came home second with Macrow the last of the podium finishers.

Cameron was fourth, Golding fifth, with the top 10 completed by Purdie, Webster, Goddard, Bargwanna, and Ngatoa.