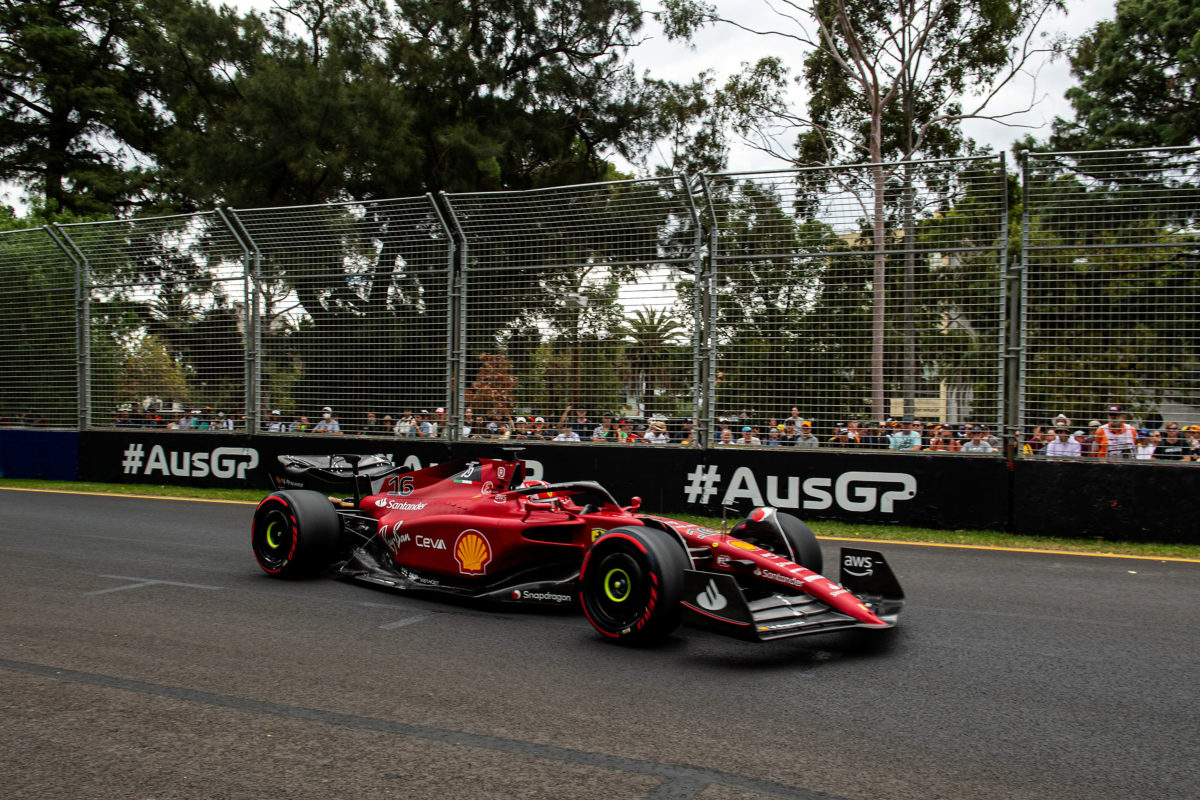 The Ferrari driver led all 58 laps after starting from pole position, claiming the bonus point for the fastest lap in his first career grand chelem.

He now tops the championship standings on 71 points, with George Russell next best with just 37 to his name.

“This is the first one where we control a little bit the gap and honestly what a car today; I mean, of course I did a good job all weekend,” Leclerc said.

The Monegasque survived two Safety Car interventions, but enjoyed such a clear pace advantage that he was largely unchallenged despite Max Verstappen’s efforts.

With the Dutchman failing to finish, Sergio Perez was left as his next nearest rival, ending the race more than 20 seconds down.

“It was very difficult, especially the Safety Car restart,” he recounted.

“I had a huge understeer into the last corner and [I thought] it was going to be very difficult to keep that first position.

“But then we managed to do so and after the first two or three corners I managed to regain the grip and then the pace was back.”

The result doesn’t just leave the Ferrari pilot with a healthy points advantage, it’s also given him confidence to begin thinking about the championship.

“Obviously we are only at the third race so it’s difficult to think about the championship,” he said.

“But to be honest, we’ve got a very strong car, a very reliable car too and for now we’ve always been there so I hope it continues like this.

“If it does then we probably have chances for the championship which obviously makes me smile after last two years have been difficult for the team and also for myself, so it’s great to be back in this position.”

Formula 1 heads to the first European round next, with the Emilia Romagna Grand Prix on April 22-24.