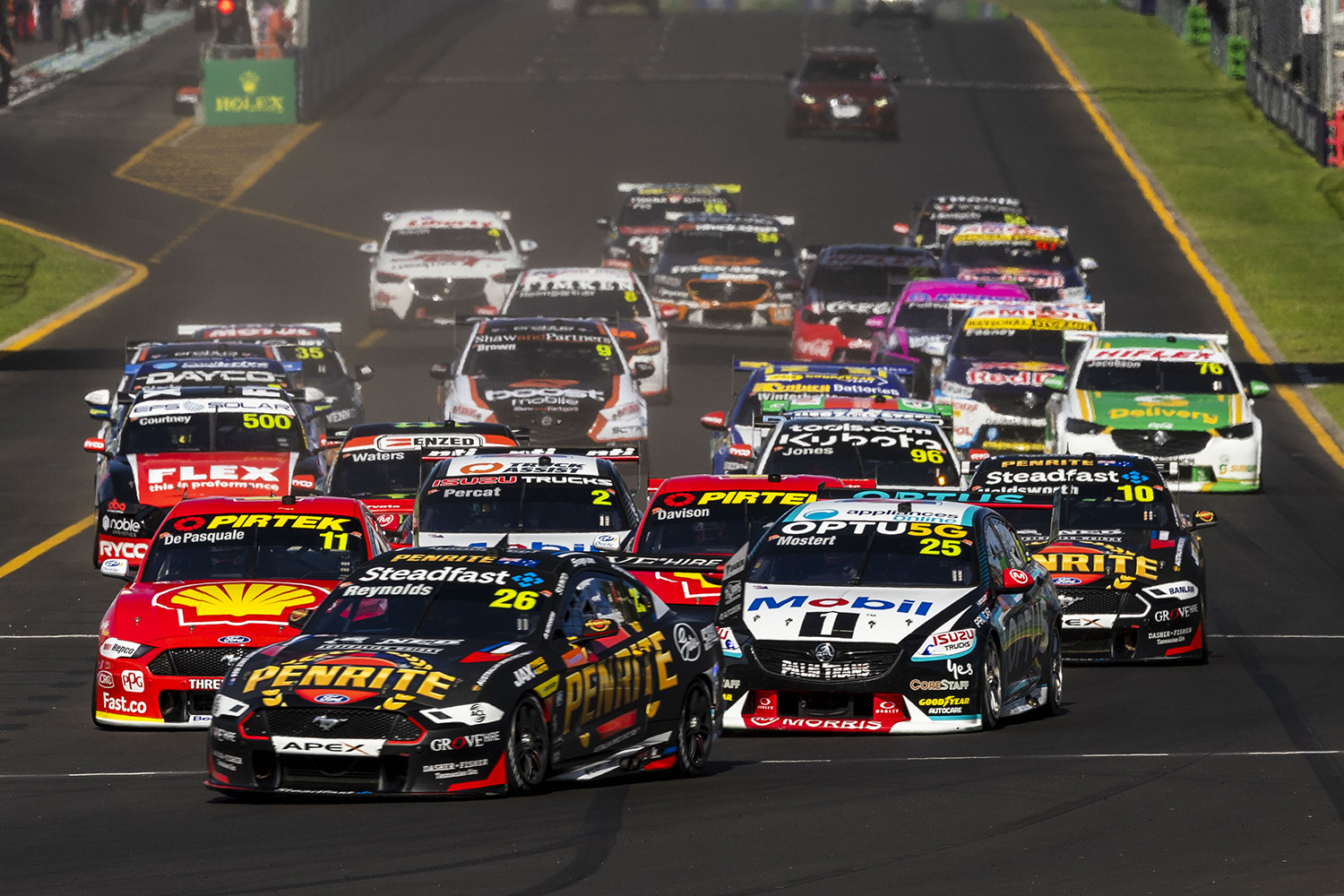 In all three Supercars races thus far at the Beaurepaires Melbourne 400, #26 Penrite Racing driver David Reynolds has finished on the podium.

Team-mate Lee Holdsworth has also been strong, earning his first podium since joining the team, in Race 7.

Add to that, Reynolds on Thursday recorded his first Repco Supercars Championship pole position since mid-2019, his last coming with Erebus Motorsport in Townsville.

It’s been a steep upward trajectory since the former Kelly family team became wholly owned by the Grove Group in the most recent off-season.

For Cauchi, the latest results are a positive sign that the team can be competitive at various sorts of circuits.

It comes just two weeks after Reynolds notched up his first podium with the team under the Grove Racing banner.

“It’s an unbelievable feeling to show that we can get podiums at another track again on genuine pace and also get a pole position,” Cauchi told Speedcafe.com.

“We’re starting to show that we can have pace at different kinds of circuits. This is a high-speed, fast and flowing circuit. It’s really encouraging to have pace at two different circuits.

“It’s just awesome to see the team really starting to work well together. We can only just chip away every weekend and just keep improving and that’s all we can hope for.”

Although the Red Bull Ampol Racing driver hasn’t been the outright quickest on one-lap speed, his in-race pace has been unrivalled.

Such has been his form that he’s so far netted two of three race wins as well as a drive from 23rd to third.

Overcoming the hurdle of eclipsing van Gisbergen is still some distance, according to Cauchi, who was race engineer for the #97 last year.

“I think getting to Shane, that’s still a fair step we have to take to get there,” said Cauchi.

“Those guys [Triple Eight Race Engineering] are performing unbelievably well at the moment. They’re getting the results.

“We’ve still got a long way until we can match that pace consistently, particularly their race pace has been incredible.

“We’re just focusing on ourselves, that’s all we can do, and keep improving every round. If we do that, then there’s not much more I can ask for from everyone here.”

With one race remaining in the weekend, the team occupies fourth in the teams’ championship.

With their latest batch of results, the Braeside-based outfit has moved ahead of Tickford Racing. That means Grove Racing are currently the second best Ford squad in pit lane on the results to date.

“That’s one of the big goals this year is to get the team further up the pit lane, which means teams’ championship,” said Cauchi.

“It means having both drivers performing well and then the teams’ championship will take care of itself. That’s definitely a big goal.

“There’s going to be some things that we won’t be able to completely achieve this year, but if we can make the walk down pit lane to the podium a bit shorter, then that would be a good achievement.”

Race 9 of the Repco Supercars Championship, which supports the Formula 1 Heineken Australian Grand Prix, gets underway at 12:00 local time/AEST.