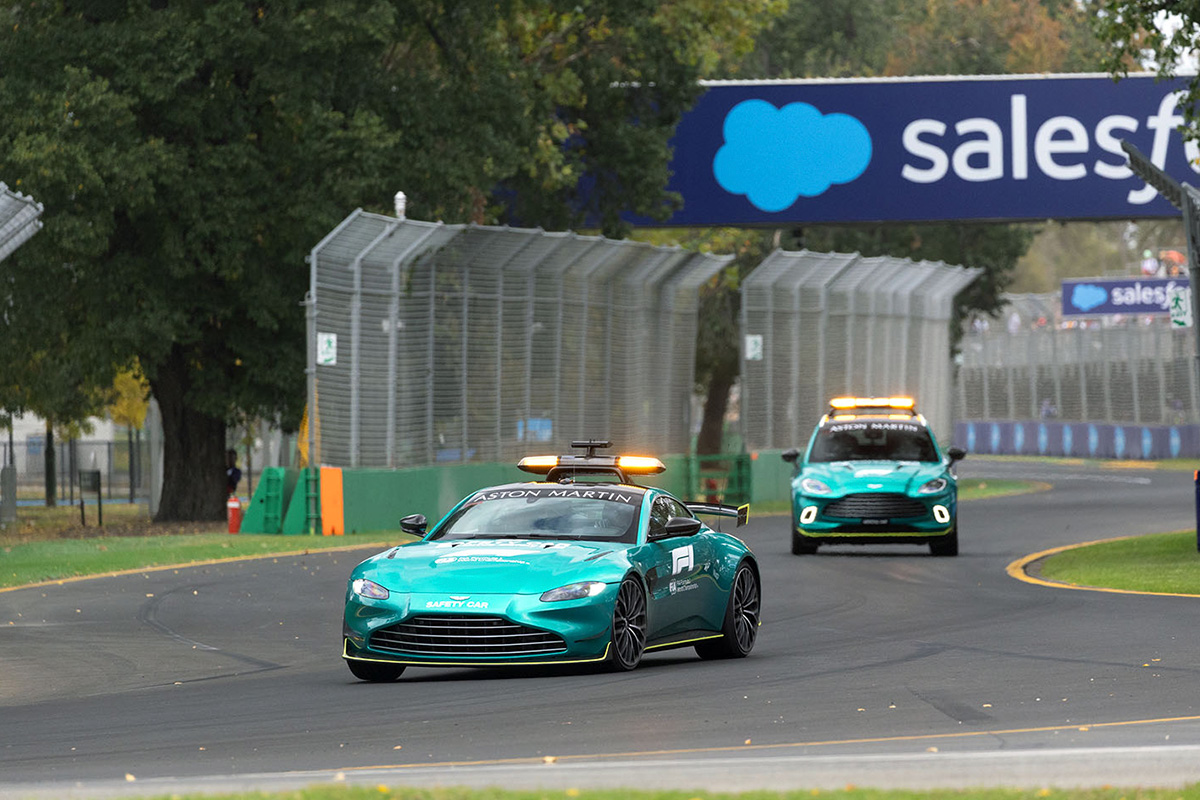 A technique employed frequently by Max Verstappen at Safety Car restarts has been banned ahead of today’s Formula 1 Australian Grand Prix.

The Red Bull driver has pulled alongside the preceding car at restarts in both races thus far in 2022, a practice which is no longer allowed per the Event Notes issued to drivers at Albert Park.

The latest version of said Event Notes contains a diagram to be observed in conjunction with Article 55.14 of the Sporting Regulations, concerning the procedure once the Safety Car is called in.

It shows that cars need not necessarily keep in file, but are unable to pull alongside the preceding car.

As reproduced in the Event Notes, Article 55.14 states, in part:

“In order to avoid the likelihood of accidents before the safety car returns to the pits, from the point at which the lights on the car are turned out drivers must proceed at a pace which involves no erratic acceleration or braking nor any other manoeuvre which is likely to endanger other drivers or impede the restart.”

Verstappen got an overlap with Charles Leclerc as the Safety Car period in Bahrain was ending, although that proved costly when he got pinched on exit and the Ferrari driver got away.

Leclerc retained the lead when the Dutchman tried the tactic a week later in Saudi Arabia, but it was Verstappen who would ultimately seize victory on that occasion after a DRS battle.

The other key change this weekend is the removal of the new DRS zone at Albert Park, located where the Turn 9/Turn 10 chicane once was on Lakeside Drive.

Furthermore, in last year’s controversial season finale, Mercedes lodged a protest concerning the eventual world champion’s conduct at the conclusion of the Safety Car period in that race in Abu Dhabi.

In conjunction with that decision, which took effect before Practice 3, the first of two detection points on the circuit has been moved from the exit of Turn 6 to before Turn 9, which nowadays is the left-hander which forms the high-speed flip-flop.

Race start at the Formula 1 Australian Grand Prix is scheduled for 15:00 local time/AEST.

The diagram in Version 2 of the Event Notes