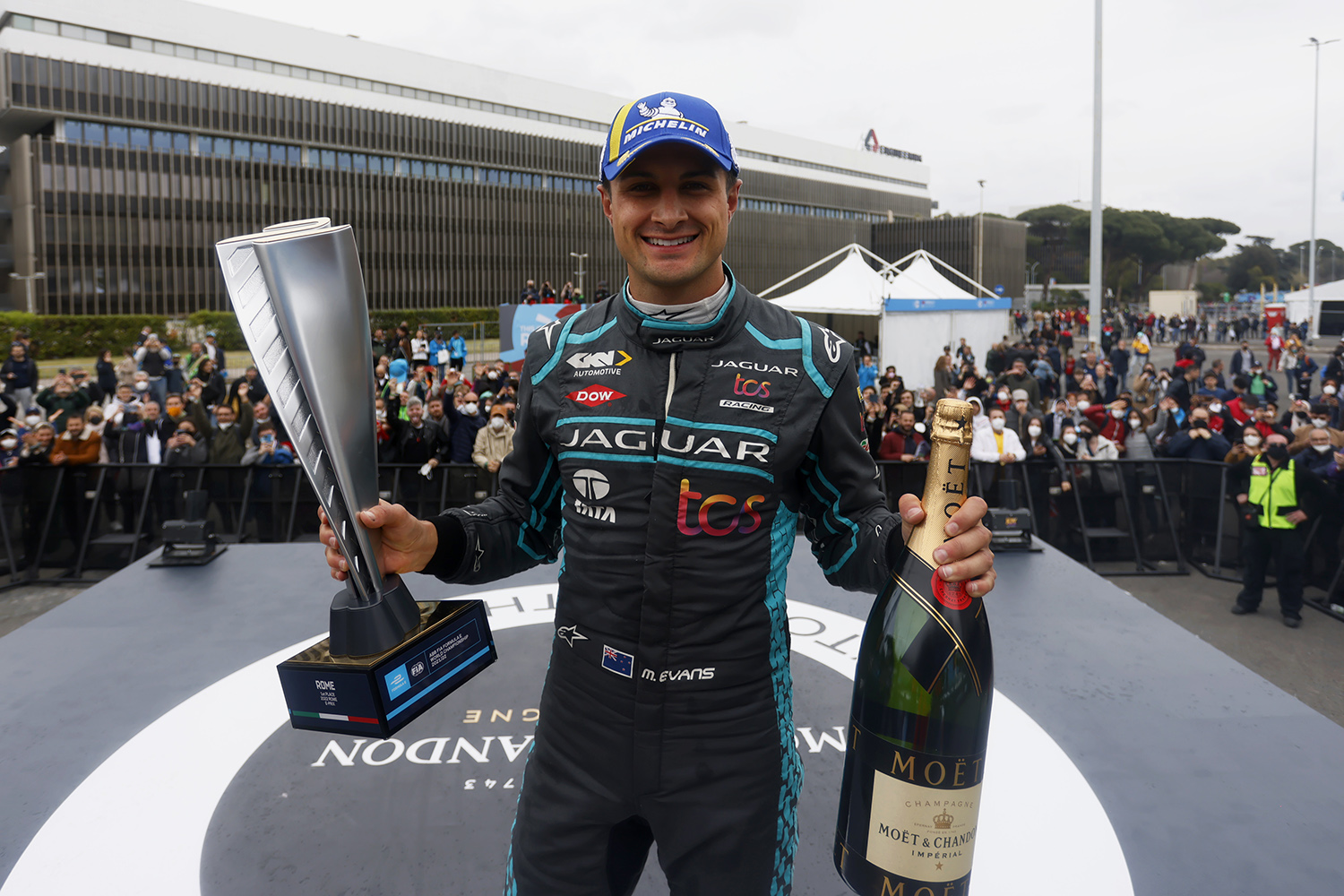 From the fifth row of the grid, Evans made quick work of Porsche duo Andre Lotterer and Pascal Wehrlein to hold seventh by the end of Lap 1.

Having dispatched Andretti driver Jake Dennis in the early going, Evans watched on as the top five squabbled among themselves.

De Vries made it a Mercedes two-three when he forced his way by Da Costa, which also allowed Vergne through on his team-mate.

Having taken his first dose of Attack Mode, Evans fell back behind Dennis for seventh. As he sought to get by the Andretti, Dennis defended. In doing so, the Brit clipped the back of Da Costa.

That unsettled the Portuguese driver allowing Dennis and Evans through.

The New Zealander continued to hustle his way through, getting by De Vries for third and duly setting his sights on the top two.

As they fought over first, Evans ranged up behind them. With Attack Mode enabled, Evans swept around the outside of Vandoorne for second and just minutes later dispatched Frijns too.

From there, Evans was unchallenged. In the end, the Kiwi stretched his lead out to over five seconds, leaving Frijns to take second and Vandoorne third.

“The overall car and team performance won me the race today,” said Evans.

“The whole team have been working incredibly hard in the gap after Mexico to secure us the win today.

“The car was quick in qualifying today but we made the wrong call which saw us just miss out on the Duels.

“To win here again in Rome is such a great feeling and I’m so proud of everyone.

“A huge thanks to all the guys and girls at Jaguar TCS Racing and hopefully we can do the same thing again tomorrow.”

Having been in contention early on, De Vries would pit late in the piece and drop out of contention.

Vergne would fall just shy of the podium in fourth while Evans’ team-mate Sam Bird enjoyed a similarly strong climb from 14th to fifth.

The second race of the weekend at the Rome E-Prix gets underway tonight at 23:00 AEST and is available live and ad-free via Stan Sport.