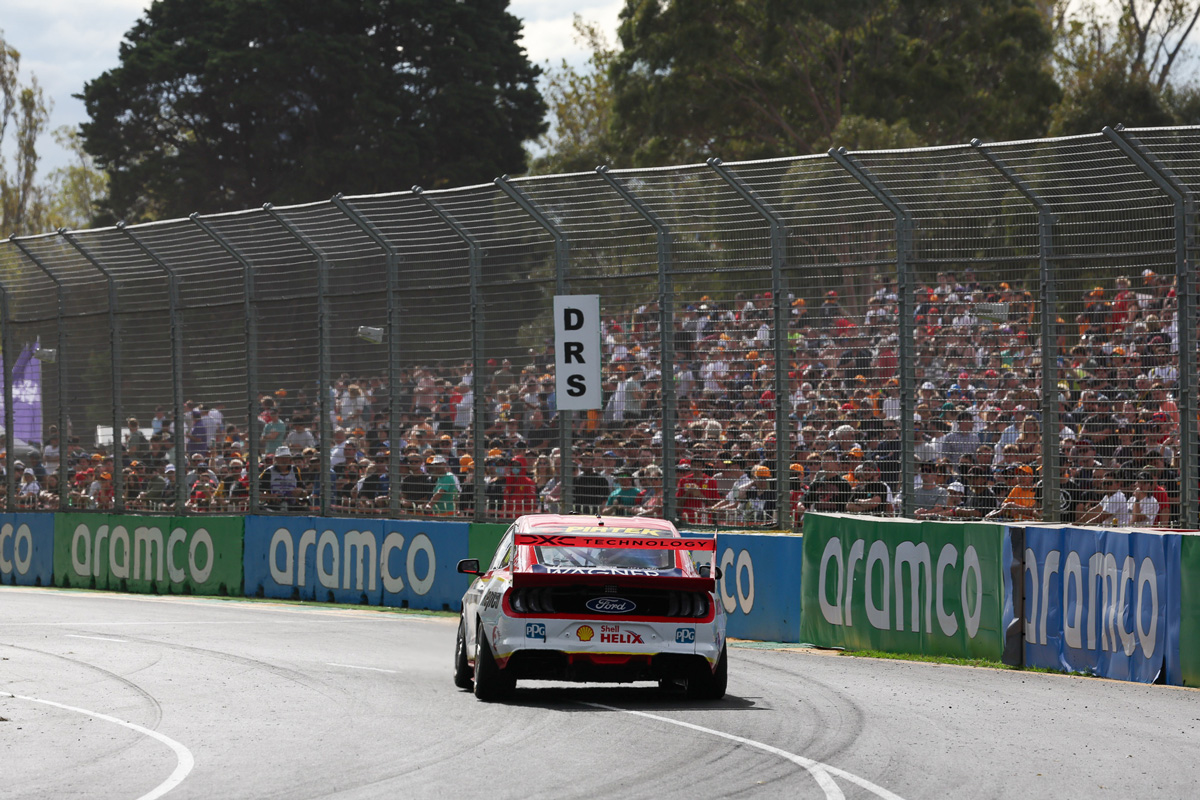 Dick Johnson Racing is still searching for its win of 2022

The Red Bull Ampol Racing driver put on a masterclass yesterday to win Race 7 and Race 8 with relative ease, despite failing to qualify on the front row for either occasion. That followed him racing from 23rd to third in Race 6 on Friday.

Already this weekend van Gisbergen has extended his championship lead from 67 points to 186, with up to 80 points still up for grabs today.

Yesterday afternoon shaped to be a golden opportunity for Davison to snap his win drought which dates back to the 2016 Bathurst 1000.

He had a net lead in the vicinity of four seconds once the front-runners had completed their compulsory pit stops, but van Gisbergen wasted little time hunting him down and had executed the race-winning pass with eight and half laps to spare.

Davison thus had to settle for second for the 10th time since his second Great Race victory, with van Gisbergen looking unstoppable as ever.

The 39-year-old refuses to throw in the towel, though.

“We have got an amazing team. Clearly the car is exceptional in qualifying and we know that often we can’t replicate that in race trim, so it’s nothing new for us. It’s something we’re working really hard at.”

There is already cause for optimism, based on gains made between the two Saturday races.

“Definitely stronger at the start of that race, which is great,” Davison continued.

“We only had an hour and a half, so for Anton [De Pasquale] and I to make a big improvement on the soft at the start, we made some changes and were more competitive – at least could get away from some of the shenanigans I had in the race this morning where I was just hugely vulnerable and had no grip.

“We were better, but we need more.”

The #17 Mustang driver acknowledged there is frustration within his camp at an inability to convert qualifying pace into results. In all, Ford has seven of nine poles this year but zero race wins.

“The team want to win and they’re used to winning a lot, but we have just got to keep things logical and methodical and not get emotional, and just keep doing what we’re doing,” he said.

“We have got great people in the team and we all believe in each other and we’ll just keep improving.

“At the end of the day, that’s what we’re striving to do, it’s why we love the sport that we’re in.”

Davison will start on pole for Race 9 today from 12:00 AEST, with De Pasquale by his side and van Gisbergen on the third row.