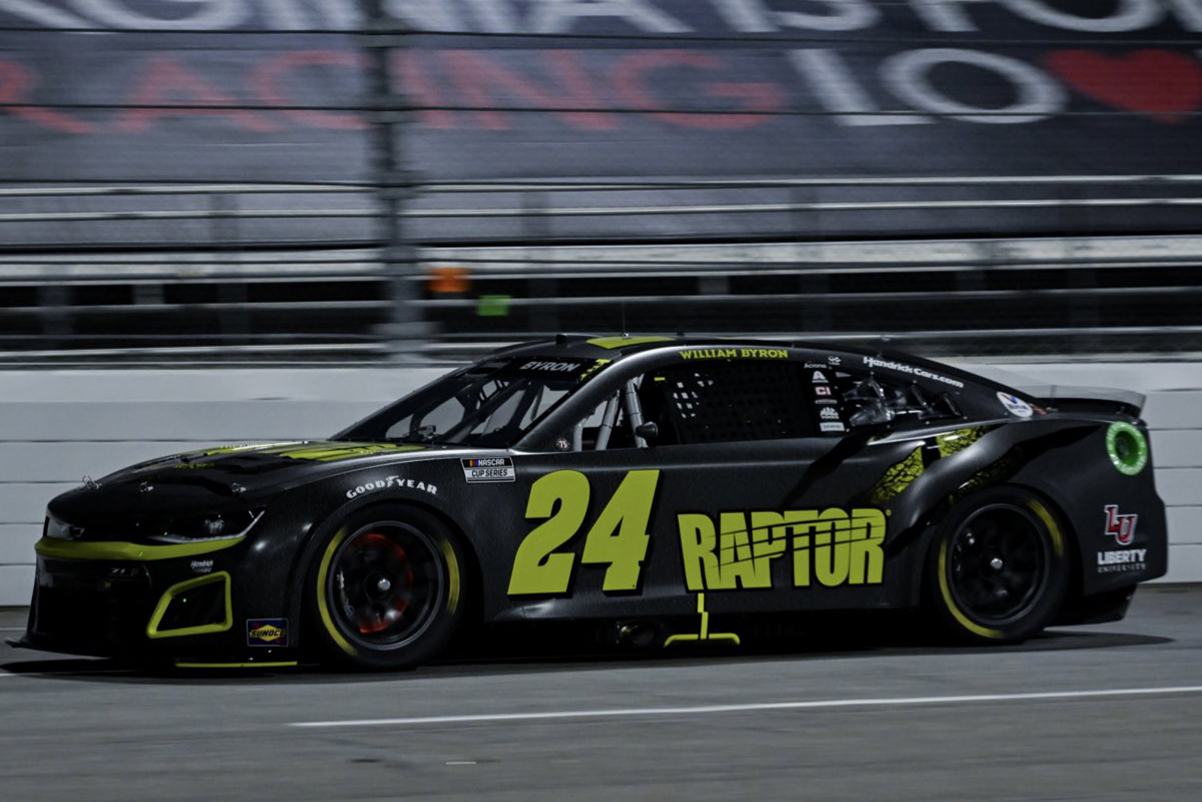 The race start was delayed by approximately an hour, with rain and light snow falling at the track, but that didn’t deter Byron as he stormed to his fourth career victory.

Hendrick Motorsports team-mate Chase Elliott dominated the first part of the race, winning both stages and leading the first 185 laps, before Byron took over the lead at the beginning of stage three from a good pit stop, and never looked back.

Byron was able to hold off Joey Logano and Austin Dillon in a late race restart.

“You got one of the most aggressive guys behind you in Logano and I chattered the tyres in (turn) three and four and left the bottom open, but was able to block my exits and get a good drive off,” Byron said.

“This one’s for my mum, this same weekend last year she had a mini stroke and was diagnosed with brain cancer, so it means a lot to have her here.”

Byron led a staggering 212 of the 400 laps in the race, which is a career-high figure for him.

Austin Dillon was another standout driver, starting in 23rd and finishing third after being a late race contender for the win.

“Well, I’m a little bummed, I like to pride myself in those situations as being clutch, and I was anything but that on that last restart,” Dillon said.

Elliott, who started on the pole alongside Aric Almirola, was able to attain a special place in the history books for his team, Hendrick Motorsports.

Hendrick Motorsports has now led more than 10,000 laps at Martinsville, and they are the first ever team to lead 10,000 laps at any track in the NASCAR Cup Series.

Byron’s win also means Hendrick Motorsports has 27 race wins at Martinsville to go along with their historic milestone.

The NASCAR Cup Series returns next weekend to race on the Bristol dirt track for the second time in history.