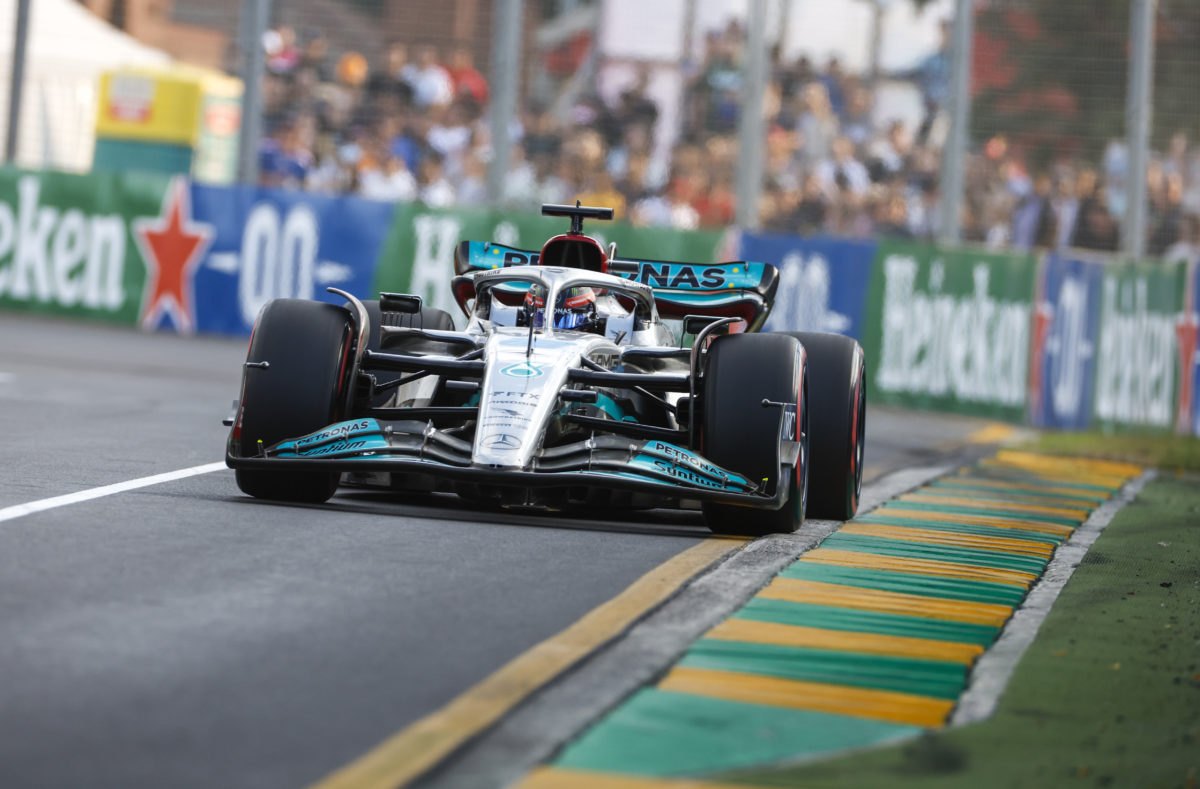 Third place in the Formula 1 Australian Grand Prix came as a surprise to George Russell as he claimed his maiden podium for Mercedes.

The Brit trailed home race winner Charles Leclerc and second placed Sergio Perez with a result which has propelled him to second in the drivers’ championship.

“I think it’s a credit to the team back at Brackley and Brixworth because obviously we want more performance and we are a step behind Ferrari and Red Bull in terms of pace,” Russell said.

“But you’ve got to be there at the end if you want to pick up the points, and that’s what we’ve done on a number of occasions now.

“I mean, this weekend we were the fifth-fastest team, behind these two guys [Ferrari and Red Bull], and obviously McLaren and Alpine.

“Currently standing P3 on the podium, and P2 in the championship is pretty crazy.”

In race trim, both Russell and Lewis Hamilton appeared to be more competitive than their qualifying form showed.

Russell battled with Sergio Perez for second, only ceding the spot as he managed tyre wear on his W13.

And while it’s promising that the team has continue to chalk up podium results, Russell has reaffirmed the fact that there is still a sizeable gap even to the likes of Red Bull, regardless of what the championship standings might say.

“I’d love to say we’ve made a lot of progress, but I think we’ve got to look at the lap times,” he observed.

“We haven’t closed the gap at all to these guys on the right of me [Leclerc and Perez].

“We know we’ve got a lot of work to do but I have faith that we can get there.

“We know the potential is in the car, and we’ve got a lot of work to do to extract that performance.

“So for the time being, if we keep picking up these results, it’s keeping us in the mix.”

Russell has 37 points to his name from the opening three events of the year, nine more than team-mate Hamilton, who was fourth in Melbourne.

Mercedes meanwhile continues to hold on to second in the constructors’ championship on 65 points, 39 down on Ferrari but 10 clear of Red Bull.

Formula 1 heads next to the Emilia Romagna Grand Prix on April 22-24.