Alonso: ‘Hard to accept’ that ‘everything’ is going wrong

Alonso: ‘Hard to accept’ that ‘everything’ is going wrong 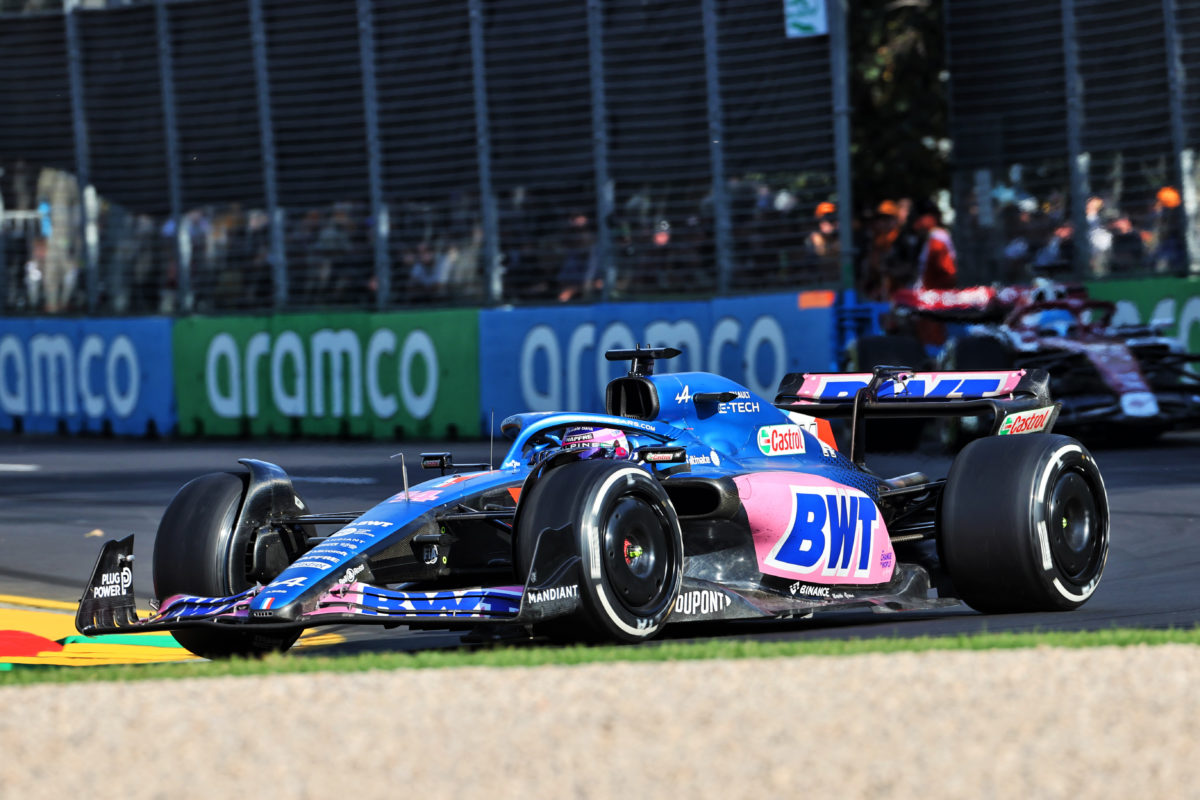 Fernando Alonso has described his plight as “hard to accept” after failing to score points in a Formula 1 Australian Grand Prix which promised so much more.

The Alpine F1 Team was arguably most likely to upstage Ferrari and Red Bull in the third race of the season, but it will leave Albert Park having collected just the six points for Esteban Ocon’s seventh position finish.

Alonso was the last classified finisher, one lap off the pace in 17th spot, after making a late pit stop in a bid to wrest the fastest lap off Charles Leclerc.

While the Spaniard would have denied the eventual race winner the extra championship point, the direct benefit to himself would have only been bragging rights, considering he was already outside the top 10 for which the bonus may be paid.

It was academic in the end, with Alonso unable to better the 1:20.260s which the #16 Scuderia Ferrari entry set on the 58th and final lap of the race.

How he fell outside the top 10 before that stop, however, was a case of ongoing bad luck.

Car #14 had run the less common strategy of starting on the hard compound of tyre and finishing on mediums, a choice which proved the wrong one when a Safety Car was called on Lap 23 due to a Sebastian Vettel crash.

With 35 laps to go, almost twice as long as a set of mediums would realistically last, Alonso became stuck in the train in fourth position, effectively unable to make his pit stop.

He dropped to 13th once he pitted on Lap 39, under the Virtual Safety Car which was issued as a result of Max Verstappen’s failure, and never recovered.

“It’s hard to accept that everything is going in the wrong way at the moment,” said the two-time world drivers’ champion.

“But it’s only three races in the championship; it’s still 20 to go.

“Luck, I guess, is going to compensate sooner or later in the 23 races and we will be, in other locations, lucky, I guess.”

Alonso started 10th after failing to set a time in Qualifying 3 when he crashed at Ascari.

Then, his A522 had suffered a hydraulic failure which had a knock-on effect through the gearbox and other systems, causing him to understeer off and into the barriers.

The 40-year-old suggested he was a genuine chance for pole position, and then a podium on Sunday, if not for that mishap.

Instead, with Verstappen not making the finish, Sergio Perez finished second in the other Red Bull and George Russell was a somewhat fortuitous third in a relatively uncompetitive Mercedes.

A fortnight earlier, Alonso was running sixth in Jeddah when he slowed with an overheating warning.

“At the moment, we lost P6 in Saudi guaranteed; here, I think we were looking for P6 or P7 before the Safety Car.

“Obviously, if we take in account yesterday’s problem, the podium today was very easy with Max out, you know?

“Being George on the podium… I think we were a lot faster than the Mercedes in this circuit, so we lost an opportunity.”

Adding to the frustrations, Alonso had ultimately persevered for nothing with pain in his hands as a result of the impact in qualifying.

Asked how those hands were, he explained, “They were tough, some moments, especially the beginning.

“Then, warming up it was fine, but for the laps to the grid, it was hard.”

Alonso is 14th in the world drivers’ championship with just two points to his name, ahead of the Emilia Romagna Grand Prix at Imola, on April 22-24.