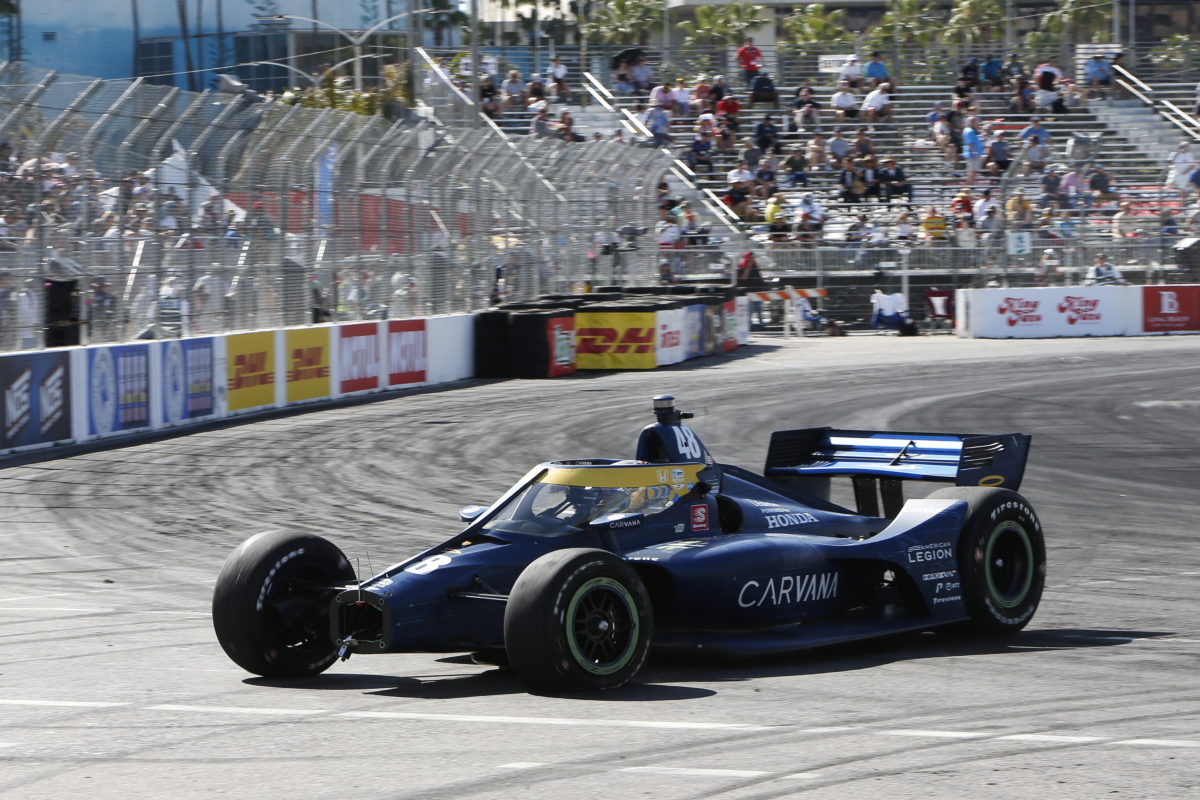 Jimmie Johnson is a question mark for the remainder of the Long Beach IndyCar event after a practice crash left him with a sore wrist.

The Chip Ganassi Racing driver understeered into the tyre barrier at Turn 5 in the opening session of the weekend, having apparently been unsettled by the kerb on apex.

Johnson would later miss the autograph session due to having his right arm in a splint, and was on his way for further examination per his most recent update on social media.

“As you can see, I’m a little banged up and have a splint on,” said the seven-time NASCAR Cup Series champion, who finished a career-best sixth in the most recent IndyCar race.

“First and foremost, apologies to the fans at the autograph session that I wasn’t able to attend. I’d already got something else going on here [pointing to sore arm].

“I’m on my way to be further evaluated, just to get a good honest look and understand what my options are.

“We really don’t have any clarity at this point, and I look forward to updating you all very soon.”

Johnson ended up 24th on the Practice 1 timesheet but, should he be unable to continue, Sebastien Bourdais could well get the call-up.

The Frenchman is at Long Beach as part of CGR’s IMSA squad, and scored pole position in the #01 Cadillac DPi.

IndyCar Practice 2 takes place tomorrow morning at 01:45 AEST, and Qualifying at 05:00 AEST, with both sessions streamed live and ad-free on Stan Sport.