Van Gisbergen tipping everyone to start on soft tyre

Van Gisbergen tipping everyone to start on soft tyre 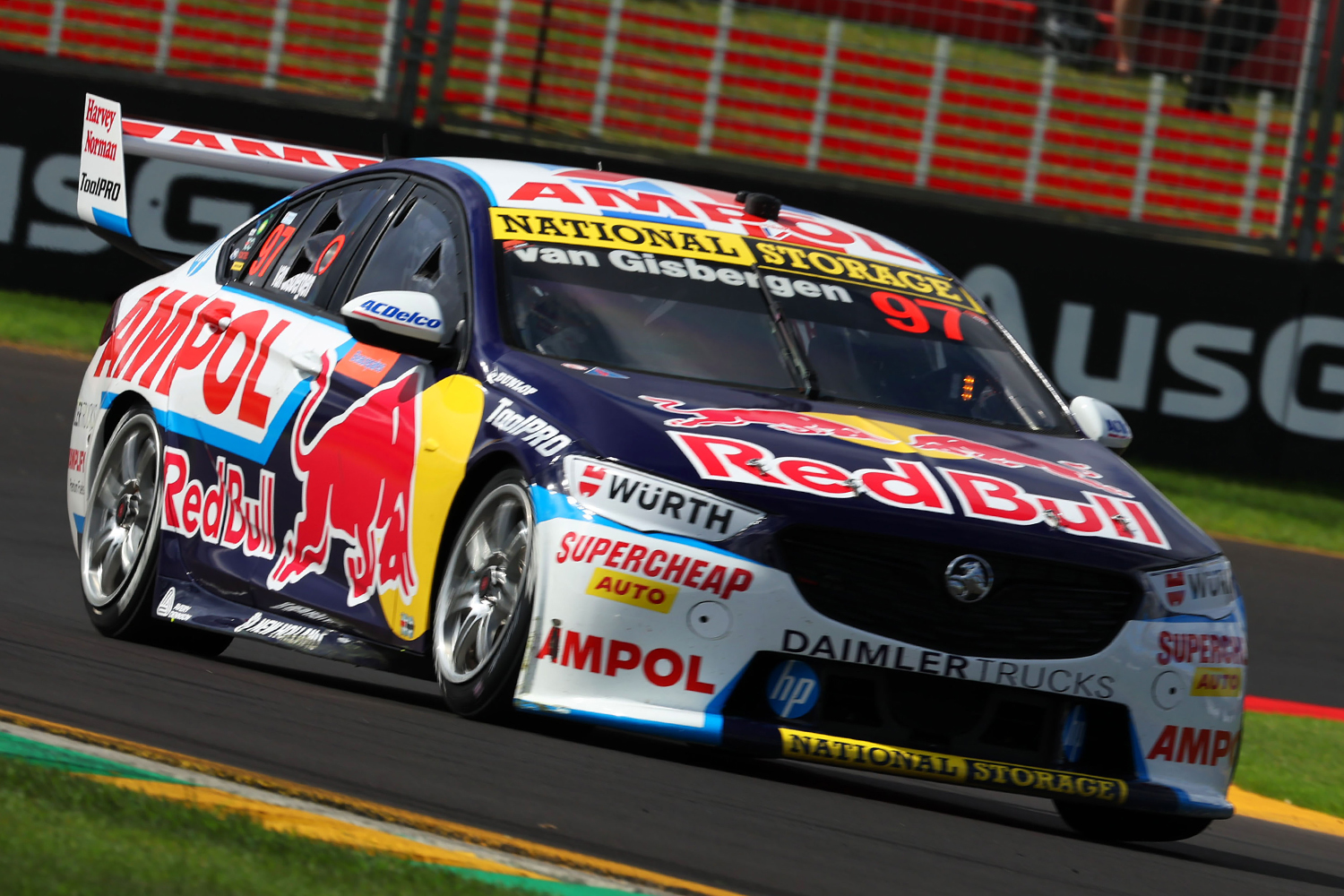 After an eventful Race 6 at the Beaurepaires Melbourne 400, Shane van Gisbergen is expecting everyone will look to start the subsequent races on the same tyre compound.

He would rise to third by the end of the 20-lapper, only behind Mobil 1 Optus Racing’s Chaz Mostert and Penrite Racing driver David Reynolds.

Going into the race there was a near 50/50 compound split, with 12 drivers starting on the soft tyre and 13 on the hard.

As it played out, it soon became apparent that the soft compound could not go too many laps before disintegrating due to blistering.

Meanwhile, those on the hard compound were able to run longer without issues.

There were an unlucky handful who started on the hard compound and swapped to the soft early, only to find it would not last the distance and duly have to pit for a second time.

“The safest option now is to take the hard [tyre are the pit stop] because if you get a Safety Car on Lap 2,” said van Gisbergen.

“You’ve got to start on the soft. If you start on the hard and go to the soft you can’t do the whole race on it.

“I think everyone will start soft tomorrow and see how far they can get and put the hard on, that’s the safest option. Other people might do the opposite and go for glory.”

Although van Gisbergen noted the soft-to-hard strategy is the most straightforward, he noted his higher starting position might change his plans.

He’ll start third for Race 7 behind front-row starters Will Davison and Reynolds.

“Strategy changes for me because I’m starting up the front now,” said van Gisbergen.

“We’ll have to think about what we do and think differently. I just hope people keep doing different stuff and not just all soft and then hard now. I hope people still keep it variable.”

Reynolds admitted he was unsure whether he had made the right decision to start on the soft tyre after the likes of Anton De Pasquale, Davison, Lee Holdsworth, Cameron Waters, Thomas Randle, and James Courtney all opted to start on the hard tyre.

“At the start of the day, I nominated the soft tyre to start with and thought that was probably the wrong idea because everyone around me started on the hard,” Reynolds explained.

“All the engineers were like, ‘Oh, it’s going to be a soft tyre race’ and then bullshit it was, it wasn’t a soft tyre race at all. Well, it kind of was, it came down to whether you destroyed them early.

“I kind of like those races. I reckon they’re fantastic. I hope they don’t change our tyre strategy for the rest of the weekend. Because it creates heaps of drama, heaps of opportunities for everyone. It’s decent racing.

“If we all just had the hard tyre it’d be shit. Hopefully they don’t change it.”

Race 7 of the Repco Supercars Championship in support of the Formula 1 Heineken Australian Grand Prix gets underway at 10:25 local time/AEST.