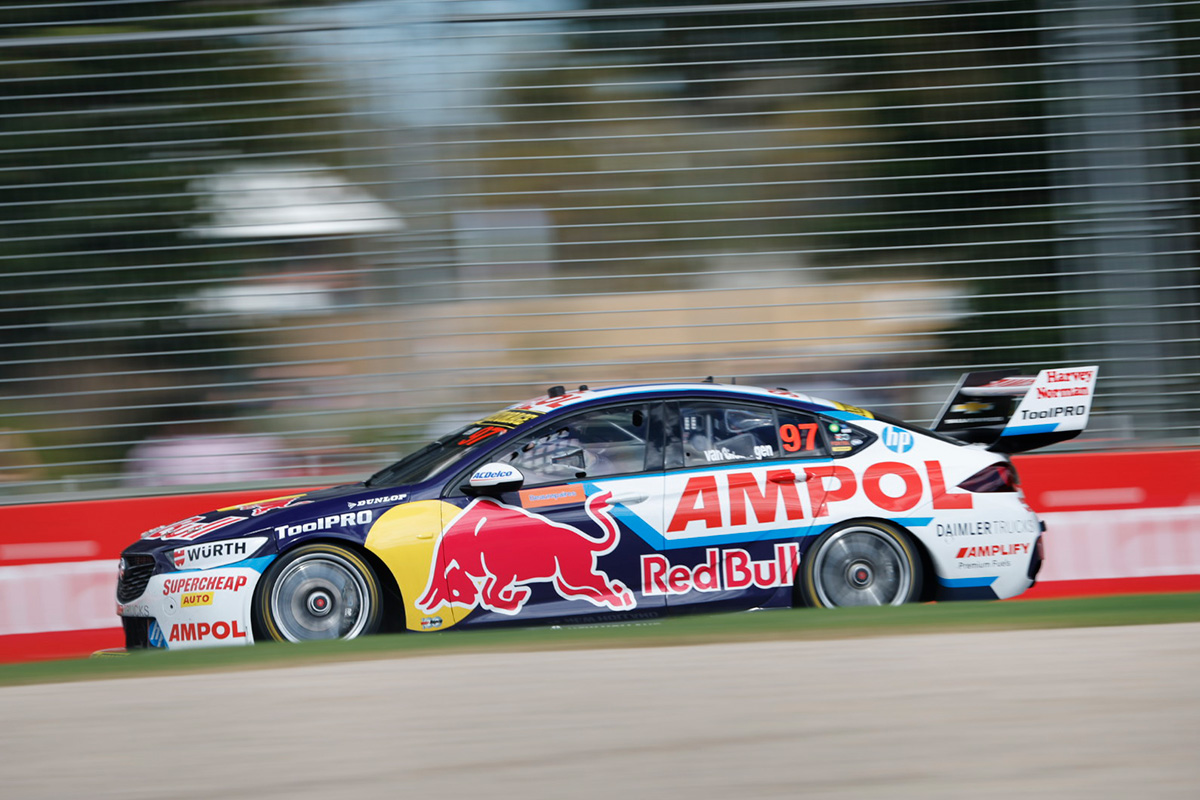 Shane van Gisbergen has put on another clinic at the Beaurepaires Melbourne 400, storming to victory in Race 8.

From there, the Repco Supercars Championship points leader ran unchallenged, cruising across the line to win by 5.6474s from Davison and David Reynolds.

Despite being on the dirty side of the road, Reynolds (#26 Penrite Racing) got the better getaway from the second row to usurp van Gisbergen (#97 Red Bull Ampol Racing).

Behind them, the concertina effect down at the tightening Turn 1 meant Nick Percat (#2 Mobil 1 NTI Racing), Todd Hazelwood (#35 Truck Assist Racing), and Brodie Kostecki (#99 Boost Mobile) found themselves off the road and in the weeds.

Scott Pye (#20 Hino) was another victim of the Turn 1 melee, copping a hit from Macauley Jones (#96 Tools.com) after Thomas Randle (#55 Castrol Racing) came across the nose of the Albury driver.

Pye would pit at the end of Lap 1 with a right front puncture.

After a commanding start, drama struck on Lap 4 for De Pasquale when he locked up the right-front wheel at Turn 1, speared off the road, and skated across the grass.

That saw the #11 Ford Mustang lose out to Davison and Reynolds, duly dropping to third.

Davison pitted from the lead on Lap 4, handing Reynolds the lead.

One lap later, van Gisbergen showed De Pasquale his nose at the second-to-last corner, the latter diving straight into the pits.

Shortly thereafter, van Gisbergen made light work of Reynolds on Lap 6 at Turn 11. With that, the Penrite Mustang pitted.

On the rejoin, Reynolds dropped into net second. However, with warmer tyres aboard, De Pasquale made a move at Turn 4.

Van Gisbergen pitted on Lap 7 and rejoined just ahead of De Pasquale. The Red Bull racer defended De Pasquale’s advances at Turn 3, forcing his main championship combatant to go around the outside.

With the #11 awkwardly placed, the #26 of Reynolds swept around the outside on the run to Turn 4 to take what was effectively third on corrected order.

With the front-runners having gone through the pit lane for their compulsory pit stop, Davison held the projected lead to the tune of four seconds.

With nine laps to go, van Gisbergen got a run on Davison and gave him a nudge for good measure, surging by and into the lead out of Turn 5.

From there, van Gisbergen stretched his legs and left Davison to fend off Reynolds.

Reynolds looked likely to threaten Davison for second, but dropped back every time he got close to a pass with what appeared to be aero understeer.

Ultimately, van Gisbergen was too good, closing out the 20-lap affair with a comfortable buffer.