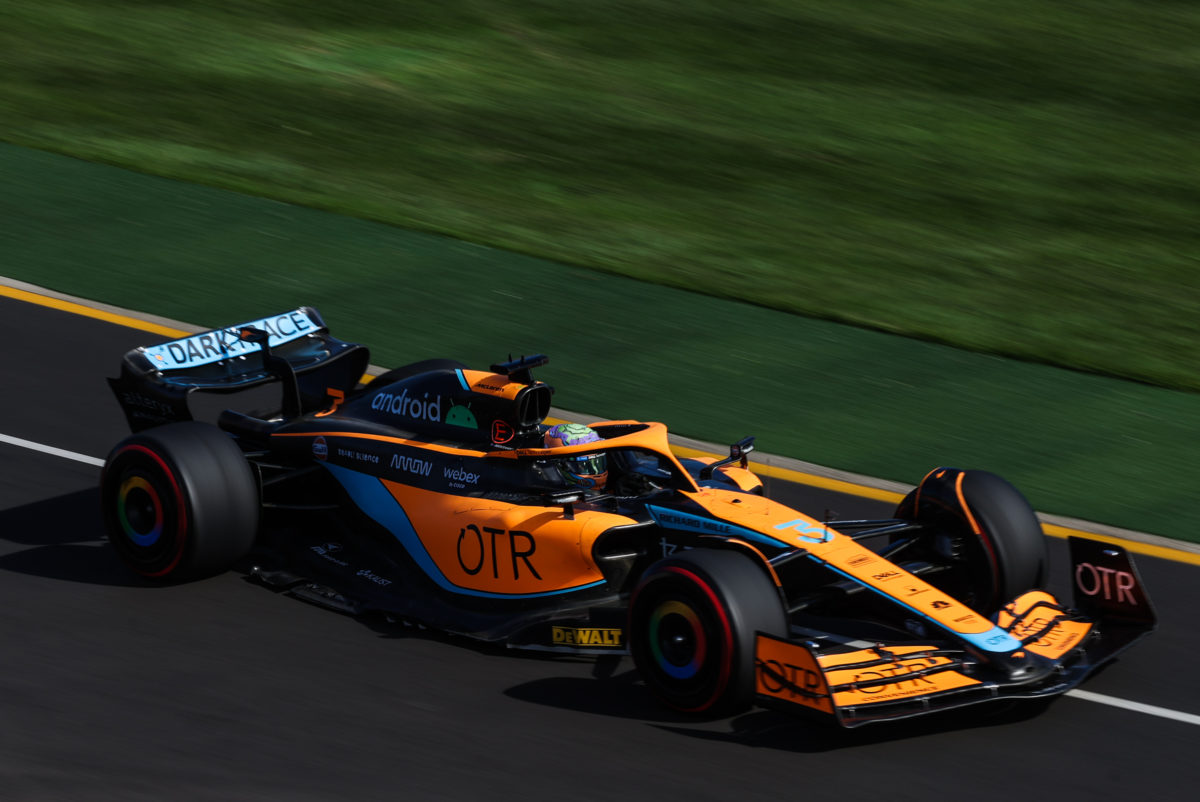 McLaren is sporting branding from South Australian business On The Run on its sidepods, front wing, and halo at this weekend’s Formula 1 Australian Grand Prix.

The British team operates a rotational policy on behalf of BAT on selected areas of the car based on geographic relevance and business-to-business (B2B) relationships. In this instance, that has seen BAT afford OTR pass-through rights.

Previously, that has seen the likes of Vuse and Velo adorn the flanks of the cars from Woking, while 7-Eleven convenience stores featured in Australia in 2019.

“We’ve been seeking out this sort of exposure, because both OTR and The Bend, Sam and I personally are so invested in motorsport, and this is just a huge opportunity,” Yasser Shahin told Speedcafe.com.

Shahin is the executive chairman of Peregrine Corporation, and oversees the operation’s convenience retail business.

“We really wanted to be on an Aussie’s car,” he added.

“Just too good to be true to have it; an Aussie company that’s trying to grow, that’s just opened its first business in Melbourne, to be on an Australian’s car is just awesome.

“We say about our business that we want to be good enough to be global, whether that’s at The Bend Motorsport Park, or an OTR, they’re the sorts of businesses we want to run,” he added.

“This is just a nice manifestation or expression of that.

“We really want to tell everyone how serious we are about what we do. So that’s awesome.”

The OTR-branded McLarens driven by Daniel Ricciardo and Lando Norris return to Albert Park with Formula 1 practice continues in Melbourne at 13:00 AEST this afternoon.