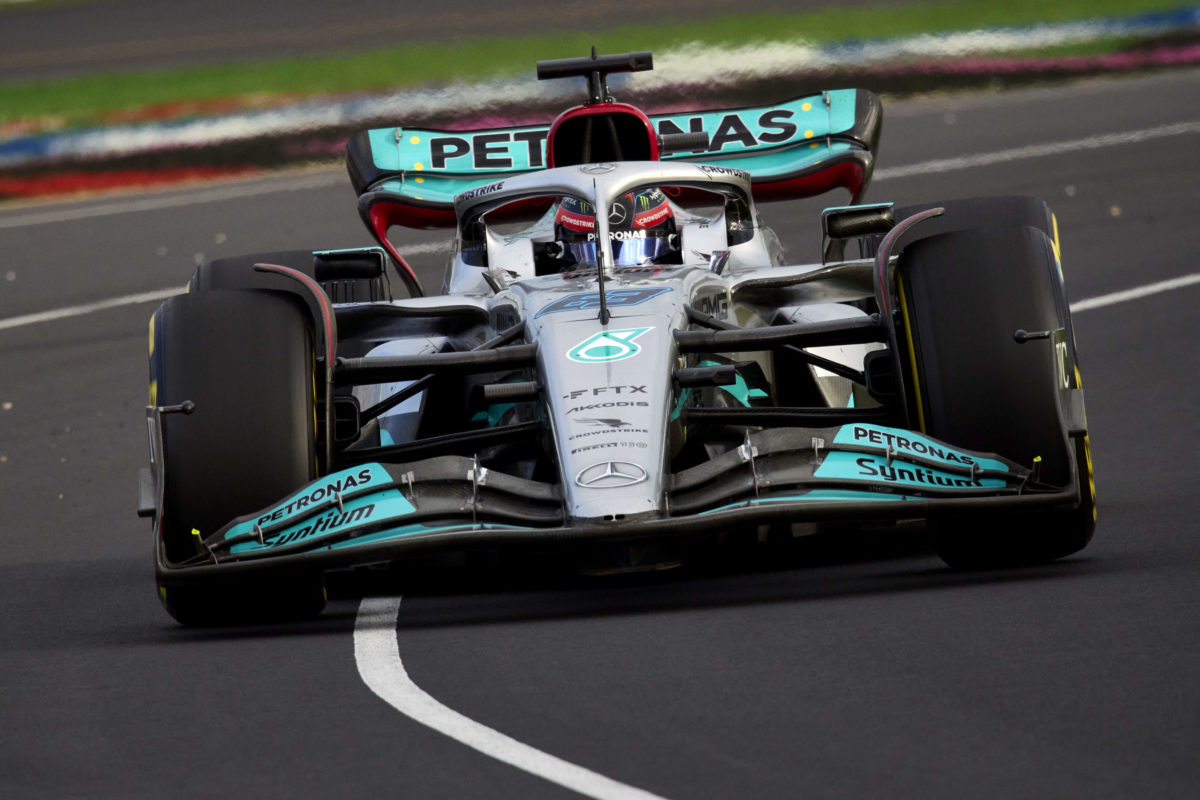 Mercedes continues to battle porpoising, with George Russell describing it as the “most severe” he’s experienced following the opening day of practice for the Formula 1 Australian Grand Prix.

The Englishman was 12th in Friday’s first practice session, improving one spot in the afternoon to end the day 1.2s down on pace-setter and championship leader Charles Leclerc.

Lewis Hamilton hardly fared better in the sister car, seventh best in FP1 before dropping to 13th in the second 60-minute outing.

“Into Turn 9, it’s probably the most severe I’ve experienced, but I think it’s something we just have to deal with for the time being.

“We believe that’s the fastest way around the track, but maybe it’s not.”

Mercedes has struggled with porpoising throughout the season thus far, with the team believing the W13 holds potential it’s currently unable to exploit.

“We need to keep digging into the data and understand – we’ve sort of gone from left, right, and centre with the set-up and all resulted in a similar outcome,” he explained, echoing statements made by Hamilton.

Ferrari topped both practice sessions on Friday, with Carlos Sainz fastest in the morning from team-mate Leclerc.

Red Bull also showed solid pace, while McLaren suggested it has made progress after a slow start to the 2022 season.

Mercedes, which has been the third best team in the first two races of the campaign, looks to have slipped further into the midfield battle, at least based on the opening two hours of running in Melbourne.

“We’re not in the position where we want to be,” Russell conceded.

“There’s quite a few midfield cars ahead of us, and [we’re] obviously quite a long way from the pace at the front.

“Didn’t feel too bad,” he said of the car’s performance.

“It was a bit strange. On my soft tyre I kept on improving and improving, and a few other drivers did that, but it seemed a little more extravagant from our side of things.”

Formula 1 returns to Albert Park for the third and final practice session at 13:00 AEST ahead of Qualifying at 16:00 AEST.