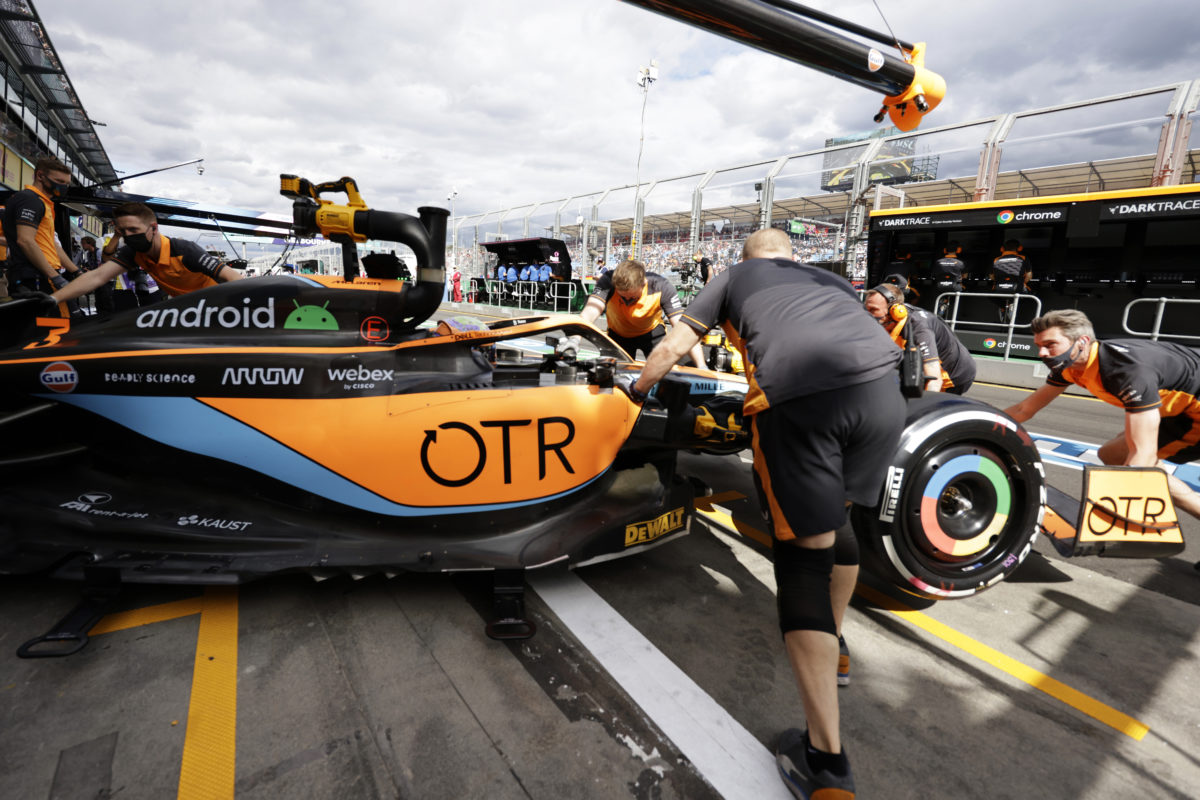 McLaren is targeting a double-points finish in tomorrow’s Formula 1 Australian Grand Prix following its strongest showing of the year to date.

Lando Norris and Daniel Ricciardo both qualified inside the top 10 for Sunday’s 58-lap encounter with the former set to line up on the second row of the grid alongside Sergio Perez.

Ricciardo will take the start from seventh, McLaren carrying its promising practice pace into the first meaningful session of the weekend.

“I was happy today that we could confirm, actually in qualifying, the performance we have seen of our cars throughout the practice sessions,” team principal Andreas Seidl said when asked by Speedcafe.com what he expected from the race.

“I would think that we can be in a similar performance window tomorrow throughout the race, which means we are set for decent points with both cars.

“I will be very happy with if we could leave tomorrow night with both cars in solid points.”

McLaren struggled at the season opener in Bahrain, a venue which appeared to highlight weaknesses in the MCL36 package.

A week later in Saudi Arabia met with improved performance, the Jeddah circuit comprised of more high-speed corners which masked some of the team’s deficits.

This weekend, McLaren has some subtle aerodynamic tweaks at the rear of the car, though the drivers suggests the performance is more a case of the circuit playing to the car’s strengths.

“There is similarities to Saudi in terms of like the flowing kind of more high speed nature of it compared to Bahrain,” Ricciardo explained of the Albert Park circuit.

“Maybe that’s a little better for us at the moment, but we’re also starting to get on top of the car a little more.

“It’s not like we brought something crazy different this weekend, I think it’s still probably more of a track dependent performance at the moment.”

It’s a view shared by Norris, who suggested the bulk of the squad’s improvement was a result of the circuit layout.

“I think the majority of it is just is the track,” he said of the upturn in performance this weekend, noting the team has learned more about the MCL36 since the start of the year.

“We’ve not brought anything which has changed much, and it’s not like we can do that much more with the set-up to actually just make it suddenly go a lot quicker.