Love makes it three from three in Carrera Cup

Love makes it three from three in Carrera Cup 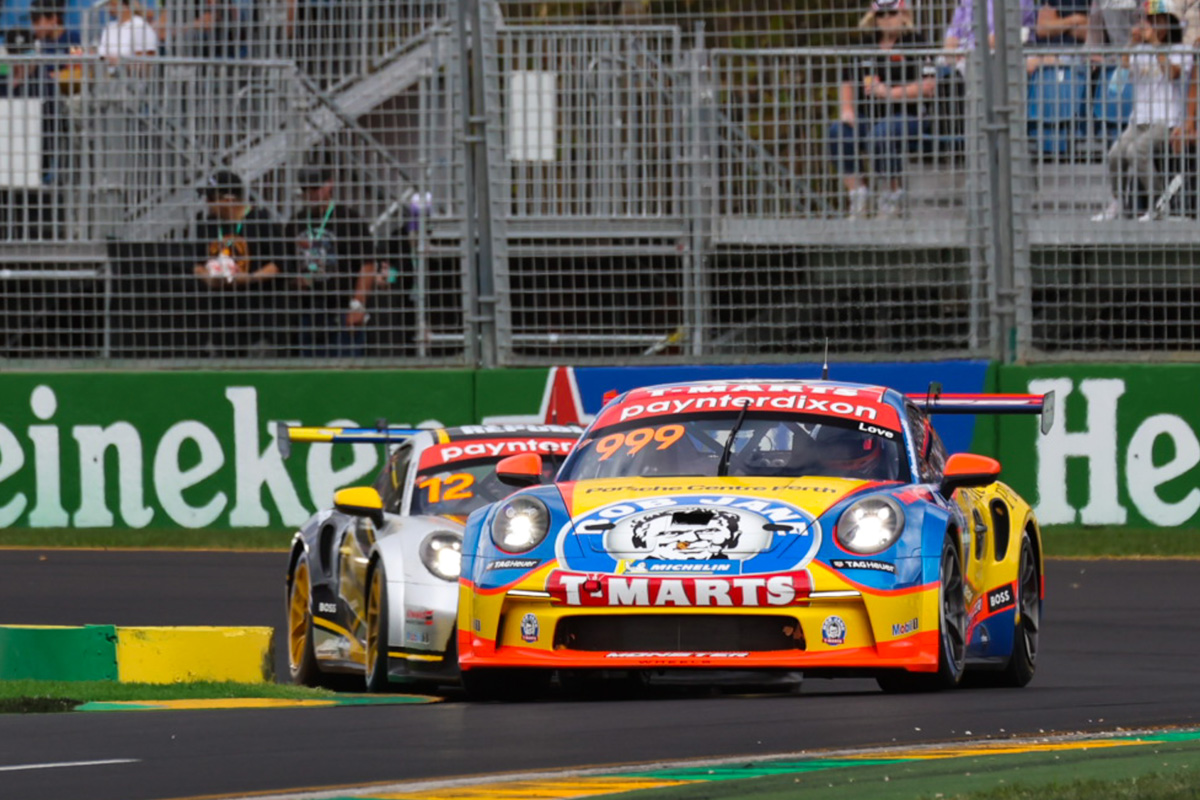 Aaron Love has made it three from three in the 2022 Porsche Paynter Dixon Carrera Cup Australia Championship after taking a lights-to-flag win at Albert Park.

Making a one-off appearance for Sonic Motor Racing Services before jetting off to compete abroad, Love has been unbeaten since Thursday qualifying.

The #999 driver got away cleanly from pole while Harri Jones seized second with an aggressive first-corner lunge.

There was chaos behind as Jackson Walls ploughed into the back of Angelo Mouzouris, sending the Super2 regular into the gravel trap.

Walls didn’t make it past Turn 3, while Duvashen Padayachee was also caught up in the melee.

Marc Cini found the wall at Turn 10 soon after a Lap 4 restart; and Morris Finance Pro-Am front-runner Liam Talbot was forced to park his Porsche in the pits.

Max Vidau returned to being Love’s biggest threat with a Turn 11 move on Jones on Lap 6, but the Tekworkx Motorsport driver could not overhaul Love by the time certain finish after eight laps.

“I have had a bit of practice with these restarts, but it’s all about trying to keep my head down and stay nice and calm, it’s really nice to come away with the three wins from the past races,” Love said.

“Hopefully, we can tune the car up a little bit for tomorrow, we’ve got our work cut out for us, Max is really quick so we’ll have to do a bit of research overnight and get stuck into it for tomorrow’s race.

“The 992 is what I’ll be campaigning in France this year and it’s definitely helped being back with the Sonic guys, it feels like home, it’s definitely going to give me a leg up going into the French Carrera Cup Championship, ease myself into it this weekend and go full-on next weekend.”

“It was a great race, but I got a bit baulked at the start with the Pros, but once we got through all that stuff it was a really good race,” Emery said.

“I had Liam come back from a bit, then Shahin, but it was a good battle.

“I’m loving the new car, it really suits my driving style, I’m excited for what the year has in store for us.

“It’s certainly got that GT type feel to it, which I’m really enjoying.”

The fourth and final Carrera Cup Australia race of the weekend will take place from 11:05 AEST tomorrow.