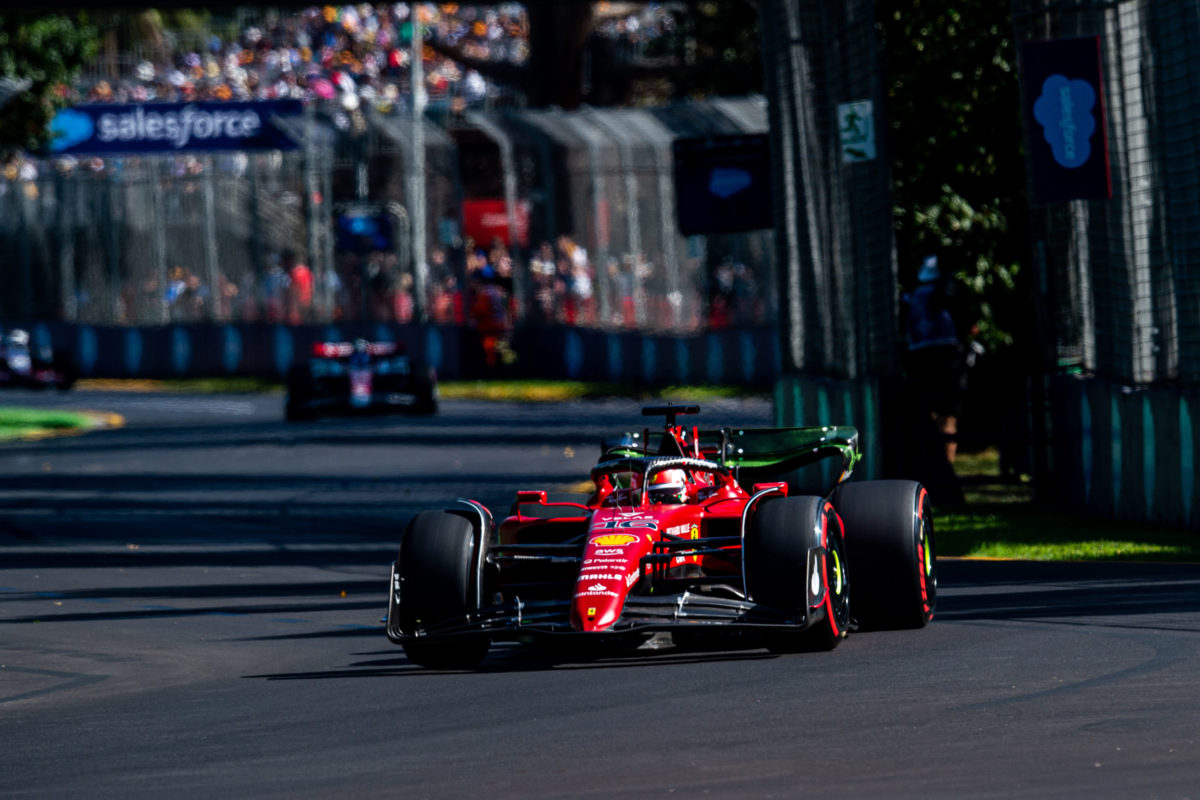 Charles Leclerc admitted to taking ‘quite a bit of risk’ en route to claiming pole position for the Formula 1 Australian Grand Prix.

Leclerc headed Max Verstappen and Sergio Perez at the end of an interrupted hour-long session, nabbing pole off the 2021 world champion after the chequered flag had fallen.

“I took quite a bit of risks, especially in Turn 6, which was quite tricky,” the points leader said.

“I wasn’t really on it during qualifying on this corner, just doing some mistakes, and then in the last two, three laps, I managed to make it right.

“I think I gained quite a bit on myself compared to the other laps.

“I’m very happy with the lap, and especially on a track like this where I’ve always struggled in the past.”

Leclerc has been among the pace-setters all weekend, finishing second to team-mate Carlos Sainz in opening practice and topping Friday’s second session.

He was then second to Lando Norris in Free Practice 3 before recording his second pole of the 2022 season.

However, it was far from straightforward as two red flags interrupted proceedings and saw the evening sun wreak havoc with visibility.

“My first lap in Q2, I took a lot of risk, because I had no idea where was the limit of the track,” he recounted.

“You are just guessing a little bit and it’s just with the rhythm of the weekend, more or less, you need to turn here.

“But I really had zero idea where was the limit of the track, and it was very tricky.”

The low sun saw drivers swap visors to cope, only for it to then go behind clouds in what became difficult changing light conditions late in the piece.

“Even with the darkness visor, it’s still not enough, and it will be too dark for the rest of the track where they are due to the cloud, so it’s just a compromise that we had to find,” the Ferrari driver admitted.

“It’s the same for everyone at the end, but it was definitely extremely tricky.

“And the last sector also on the Q3 lap. On the last Q3 lap I lost a little bit, but just because it was very difficult to see where I was.”

Tomorrow’s race begins an hour earlier than qualifying did meaning the sun should not pose an issue unless there is a lengthy stoppage.

The Formula 1 Australian Grand Prix gets underway at 15:00 AEST.