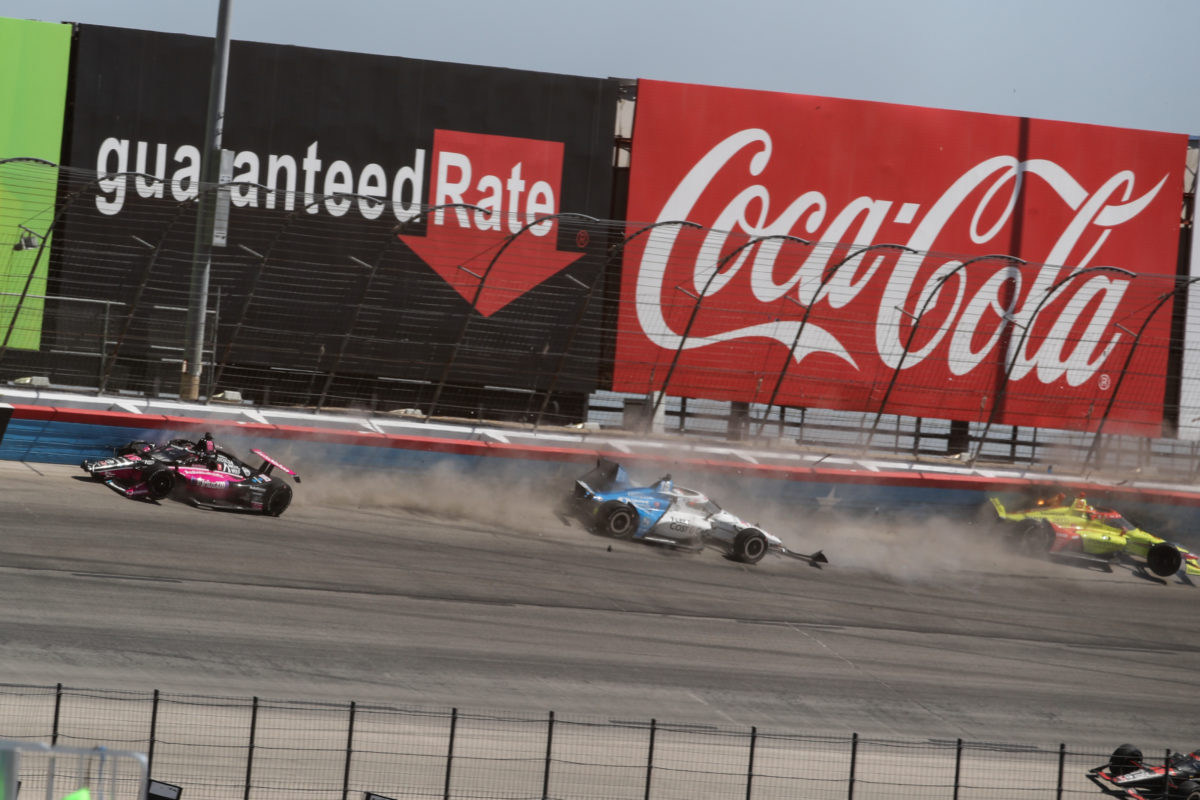 (left to right) Helio Castroneves, Graham Rahal, and Devlin DeFrancesco in the crash which the latter caused at Texas

IndyCar rookie Devlin DeFrancesco will serve a six-position grid penalty this weekend at Long Beach as punishment for the crash he caused last time out at Texas.

DeFrancesco took himself and two other drivers out on Lap 129 of 248 when he tried to squeeze underneath Graham Rahal as they turned off the back straight.

They made contact which caused Rahal (Rahal Letterman Lanigan Racing) to also hit Helio Castroneves (Meyer Shank Racing), with all three then crunching the wall in an incident which triggered the fourth Caution of the race.

“A Competitor who fails to demonstrate their responsibility and initiates a maneuver that results in contact with another Competitor may be penalized.”

Given DeFrancesco could not serve a penalty in Fort Worth, he will take one at the Grand Prix of Long Beach.

Practice for the Californian street race starts this morning at 08:15 AEDT.

Qualifying is due to get underway tomorrow at 05:00 AEDT, and will be streamed live and ad-free on Stan Sport.