De Pasquale: DJR doing everything to bridge gap to SVG

De Pasquale: DJR doing everything to bridge gap to SVG 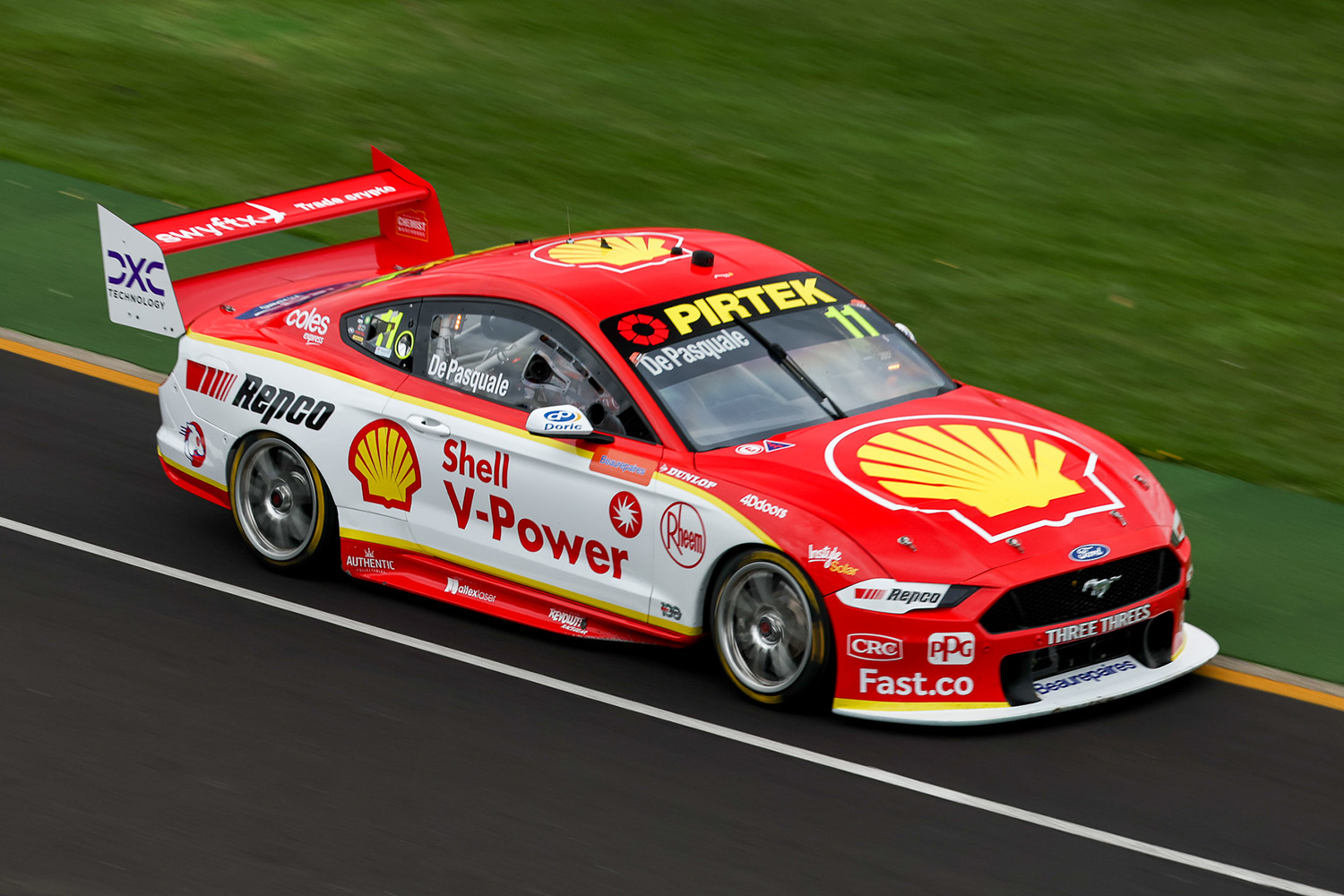 Anton De Pasquale says his Shell V-Power Racing Team is doing everything it can to bridge the gap to Repco Supercars Championship leader Shane van Gisbergen.

The #11 Ford Mustang pilot has had a relatively frustrating time of it in the first three races at the Beaurepaires Melbourne 400.

De Pasquale and team-mate Will Davison have shown excellent one-lap pace, the Dick Johnson Racing duo taking three pole positions from the four races between them.

However, the team has lacked race pace. Both drivers have been in contention for wins in Race 7 and Race 8, only to be beaten by Red Bull Ampol Racing’s van Gisbergen.

Asked by Speedcafe.com where he was lacking, De Pasquale replied, “Just a bit of speed.

“Obviously our one-lap pace is good, but we just need to make the race car a little bit better and hopefully fight a bit harder.

“We’re just doing everything we can to bridge the gap in that race trim. We’re pushing as hard as we can. I’m sure everyone else is too. It’s just one of those things.”

From pole position, De Pasquale led the early phase of Race 8 until a mistake at Turn 1 on Lap 4 sent him through the gravel trap at high speed.

The #11 Ford Mustang pilot lamented the left front lock-up, which dropped him from the lead to third.

Nevertheless, fourth marked a positive end to Saturday’s proceedings after the Race 6 tyre failure that saw him eventually finish 23rd and the Race 7 penalty that relegated him to 20th.

“It was all going okay,” said De Pasquale.

“We had a lock-up which put me back a few spots and that’s sort of where we ended up.

“Ultimately we didn’t have the pace to win the race anyway. It cost me a couple of positions, but we’ve sort of come out of it not too bad.

“That’s sort of the first proper race we’ve done for us, obviously with the dramas yesterday and all the drama of this morning’s race.

“We’ll learn from that and we’ll see what we’ve got tomorrow.”

De Pasquale will start Race 9, the last 20-lapper at the Beaurepaires Melbourne 400, from second alongside team-mate Davison.