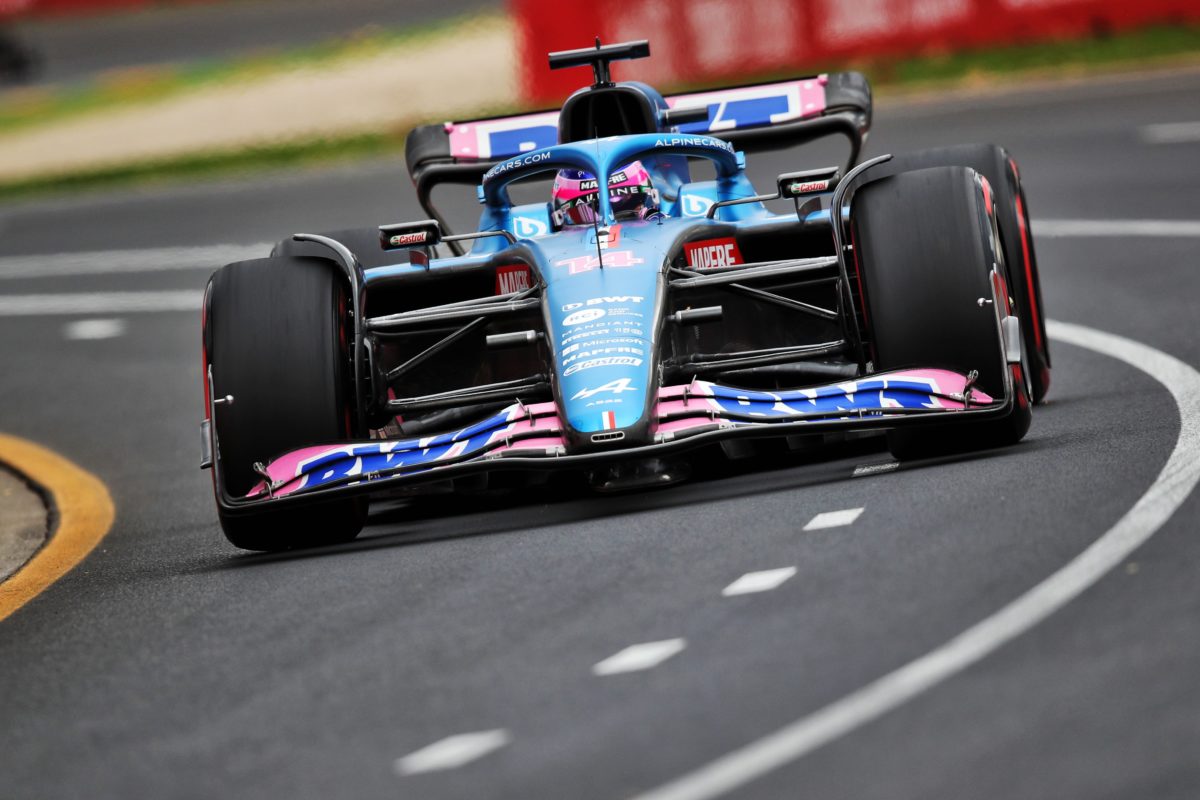 Fernando Alonso believes he could have been on pole position for the Formula 1 Australian Grand Prix if not for a hydraulic failure which caused him to crash.

The Spaniard struck trouble on the run towards Ascari on his first flying lap in Qualifying 3 at Albert Park, with the hydraulic issue leading to a gearbox failure.

Unable to get a gear for the relatively slow right-hander, he understeered wide of the apex and ultimately into the barriers, before he could even set a lap time in the final phase of qualifying.

It was a particularly unfortunate end to Alonso’s afternoon considering he looked the biggest threat to the Ferraris and Red Bulls so far this weekend.

He believes a pole position was not out of the realms of possibility, having been on a fast lap at the time of the drama, but will instead start 10th for tomorrow’s 58-lap race.

“It’s a hydraulic problem,” Alonso reiterated after the session.

“The gearbox was not working any more, and the engine also switched off, power steering switched off, so I think there is something more that we need to investigate when the car is back.

“It is unbelievable, how unlucky we are because, [if the failure happened] 20 seconds later, maybe we were on pole.

Asked if he thought he had the pace for pole, the two-time world drivers’ champion simply responded, “Yes.”

The mishap comes after Alonso was also forced out of the most recent race, the Saudi Arabian Grand Prix, with mechanical issues.

Furthermore, he has copped by far the worst of Alpine’s reliability niggles this year, with team-mate Esteban Ocon far more fortunate.

“The other car seems okay, so that’s why I said it is a little bit unlucky, because, if we have a reliability problem on both cars, you know they are facing issues; it could be something that we need to fix.

“In Bahrain, we were P9 or P10 – maybe you don’t care if the car stops, because it’s only one point – but in Jeddah, we were okay.

“And today, top two or top three was guaranteed, I think, and it hurts.”

Alonso was wary of predicting how he might now fare come Sunday afternoon, given his A522 may need replacement components which would trigger grid penalties.

“Let’s see what the car is when we come back to the garage, if we need to change something that requires some penalties or whatever; let’s see,” cautioned the 40-year-old.

“But right now, in the heat of the moment – you are so close to pole position tomorrow – scoring a couple of points is okay, but I think we deserved a podium.”

As for being competitive with Ferrari and Red Bull, Alonso said it was “maybe a surprise to fight for pole but not a surprise to be closer and closer to the leaders”.

He suggested that the A522 suits smooth circuits, based on the formline thus far from Bahrain, Jeddah, and now the newly resurfaced and reprofiled Albert Park.

“I think we seem to like these very smooth circuits – Jeddah, this new Melbourne – fast circuits because in Bahrain, with the first two corners, we were not as competitive as the last two events,” noted the Spaniard.

“So, we keep figuring out what is our weaknesses and our strengths, and the same for our competitors, but we need more results.”

The Formula 1 Australian Grand Prix is due to start at 15:00 AEST.