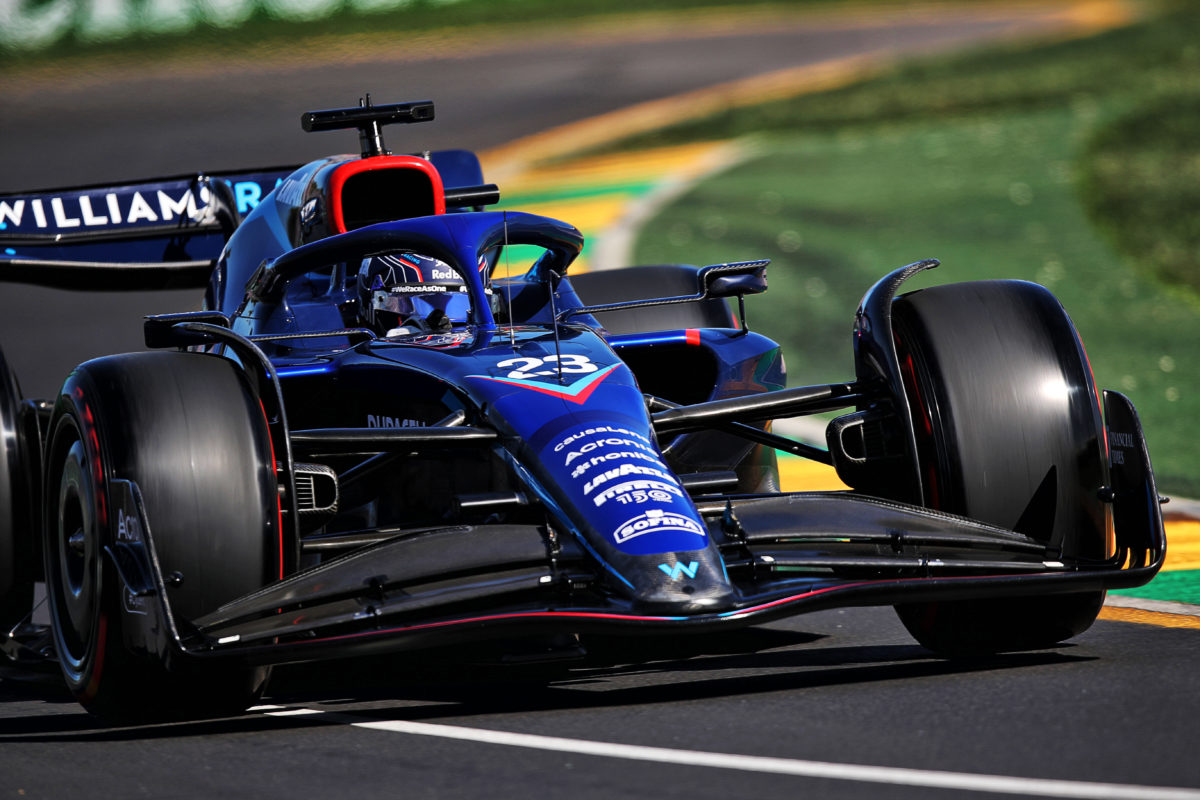 Williams’ Alexander Albon has been disqualified from qualifying for the Formula 1 Australian Grand Prix due to an insufficient fuel sample.

Car #23 is set to start Sunday’s race from the back of the 20-car field after officials could not extract the requisite one litre of fuel after the session.

Albon had been 16th-fastest in Qualifying 1, albeit already with a three-position grid penalty arising from the Saudi Arabian Grand Prix hanging over his head.

While not progressing to the second stanza, he still caused a delay by stopping on the side of the track on his in-lap in Q1, with his Williams ultimately pushed back to the paddock.

“After Qualifying Car 23 had insufficient fuel to yield the required 1.0 litre sample,” read the stewards report, in part.

“Given this situation, Car 23 is not in compliance with the requirements of Article 6.5 of the FIA Formula One Technical Regulations.

“According to Art. 6.5.2 competitors must ensure that a 1.0 litre sample of fuel may be taken from the car at any time.

“The procedure was followed however the 1.0 litre sample of fuel was unable to be taken.”

The Thai driver is set to share the back row with Aston Martin’s Lance Stroll, who was penalised for a run-in with the other Williams of Nicholas Latifi in the final minutes of Q1.

Stroll was not classified in qualifying having failed to set a lap time, although both he and Albon were given permission to start, as is customary.

Pole-sitter Charles Leclerc was cleared of wrongdoing after allegedly driving unnecessarily slowly on an in lap, as was Red Bull’s Sergio Perez for allegedly failing to respect single yellow flags.

Stewards found that Leclerc was originally intending on a cool down lap before a change of plan from Ferrari, with the Monegasque lapping Albert Park even slower once he took action to ensure he did not impede other cars.

The Mexican, who qualified third, explained, “I was going into [Turn] 11 and I was told about the yellow flag, so I backed off.

“I think I lost about half second just from braking, and then there was a green panel afterwards and just completed the lap and lost half a second, six tenths about.

Yuki Tsunoda was found guilty of an unnecessarily slow in lap, the AlphaTauri driver reprimanded for the third time this season but keeping 13th on the grid.

The Formula 1 Australian Grand Prix is set for a start on Sunday at 15:00 AEST.