Vettel under investigation for ‘entering track without permission’

Vettel under investigation for ‘entering track without permission’ 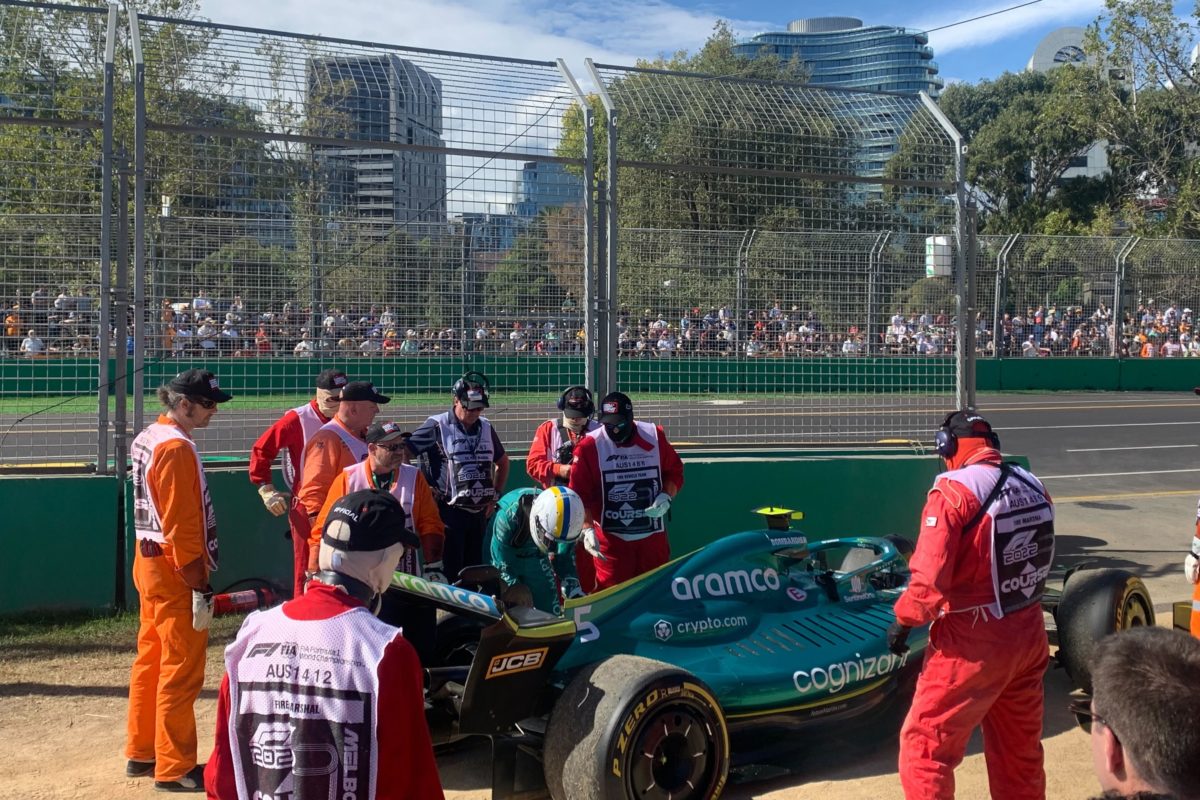 Sebastian Vettel is under investigation following the opening Formula 1 practice session ahead of this weekend’s Australian Grand Prix.

The German was forced to stop on track after reporting a loss of power from the Aston Martin, pulling up following the flip-flop around the back of the circuit.

It triggered the second red flag of the session as Vettel used a fire extinguisher on the car which was then promptly pushed behind the concrete barrier.

However, it was seemingly for the four-time world champion’s actions post-session that caught the eye of officials.

After the chequered flag had been waved, Vettel appeared to commandeer a scooter, riding it back to the Formula 1 pit lane – doing so with his helmet not properly fitted.

He was also seen to be riding at points with no hands.

Vettel will not be the only visitor to the stewards, with Carlos Sainz and Zhou Guanyu also being flagged when the former appeared to impede the Sauber driver.

Lance Stroll and Kevin Magnussen also received a note to see the stewards.

That summons noted an “Alleged breach of Article 37.5 of the FIA Formula One Sporting Regulations by Car 18 unnecessarily impeding Car 20 in Turn 3 at 13:32”