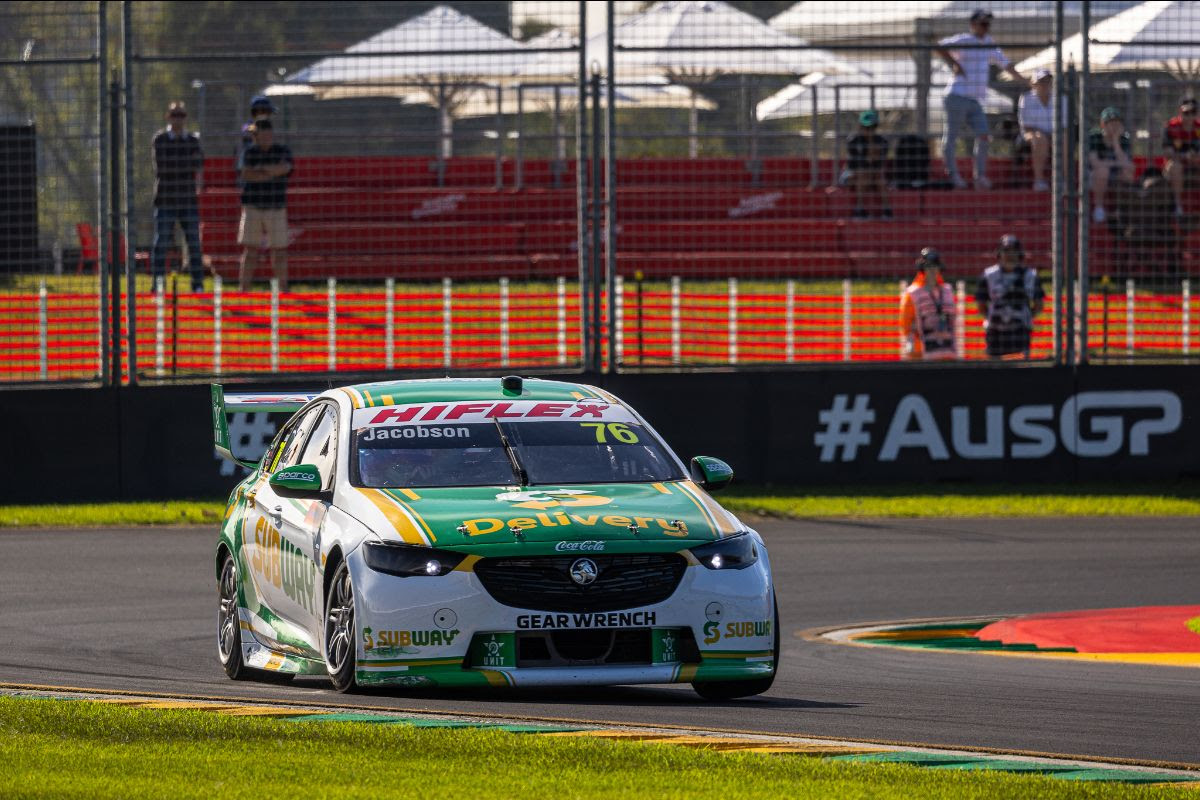 Several teams were caught off-guard by tyre blistering during the opening 20-lap race at the Beaurepaires Melbourne 400, including the Shell V-Power Racing Team’s Will Davison.

In total, nine of the drivers who started on the hard tyre and pitted for the soft compound rubber early, ended up back on the hard compound by the end of the race.

Jacobson found himself in the thick of it, eventually finishing ninth in the #76 Subway Racing Holden ZB Commodore.

It marked the best finish for PremiAir Racing in the six races to date this season.

Ironically, it came as team boss Peter Xiberras races on the other side of the country in Perth in the Burson Auto Parts Australian Top Fuel Championship.

“It was a case of who went out first on the hard tyre versus soft,” said Jacobson.

“We elected to go out on the soft because we thought if it’s going to be a situation where we’ve got to pit with that delamination sort of high-grip surface, at least we’ve got the option to finish on the hard.

“I think it’s a genuine top 10 in terms of just experience. We went out in Practice 2 and did a long tyre run on our soft tyre, not really focusing on a qualifying car, and the warning signs were there then.

“Really good preparation for our guys. We thought this might have been a situation and we tested for it in Practice 2. That’s the result we get rewarded for today.”

Jacobson said he could tell something wasn’t right when the long radius corners became trickier.

“There were a couple of corners that you’d normally call them long straights down the back straight where you’re not turning the wheel that much at all,” Jacobson explained.

“I could feel vibrations and I could feel the car was actually squirming across the top of the surface.

“I’m going, ‘Oh, that’s not really how a Supercar behaves with these nice Dunlop tyres’ so, that was the warning sign.

“We wanted to go one more lap and I actually called it and said, ‘no, no no, let’s pit now’ and trusted that the hard compound tyre could finish the rest of the race, and it did.

“I probably underdrove it a little bit, to be honest, because we were in a good position from where we started and we’ll keep the top 10.”

Jacobson will start from 21st, 24th, and 20th in the final three races at the Albert Park Grand Prix Circuit.