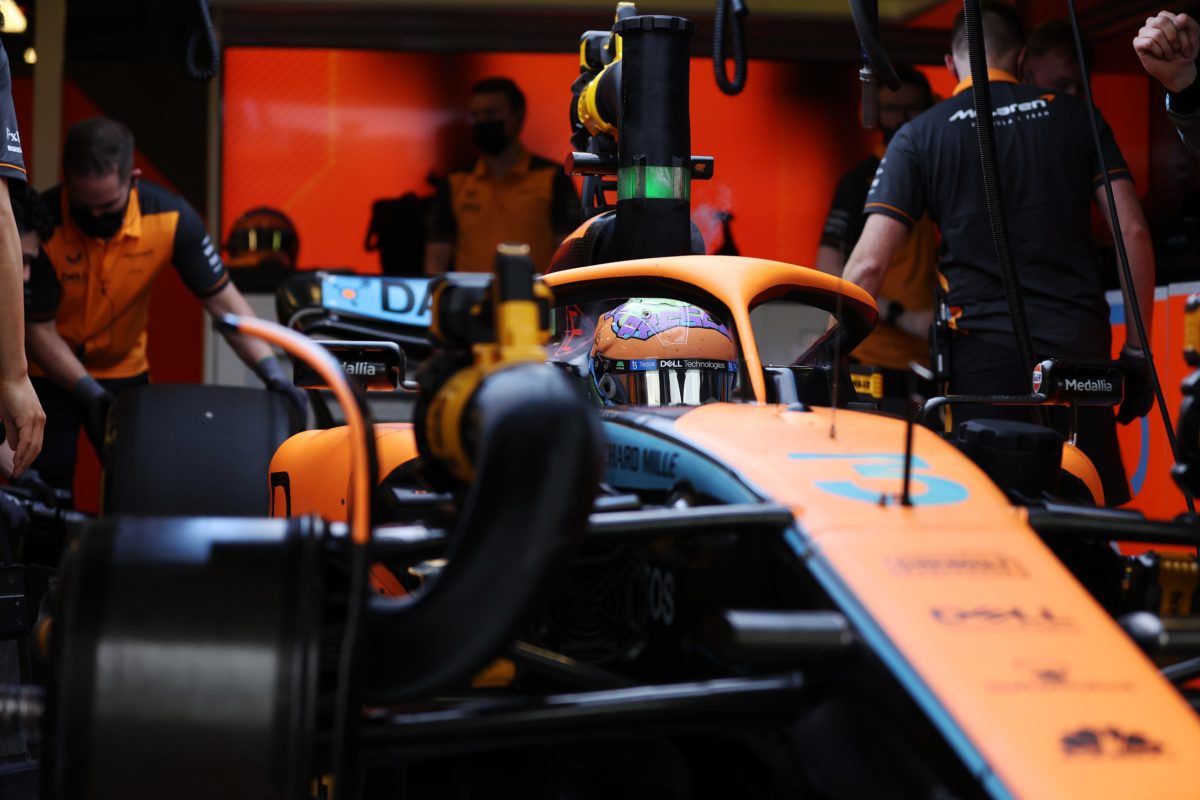 A positive opening day for Daniel Ricciardo saw him end both practice sessions for Sunday’s Formula 1 Australian Grand Prix inside the top 10.

The Australian was eighth fastest in Practice 1, 1.3s off the outright pace, and more or less held sway in Practice 2 as he ended up 10th, 1.2s adrift of Charles Leclerc’s best.

And while Ricciardo was pleased with his performance on the medium tyre, he was perhaps most enthused by lapping the reprofiled Albert Park circuit.

“It was fun. I think some corners are very similar, but others I think… probably Turn 6 is my favourite,” he said.

“It’s very fast and it’s banked as well, and then you exit onto the kerb… it’s just a fun corner.”

Turn 6 is a right hander which feeds drivers onto the fast Lakeside Drive, a section which is now a flat-out sweep into the flip-flop chicane.

It was one of those that had its geometry changed, and is now notably faster than it was before.

Elsewhere, other changes have been designed to improve overtaking opportunities, with the circuit widened or corners tightened.

“Turn 11, it’s much different: it’s much more square and it’s a bit bumpy at the apex, so that’s a bit more challenging.”

Ricciardo played a part in the redesign of the circuit, which he believes will allow cars to follow more closely.

Whether or not that results in better racing, the McLaren driver was reserving judgement.

“Ask me Sunday night,” he said.

“And I think also, complemented by an extra DRS zone, the cars can follow a bit better this year so yeah, if there’s not more overtaking I think you’re going to see at least more closer racing and more kind of nose-to-tail [action].

“But I think we’ll get a fun one Sunday,” he added.

“I’m cautious not to oversell it because I honestly don’t know what the facts will be, but it was my main thing is today it was an enjoyable driving experience.”

Ricciardo was pleased with his own performance, though is aware that others may not have shown their true pace as yet.

“Hopefully there’s not too much sandbagging going on with others,” he said.

“The feeling in the car was good.

“I think both sessions were top 10 so hopefully we can keep that going tomorrow.

“The main thing is I think we have a decent level of confidence in the car.

“We found a good step this afternoon and especially the first part of the session on the medium I was pretty happy,” he added.

“I think with the soft didn’t find as much as we I think can, so there’s more to come from that tyre.

“Otherwise, from driving, I felt like I was getting on the limit today. I don’t have a second in my pocket but of course you’ll find a little more as the weekend goes on.”

Formula 1 returns to the Albert Park circuit at 13:00 AEST on Saturday for Free Practice 3.