Randle ‘rights the ruins’ with fourth in qualifying

Randle ‘rights the ruins’ with fourth in qualifying 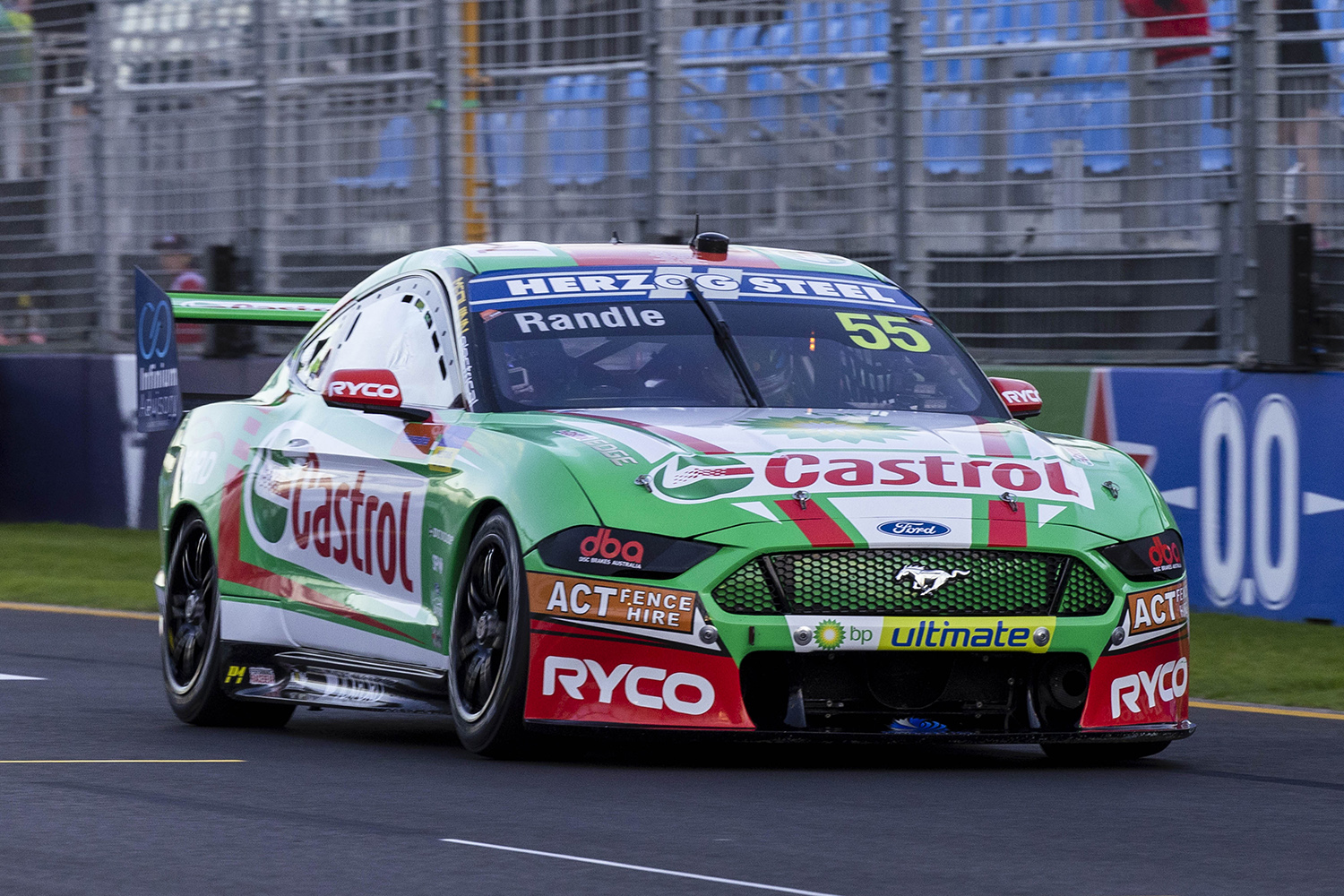 Thomas Randle says he wanted to right the wrongs of his Thursday misdemeanour after qualifying a standout fourth for Race 9 at the Beaurepaires Melbourne 400.

The #55 Castrol Racing driver had a self-confessed “major brown pants moment” on the opening day at the Albert Park Grand Prix Circuit, spinning in the second qualifying session.

That would see him qualify down 23rd for Race 7, which came just minutes after his initial career-best ninth in the preceding session.

Come Friday, Randle recorded 16th in the penultimate qualifier and bettered his benchmark to fourth in the final outing.

“I actually just had to check to make sure that Alonso was off the side of the doors,” said Randle, noting Thursday’s outing for Formula 1 driver Fernando Alonso.

“I’ve just got to thank the whole team, Tickford Racing, the Castrol Racing Mustang was a jet.

“I wanted to right the ruins of my mistakes in quali two yesterday.

“A tenth off pole is fantastic. Just a big thanks to everyone and looking forward to the race on Sunday now.

“There was obviously a lot of factors. First time for me in a Supercar [at Albert Park] but I sort of trashed my practice hards yesterday, so I just sort of went out there with a clean slate and just tried to work on not overdriving the thing.

“There’s so many corners here, so it’s so easy to lose time. Somehow managed to hook it all up. A lot of pressure on that last lap, but we got it done.

“I’ve just got to thank my whole team. Ray[mond Lau], my engineer, and Ozzie [Nathaniel Osborne] as well, all my guys, it’s just a great reward for them.”

The opening race of the weekend, Race 6, gets underway at 14:20 local time/AEST.