Mostert: WAU needed win after last round ‘hurt our ego’

Mostert: WAU needed win after last round ‘hurt our ego’ 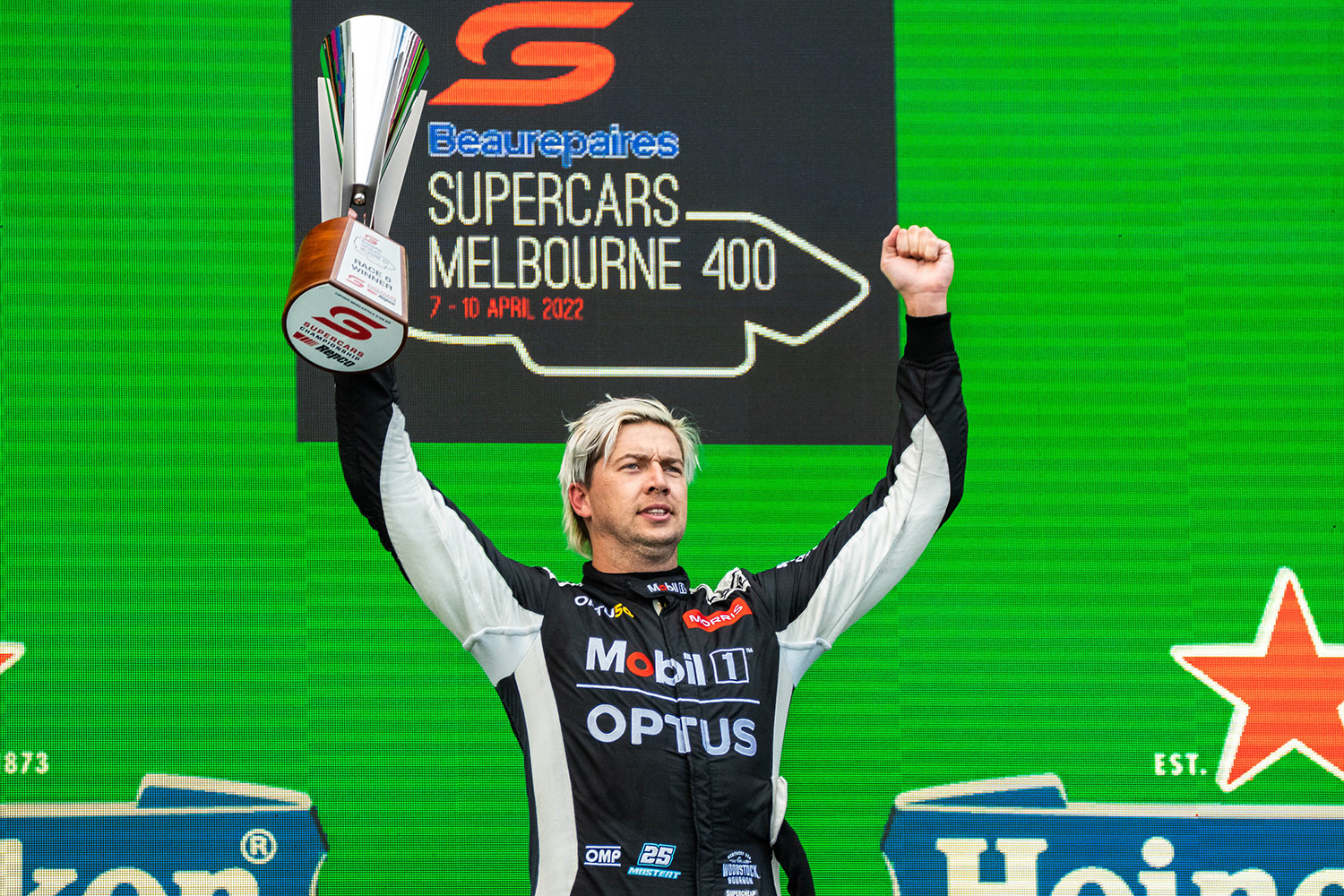 Chaz Mostert says his Race 6 win at Albert Park was desperately needed after a tough time for Walkinshaw Andretti United at Symmons Plains less than a fortnight ago.

The Mobil 1 Optus Racing driver came out firing at the first round at Sydney Motorsport Park, taking the drivers’ championship lead for the first time in his career after a win and a third place finish.

However, the tide turned for the worse at Symmons Plains where Mostert was 23rd, fourth, and 18th across the three-race weekend.

After slumping to fourth in the standings, the two-time Bathurst 1000 winner confessed he wasn’t worried about the championship having been “belted” at the second round.

With a dominant win in Race 6 from third on the grid, Mostert’s smile returned.

“For us and our team, after Tasmania and the results we had there, we really needed this and needed it quite quickly, to be honest,” said Mostert.

“Obviously after SMP, we had a couple of great results there, and then Tassie really hurt our ego a lot.

“It’s good to roll out here, start towards the pointy end. The race was just fun. You couldn’t script that.

“Glad to be on the right end of it and get the result for the team. Obviously looking to tomorrow now and see how we can keep some consistent results going.”

Blistering of the soft compound tyres was a talking point up and down the pit lane after the opening 20-lap race of the weekend.

Mostert was one of those to nail his strategy, making his way to the lead of the race with a pass on Penrite Racing’s David Reynolds on Lap 3 before his tyres fell off and he pitted on Lap 7.

“To be honest, I think it caught everyone off-guard,” said Mostert of the blistering.

“There was no way I think anyone in pit lane would know exactly what it was going to do.

“Everyone’s theory was you were going to do a lot more laps on the soft than what you would do on the hard.

Although the strategy might seem simple having seen what worked and what didn’t in the opening encounter, Mostert said he can’t rest on his laurels.

Indeed, he’ll have a harder time of it in Race 7 and Race 8 when he starts eighth and seventh.

“Half an hour before you nominate what tyre you start on. And as I think you saw today, half did the opposite.

“It’ll be interesting to see what happens tomorrow. I don’t see everyone doing the same thing. I think there might be some different driving styles out there to look after the tyre.

“I wouldn’t be surprised if the engineers have a theory tonight why the car destroys them as well.

“There’s a lot to still play for this weekend. It won’t be just sitting on your fingers and doing the same thing as today.

“You need to keep learning and keep being aggressive and keep going forward. We’ll see what happens tomorrow.

“Our starting position for the first one tomorrow is a little bit further back than where we’d like, so I’ll be looking forward more to Sunday’s race where we’re a little bit more towards the pointy end and having a crack.”

Race 7 of the Repco Supercars Championship at the Formula 1 Heineken Australian Grand Prix gets underway tomorrow at 10:25 local time/AEST.