Marquez not at higher risk of diplopia despite recent crashes

Marquez not at higher risk of diplopia despite recent crashes 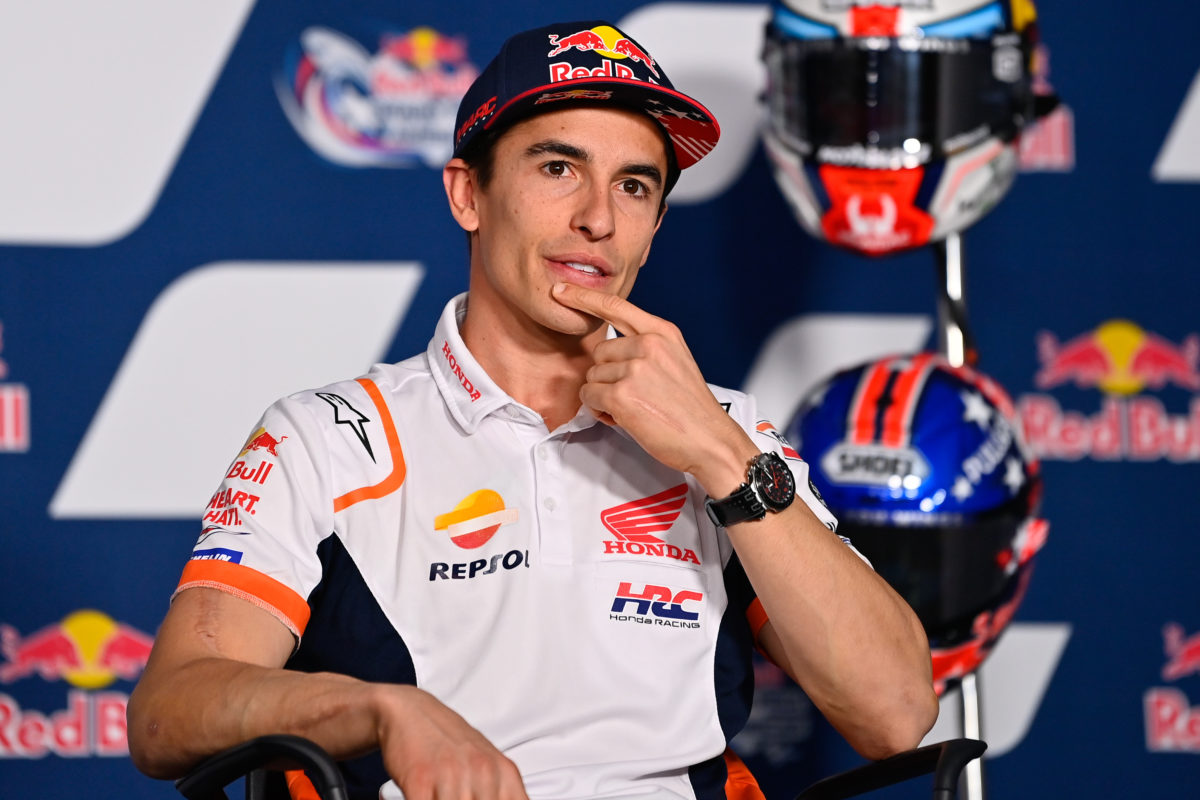 Marc Marquez says that two cases of diplopia in six months has not left him at increased risk of a recurrence, ahead of his latest comeback at the Grand Prix of the Americas.

The six-time MotoGP (premier class) champion missed the races in Indonesia and Argentina after a monster highside in the Warm Up session for the former, which left him initially with concussion.

It was upon his return to Spain that Marquez was diagnosed with diplopia (double vision), as was the case after a motocross training crash in October 2021 which kept him out of the final two races of that year and also post-season testing.

The 29-year-old has a history of vision problems, having undergone surgery in early-2012 after a Moto2 crash at Sepang in which a piece of gravel damaged his eye.

In both the October 2021 and March 2022 incidents, he injured the same, fourth right eye nerve as he did in Malaysia a decade ago.

The Repsol Honda rider admitted it is a physical weakness, but insists it has not been made worse in recent months.

“Yeah, twice vision problem in just six months, but I asked my doctor, which is the percentage that maybe because I had the injury in October and now again, [and] what’s happening if I stop [for] one year completely?” said #93.

“He said that, in the end, the impact that I had in… well, you saw the crash; the impact was huge.

“Because, in the end, [it] is a nerve that, when I had the impact, is just moving a bit and then [causes] me that.

“[It] is one of my weak points, but yeah, just if I’m here for racing, I cannot think that I cannot crash.

“I know that it’s a risk, but it’s my passion and I’m here for racing, not to think about the injuries.”

According to Marquez, he was close to making the Argentina Grand Prix but chose to err on the side of caution.

“After Mandalika [Indonesia] was a really hard week but [it was] lucky for me that the vision injury was much less than last time,” he explained.

“Even for Argentina, I was very close to coming, but I didn’t feel motivated to take that risk.

“We discussed with the doctor and we preferred to stay at home, relax, and then I started to train again in a good way.”

The Spaniard said he feels better than at Round 1 of the season, which came after multiple months out due to the previous diplopia episode, followed by pre-season testing.

However, he admitted that he is looking to regain confidence after the Mandalika crash, and hence the championship is not in his mind this weekend.

“Compared to Qatar, about physical condition, I feel a bit better because in Qatar I was struggling even more, but it’s true that [in terms of] of confidence, I feel much worse,” said Marquez.

“This is something that is obvious after a not so good weekend, after another injury, especially when it affects again the vision.

“That is something that makes me scared, but yeah, apart from that, the championship is important, [it] is there but is not the main target right now on Thursday at the Americas GP.”

Marquez would later explain that his “scared” remark was about the possibility of another long lay-off, but also the effect on his daily life.

Practice at the Circuit of The Americas starts tomorrow morning (AEST).