Love doubles up at Albert Park

Love doubles up at Albert Park 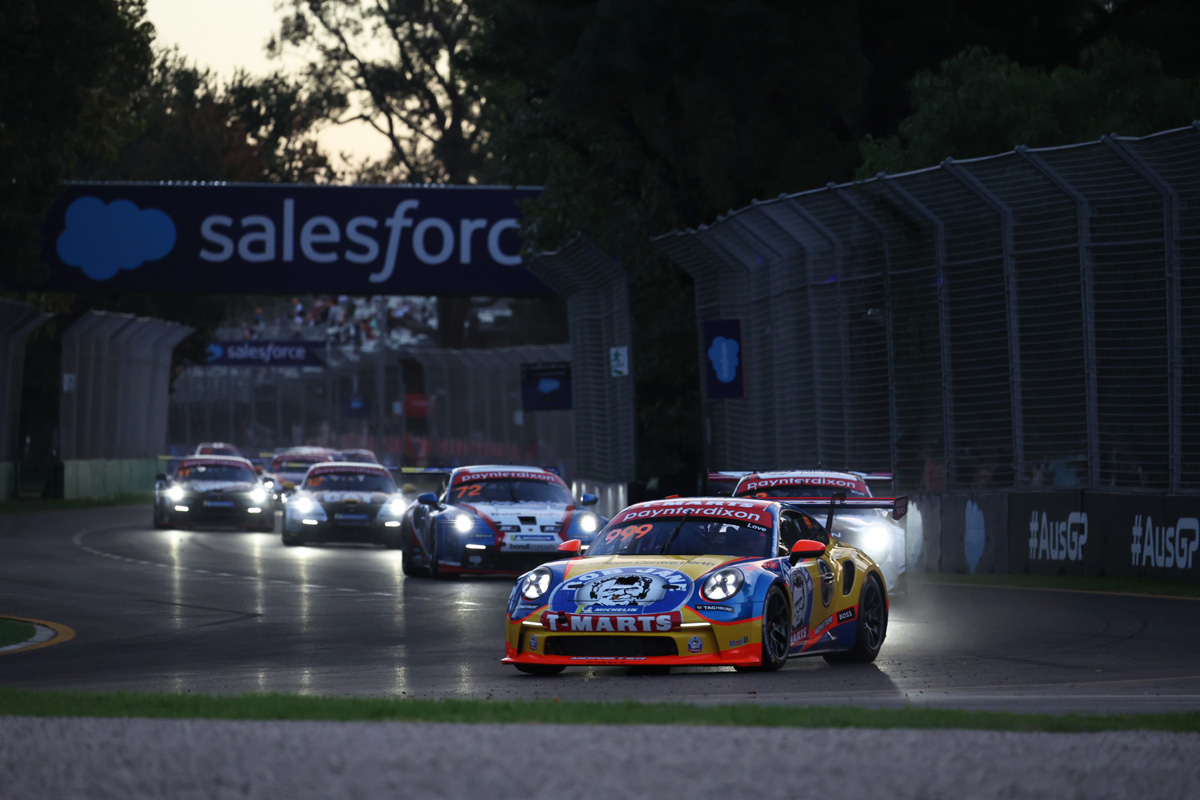 After converting pole position into victory in Race 1 earlier in the day, Love was made to work a little harder in a stop-start twilight affair.

It didn’t take long for the Safety Car to be called in Race 2, Dale Wood being stranded after a first-corner incident.

Racing would resume on Lap 4, only for another caution period almost immediately as Matt Belford struck trouble on the exit of Turn 2.

That would result in another three tours of Albert Park behind the Safety Car, with time certainty limiting the race to 11 laps.

Love led the field with David Wall second, having got ahead of Max Vidau at the start.

Vidau eventually found his way past the 2017 title winner and set about chasing down the leader.

Things came to a head on the final lap, with Vidau boldly grabbing the ascendancy, hanging around the outside of Turn 5 as Love scrambled to recover from running a tad wide at the previous corner.

However, the tables would turn once more a matter of seconds later when the Tekworx Motorsport #72 had a loose moment through Turn 10 and ran off, gifting victory to Love.

Wall would also breeze by, with Vidau left to settle for third.

“At the end of the day, we came away with a race win, but there are a couple of things we can take away from it, and learn from, get stuck into the car and see what we can put together for tomorrow,” said Love.

“Coming back to do just a one-off round with Sonic [Motor Racing Services] at the Grand Prix, I couldn’t think of a better place to do it.

“I’m really happy to get some results for them so far, and hopefully, we can continue the streak onward.”

Pancione had run fourth before a Lap 7 dive from Kiwi teen Callum Hedge shuffled him wide.

It was an eventful run for Hedge, who dropped out of the top five due to a big moment on Lap 9, and then stopped on-track right at the very end.

In the day’s earlier race, it was the same three podium-getters, but with Vidau in second, ahead of Wall.

Mouzouris was fourth on debut, with Pancione, Hedge, Jones, Suhle, Wood and Walls rounding out the Race 1 top 10.