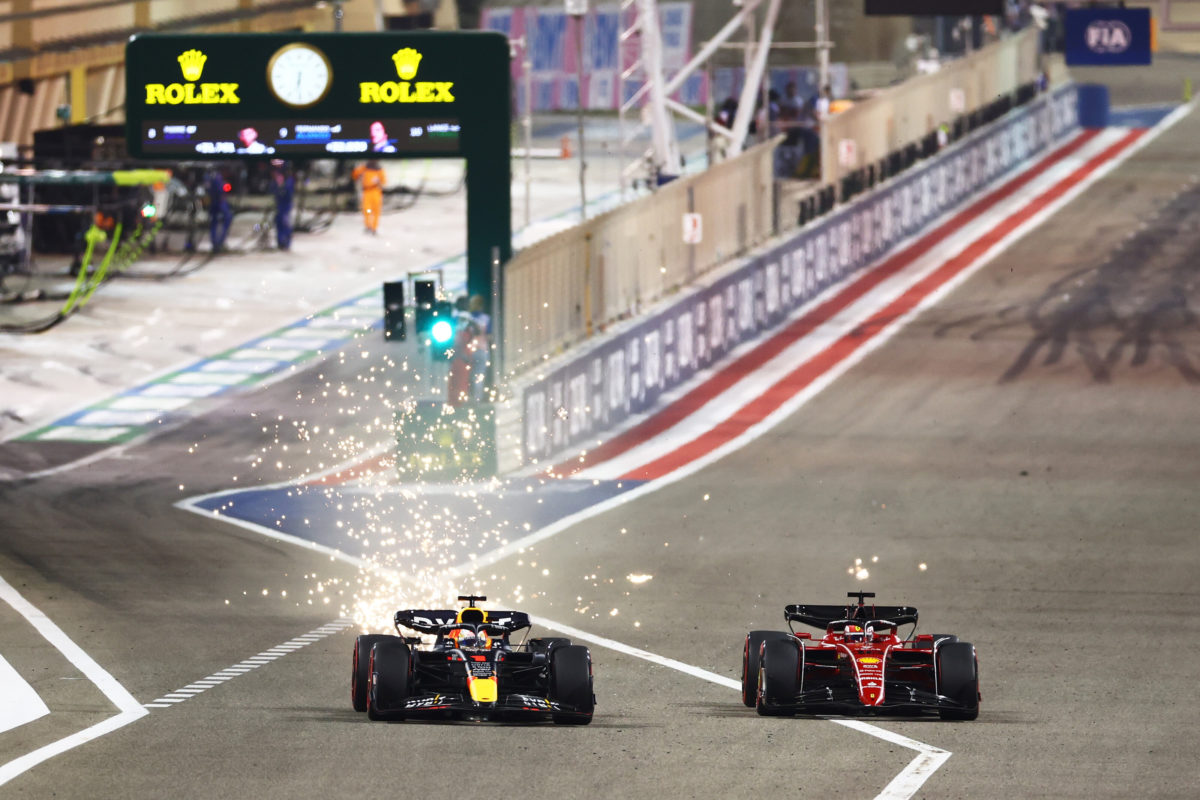 Leclerc leads team-mate Carlos Sainz in the top two spots in the drivers’ championship after the first two rounds of the 2022 season, with the Scuderia boasting more than double the number of points of second-placed Mercedes in the constructors’ standings.

Ferrari has introduced a new energy recovery system and “significantly different” internal combustion engine, in the words of team boss Mattia Binotto, this year, which Verstappen thinks has given them an edge in terms of top speed.

“I personally think the Ferrari is a rocket on the straight but, I don’t know, maybe some other people might disagree,” said the 2021 world drivers’ champion ahead of opening practice for the Australian Grand Prix.

“But, it also depends on the wing level you take.

“We definitely have good top speed but I wouldn’t say we are quicker; we just chose to run lower downforce in Jeddah [Round 2].

“But, it makes it quite interesting if you can choose different types of downforce levels but actually achieve the same lap time; it’s good for battles.

“So, we will see this weekend again. I have no clue, of course, what other people are going to run compared to us, but let’s just go out there and see how much quick we have first of all.”

Verstappen had been queried about Ferrari’s straight-line speed after Leclerc suggested that it is in fact the RBPT-Honda units which have the edge.

The current championship leader had asserted that the old Albert Park layout would have been more suited to the Prancing Horse than the new version which features a particularly long blast along Lakeside Drive from Turn 6 to the flip-flop.

“The only reason why I’m saying that is just because Red Bull seems to be very strong in the straight lines and there are quite a lot of straight lines in general now,” he reasoned.

“I’m still pretty sure that if we do the perfect weekend, there’s still an opportunity for us to do very, very well, so we’ll just focus on our own job, and hopefully we’ll have a great weekend.”

Leclerc offered similar logic to Verstappen in so much that he said that downforce levels were making it difficult to get a true read on engine performance, but claims Red Bull is on top.

“Well, first of all, I think in the last race, they had a different downforce level than us, so whenever we’ll have this, I think we’ll do a step forward,” explained the Monegasque.

“Then, again, focus on ourselves, [and] try to develop the car.

“I think we have a few things that are quite interesting that will come in the next few races, so hopefully this will help us to get the upper hand again.

“But again, it’s very, very close, so every little update that we bring to the car can make the difference, so yeah, we’ll push 100 percent.”