Leclerc keeps Ferrari on top in Practice 2 at Australian GP

Leclerc keeps Ferrari on top in Practice 2 at Australian GP 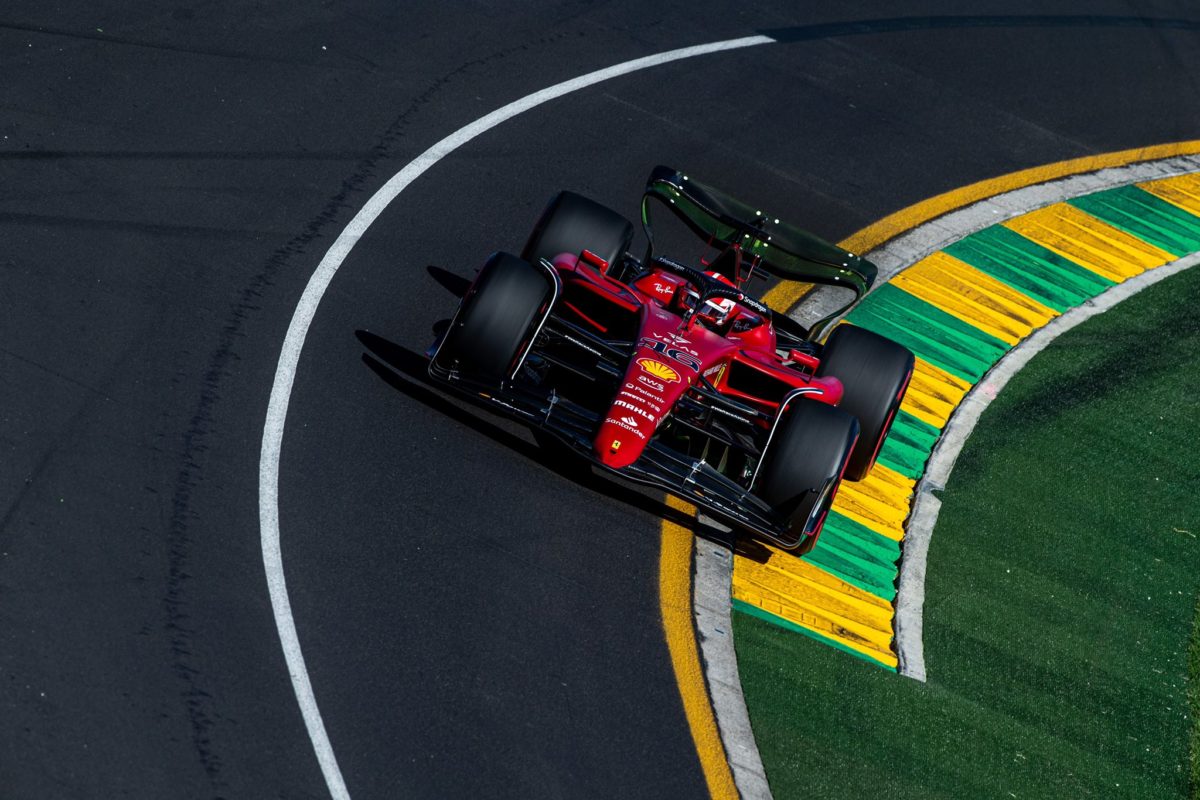 Charles Leclerc has given Scuderia Ferrari a sweep of Friday practice at the Formula 1 Australian Grand Prix.

After the Prancing Horse went one-two in the opening session, Leclerc topped Practice 2 at Albert Park with a 1:18.978s while team-mate Carlos Sainz ended up third on a 1:19.376s.

Under dark clouds, the bulk of the field headed out on medium compound (C3) tyres for their opening runs, with McLaren’s Lando Norris quickest early on a 1:21.852s.

Alfa Romeo Sauber’s Valtteri Bottas upped the pace to a 1:20.432s in the 10th minute, but Leclerc quickly reclaimed the ascendancy with a 1:20.175s.

It was then that drivers started to switch to softs (C5), although Sainz was baulked at Turn 2 by the AlphaTauri of Yuki Tsunoda just as he started his next flying lap.

Leclerc was thus the first to reset the fastest time for the day when he rolled out a 1:19.771s on his initial set of soft compound tyres for the session, although his Spanish team-mate went to a 1:19.568s next time through.

It was another Spaniard in Alonso who soon moved the pace to a 1:19.537s, not long after Bottas had pinched a brake and gone off at Turn 1.

However, Alonso’s time in first position was brief, with Leclerc clocking a 1:19.487s and then Sainz a 1:19.376s, the latter on another set of softs, at the halfway point of the session.

Verstappen had complained earlier of struggling through high-speed corners, but he at least moved the #1 Red Bull entry to fourth with a 1:19.812s in the 32nd minute.

Leclerc had improved to first on a 1:18.978s and Verstappen to third on a 1:19.386s when the latter was threatening to usurp the former as he set the fastest second sector.

The Dutchman spoiled that lap by running wide at Turn 13, the penultimate corner, but regrouped well enough to move up a spot with a 1:19.223s with just under 20 minutes to go.

A red flag was called with little more than 10 minutes left on the clock, after Lance Stroll ran over the exit kerb at Turn 12 and his Aston Martin shed part of its left wheel brow.

By then, however, the serious push laps were done, and the field had largely switched to long runs, meaning there would be no advance on those times.

Hamilton has also been summoned to stewards for allegedly impeding Stroll during the session, and the Canadian likewise for an incident with Sainz.

Sebastian Vettel, whose opening session came to an early end with a power unit issue for his Aston Martin, did not head out at all in Practice 2.

The third and final practice session of the weekend takes place tomorrow from 13:00 local time/AEST.