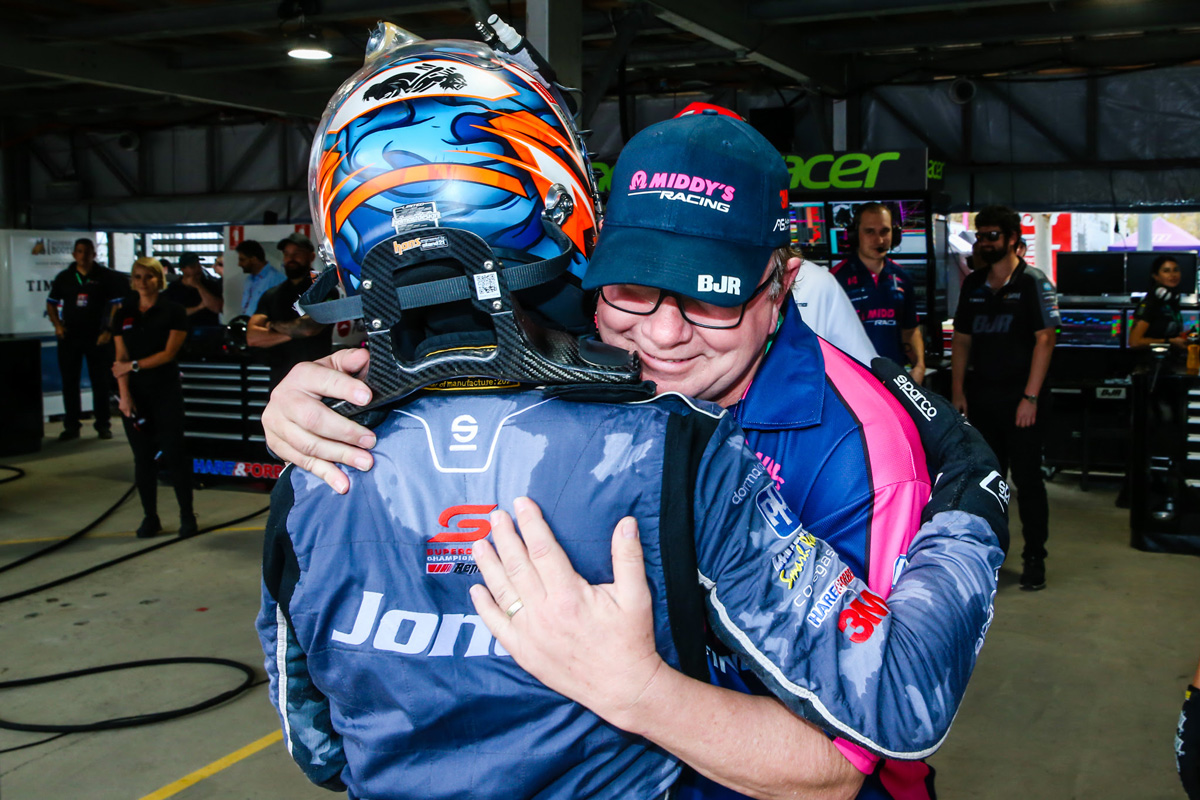 Macauley and Brad Jones share a hug after Race 6

Macauley Jones has celebrated the best solo race result of his Repco Supercars Championship career after securing sixth in Race 6 at Albert Park.

Jones enjoyed a strong Thursday at the Beaurepaires Melbourne 400, showing well in practice before taking eighth in the opening qualifying session.

He survived the tyre chaos to convert that into sixth at the completion of 20 laps, having at one stage been a podium contender.

As those who pitted early for softs began to struggle, Jones looked on for a shock result as the third-highest placed hard tyre runner.

He would lose positions to Nick Percat, Tim Slade, and a hard-charging Shane van Gisbergen, but still was pleased with his afternoon’s work.

“It feels good. When we piece it together, we can be there; we just need to do it consistently and chip away at it,” Jones told Speedcafe.com.

“When you qualify there, it’s much easier to race there and it showed.

“Obviously that race had a fair bit going on with tyre delamination, but our car feels really strong.

“In the past, this hasn’t been a great track for me actually so we’ve done a lot of preparation for all this and obviously a lot has changed within BJR this year and we’re trying to push forward with it.”

Speaking to the loss of positions in the run to the flag, Jones conceded he’d played a tyre conservation game.

“Sladey and Giz obviously had really strong pace there, definitely stronger than what we were, but it’s just trying to manage that,” said the #96 driver.

“When we pitted, it was softs going off a bit of a cliff at that point, so it was just managing and seeing what the hards were going to do.”

Jones was also upbeat about progress made in his race craft, having last year struggled to capitalise on occasions when he did qualify well.

“I sort of feel like we’ve flipped a little bit,” he added.

Jones will face a taller task tomorrow, starting Race 7 and Race 8 from 19th and 18th respectively.