Freight delays to remain a factor in F1 logistics

Freight delays to remain a factor in F1 logistics 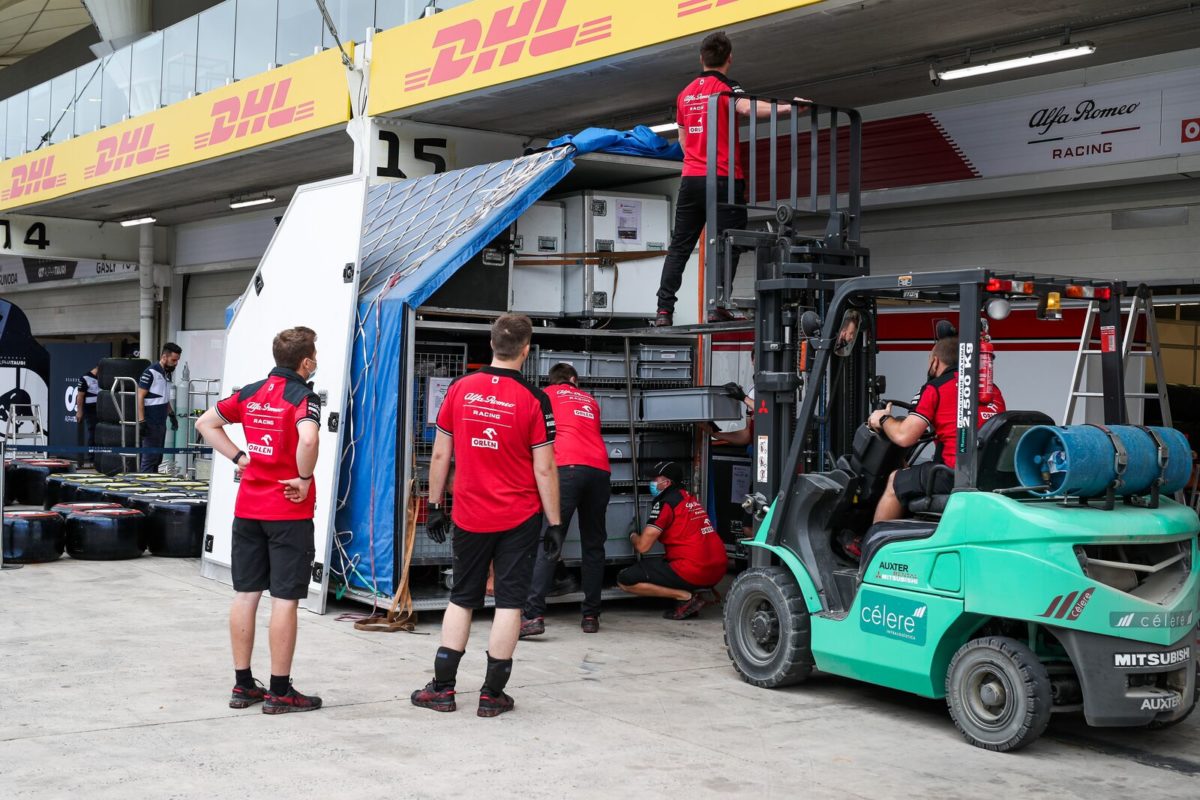 Freight delays are set to remain a risk for F1

Recognising delays were set to impact the Australian Grand Prix, a ship carrying team kit had cargo transferred onto planes in Singapore before being flown the final leg of the journey.

While that was an extraordinary event, Steiner warns the delays which are increasingly commonplace are likely to continue to throw curveballs at the sport for some time to come.

“I think F1 takes it seriously, but it’s one of these scenarios you cannot really control,” he said of the prospect of freight delays.

“We all know that it’s difficult now, especially with the invasion of Ukraine.

“I think there’s a lot of cargo planes out of service now because of the sanctions to Russian companies because they were running or flying a lot of the cargo planes. So it’s not getting any easier.

“And also the ships,” he added.

“We now know, that there is difficulties there.”

Teams use a mixture of air and sea freight, often sending items such as pit walling, of which they have multiple sets, out well ahead of time.

But it’s not only delays that are making the job more difficult, with increased costs coming at a time when the sport is working hard to trim the fat from operating budgets.

“Every time we speak about it, it’s getting higher,” Steiner noted of freight costs.

“Obviously, these things you just have to manage as they come along.

“Everybody is faced with the same issue. So I think it’s a problem for everybody.

“Nobody’s got a disadvantage as long as everybody gets the increase, in which everybody does.

“So [we] just [have] to deal with it and then see how you can navigate through to get to the end of the season, with the budget intact.”

From Melbourne, F1 heads to Europe with the Emilia Romagna Grand Prix at Imola before moving on to the United States, Spain, Monaco, Azerbaijan, and Canada before the end of June.

It makes for a complicated web of logistics for the sport to navigate amid the ongoing, and seemingly ever growing, threat of delays.

“It’s one of those things which are just out of control,” the Haas boss said.

“As long as you don’t get your own planes, you’re always counting other people to help you out.

“Hopefully we can get through it and they put a lot of effort in, but I don’t think in the moment… nobody’s got a guarantee of anything getting at the right place in the right time.”